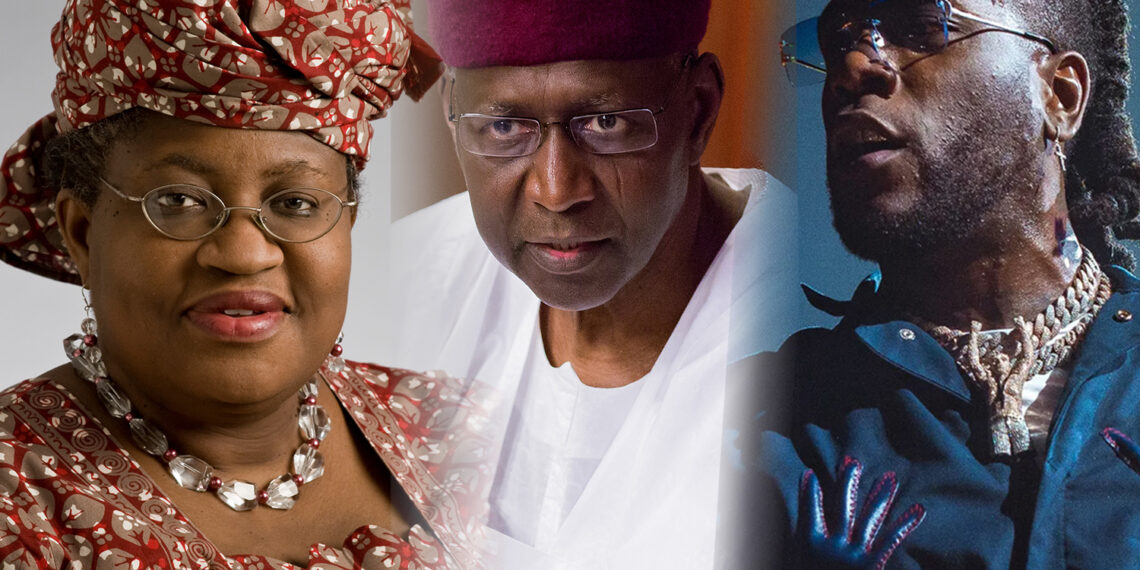 The investiture is billed to hold on 11 October at the State House in Abuja.

President Buhari has listed his late Chief of Staff, Abba Kyari among the 437 nominees for the 2022 National Honours Award.

Also on the national honours list is presidential spokesperson, Femi Adesina, the Registrar of the Joint Admissions and Matriculation Board (JAMB), Ishaq Oloyede, and the Director General of the World Trade Organisation (WTO), Ngozi Okonjo-Iweala.

The investiture is billed to hold on 11 October at the State House in Abuja.

While the late Abba Kyari would be honoured posthumously with the CFR, Mr Adesina and Mrs Okonjo-Iweala would be honored with OON and GCON respectively.

Apart from Mrs Okonjo-Iweala, the other recipients of the GCON are the Senate President, Ahmad Lawan; Chief Justice of Nigeria, Kayode Ariwoola, his predecessor; Tanko Muhammad and UN Deputy Secretary General; Amina Mohammed.

Others are Inspector General of Police, Usman Alkali, his predecessor, Mohammed Adamu, Emir of Lafia, Sidi Bage, and Tor Tiv, James Ayatse, amongst others.

Others are Babagana Zulum (Borno), Kayode Fayemi (Ekiti), Deputy Speaker of the House of Representatives; Idris Wase, Finance minister, Zainab Ahmed and her works counterpart, Babatunde Fashola, amongst others.

Nominees in this category include Catholic Archbishop of Abuja, Ignatius Kaigama, CEO of the NNPCL, Mele Kyari, Nasiru Bayero and Muiz Banire.

Others are Ishaq Bello, Aliyu El-Nafaty and Kehinde Aina, amongst others.

Some nominees in this category include National Assembly members such as Alhassan Doguwa, Muktar Betara, Ndudi Elumelu and Nkiruka Onyejeocha.

Others are a former Permanent Secretary, Sunday Echono, NBA President Yakubu Maikyau, Sarki Abba and Sabiu (Tunde) Yusuf, amongst others.

Others are Simon Shango, Billy Okoye, Akwa Okon and Emeka Agbanari, amongst others.

Notable in this category are 2Face Idibia, Shehu Othman, Teni the entertainer and Abubakar Maikano.