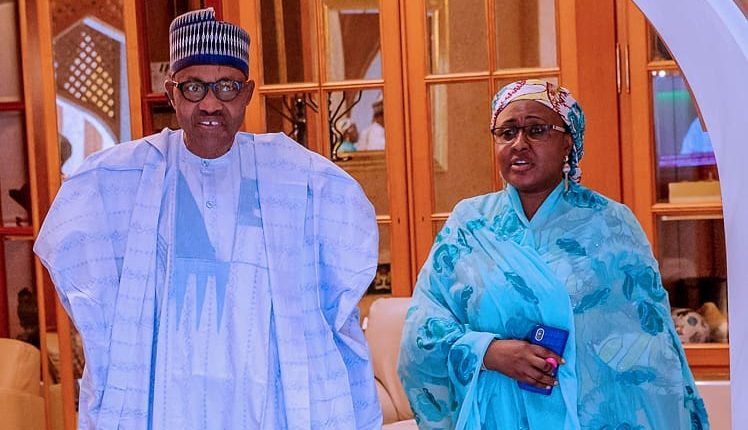 The All Progressives Congress (APC) has constituted the women wing of its presidential campaign with Aisha Buhari, wife of President Muhammadu Buhari, as the grand patron.

Asabe Villita, a former member of the House of Representatives from Borno State, was appointed the national coordinator of the team with Lauretta Onochie, the controversial aide to President Muhammadu Buhari, as her deputy.

However, Dolapo Osinbajo, the wife of Vice President, Yemi Osinbajo, is noticeably absent from the campaign list released on Saturday by Rinsola Abiola in Abuja.

PREMIUM TIMES had reported the exclusion of Mr Osinbajo from the list of the APC Presidential Campaign Council released by the APC a week ago.

Mr Osinbajo lost the APC presidential primaries to his former boss, Mr Tinubu at the convention in June. While other aspirants have been drafted into the campaign, the vice president was excluded from the campaign council.

He served as the attorney general and commissioner for justice of Lagos State under Mr Tinubu. The latter is also believed to have nominated Mr Osinbajo for the office of the vice president in 2015.

To debunk speculations of a rift between Messrs Tinubu and Osinbajo, the ruling party had in a statement claimed that President Muhammadu Buhari requested the exclusion of his deputy and the Secretary to the Government of the Federation, Boss Mustapha, to allow them to focus on governance.

Mr Buhari is the Head of the council.

The APC is still struggling with backlash over its Muslim/Muslim ticket and these officials are two of the highest-ranking Christians in the administration.

Wives of governors to coordinate their states

Zainab Bagudu is the zonal head of North-west, Falmata Zulum for North-east, Olufolake Abdulrasaq for North-central, Claudian Sanwo-Olu for South-west, Chioma Uzodinma for South-east and Linda Ayade for South-south. They are the wives of Kebbi, Borno,Kwara, Lagos, Imo and Cross River States.

According to the statement, all ministers’ wives, all female senators, all female ministers and all APC deputy governors’ wives are members of the campaign team.

The administrative secretariat is headed by Wahab Alawiye-King, who is also the chairman of the committee on strategic planning.

Fatima Raji-Rasaki, a former Senator, chairs the committee on logistics, while the media team is chaired by Modele Sarafatu-Yusuf.

The committee on finance and special duty is headed by Adejoke Orelope-Adefulire, a former deputy governor in Lagos State and Abike Dabiri, has been saddled with the reponsibility of Diaspora Committee.

Veteran actor, Joke Sylva, is leading the performing arts committee of the campaign.

The team directed that all appointees are to collect their letters of appointment at the Tinubu/Shettima Women Presidential Campaign Office at No 2 Kainji Crescent, off Lake Chad Crescent, Maitama, Abuja.

On our marks – as campaign season begins, By Ayisha Osori