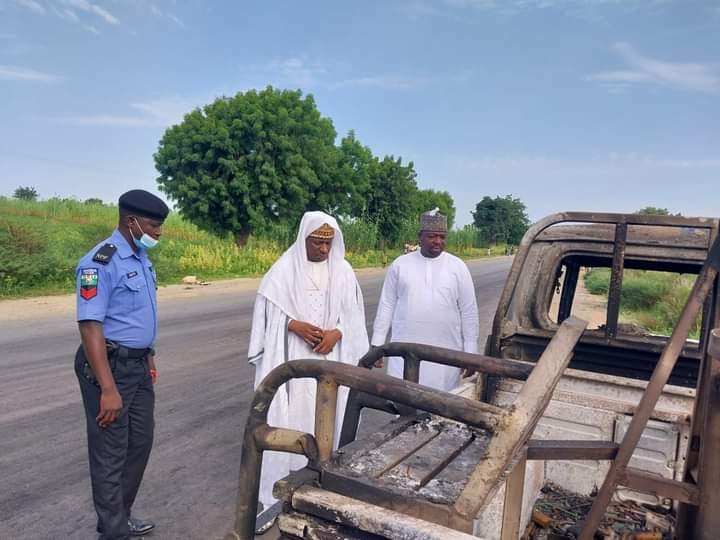 Terrorists on Wednesday and Thursday killed four security personnel in separate attacks in Zamfara and Katsina.

PREMIUM TIMES gathered that three soldiers, including a major were, killed by terrorists suspected to be under the notorious kingpin, Dan Karami in an ambush around 9:00 p.m in Zamfara State.

Also, an officer of the Nigeria Customs Service was killed in Katsina around 2:30 a.m on Thursday.

In Zamfara State, a local source who asked not to be named for safety reasons said the soldiers were ambushed by the terrorists while they were responding to a distress call from residents of Yar Dole community of Kaura Namoda.

He said the team leader, a major, gave his contacts and that of other soldiers to residents to call them if they ever came under attack.

“We all knew him (the major) anytime we anticipated bandits’ attack, we would just call him and he would come. Even yesterday (Wednesday) he was called by the people of Yar Dolen Kaura but unknown to them the bandits had stationed some of their men on the road,” he said.

He said the officer and two other soldiers were killed while others sustained injuries.

PREMIUM TIMES also gathered from a Kaura Namoda Local Government Council staffer that the Sole Administrator of the council, Nasir Oja and the Emir of Kaura Namoda, Sanusi Asha, visited the scene of the attack.

“Yes, we lost one of the gallant officers in the state because the officer was very dedicated. Immediately they were ambushed, security agents were sent on reinforcement and the bandits were also killed and wounded but you know they don’t leave their friends’ corpses behind. The Council helped take the wounded soldiers to the hospital,” the local staffer, who also sought anonymity because he was not authorised to speak to the press, said.

The spokesperson for 1 Brigade Nigerian Army in Gusau, Zamfara State, Ibrahim Yahaya, a captain, didn’t respond to calls and SMS sent to him during the attack.

In Katsina, PREMIUM TIMES gathered that the terrorists attacked a joint security checkpoint not far from the Nigerian Army Battalion Natsinta Barracks on Jibia road.

A local source, Ibrahim Ali, said the terrorists came on motorcycles from the Bugaje village axis of the road and started shooting.

“I heard the roaring of their motorcycles from my house then suddenly, I began hearing gunshots. In the morning, we heard that the attack was at the checkpoint. We’re happy in this area because we think with these checkpoints, we would be safe but it was terrible hearing those gunshots yesterday,” he said.

A security source said the terrorists targeted officers of the joint security force and killed a customs officer.

The Nigeria Customs Service spokesperson in Katsina, Tahir Balarabe, confirmed the killing but said he would not comment officially because the slain officer belonged to the Strike Force.

“Yes, it happened as you said but we’ve not released a statement because, though he was our colleague, he was an officer of the Strike Force. So, you people should wait for the strike force to release an official statement on the attack,” he said.