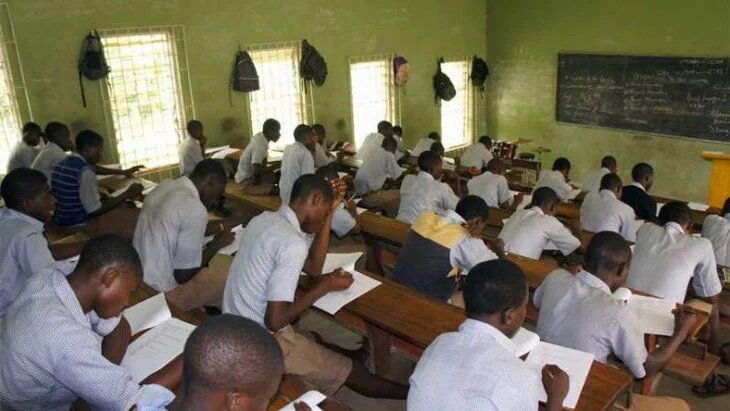 NECO said apart from four schools recommended for de-recognition over examination malpractice, 29 teachers were also sanctioned for their involvement.

The National Examinations Council (NECO) on Thursday released the results of the internal diet of the 2022 Senior School Certificate Examination (SSCE).

Mr Wushishi, a professor, said 727,864 candidates representing 60.74 per cent of a total of 1,198,412 candidates who sat the examination recorded credit pass and above in five subjects including English Language and Mathematics.

The registrar, who was announcing the examination body’s results for the first time as a substantive head, described the process as a big achievement.

He said: “It gives me great pleasure to inform you that the conduct of this year’s Senior School Certificate Examination (SSCE) Internal has been adjudged by many stakeholders to be hugely successful in recent years. This indeed is a big achievement.”

Meanwhile, the registrar also revealed that a total of 13,594 candidates representing 0.13 per cent of the total number of candidates were involved in various forms of malpractice during the school-based examination.

Mr Wushishi said the figure of those involved in examination malpractice in 2021 was 20,003 and that it represented 1.63 per cent of the total number of candidates for the year. He, however, noted that NECO would remain steadfast in its commitment to sanitising the system.

“The Council has a long-standing tradition of zero tolerance for malpractice. Thus, it can be noticed that the malpractice incidence in 2022 has dropped, compared to the figure of 2021,” he said.

The registrar said as part of efforts to show stakeholders of its commitment to zero-tolerance for examination malpractice, four schools were recommended for de-recognition “for two years due to their involvement in mass cheating/whole school cases.”

“Also, twenty-nine (29) supervisors were blacklisted for various offences ranging from poor supervision, Insult, Aiding and Abetting, during the examinations,” the registrar added.