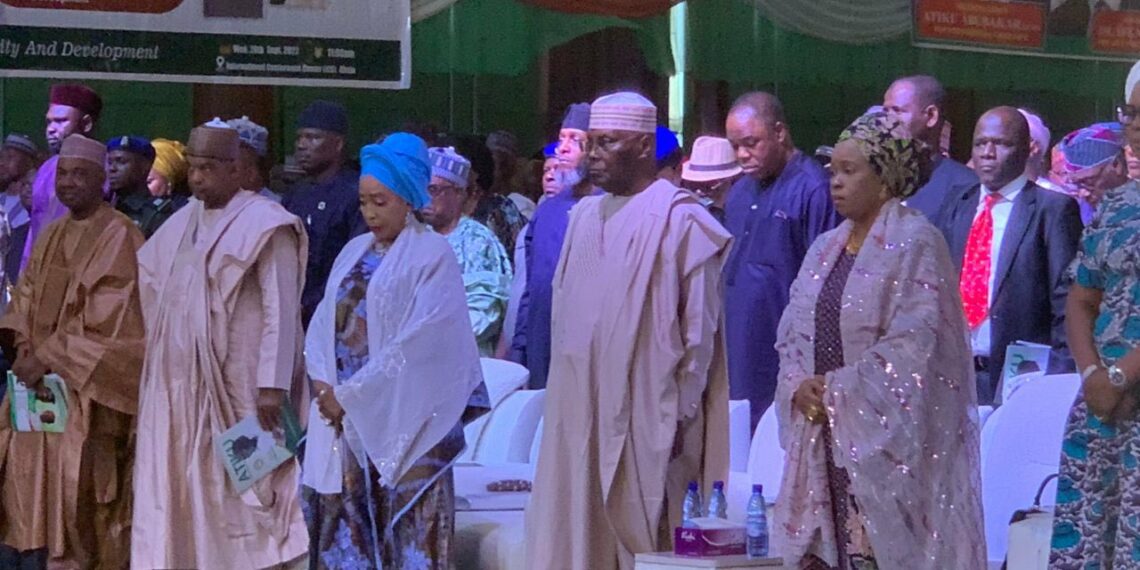 Inauguration of the PDP Presidential Campaign Council at the International Conference Centre, Abuja

The governors are members of the PDP Presidential Campaign Council set up on 16 September to prosecute the campaign of the party’s presidential candidate, Atiku Abubakar.

The inauguration is to mark the start of campaign activities for the party.

However, noticeably absent at the event were Governors Nyesom Wike of Rivers State, Samuel Ortom of Benue State, Okezie Ikpeazu of Abia State and Seyi Makinde of Oyo State. While Mr Makinde is the vice chairman (South) of the council, the rest are members.

It is however not unrelated to their recent calls for a balance in the leadership structure of the party by ensuring that all regions, particularly the south, are properly represented.

Last week, Mr Wike and his team announced their withdrawal from Atiku’s campaign.

They insisted they would not participate in the campaigns except the National Chairman, Iyorchia Ayu, resigns his position.

At the inauguration, the Deputy National Chairman (North) of the party, Umar Damagum, noted that the list of members on the Council is 600 – against the 325-member list released earlier.

Chairman of the Council and Governor of Akwa Ibom State, Udom Emmanuel, charged members of the panel to work hard and diligently to ensure victory for the party at the 2023 general elections.

He said their being listed as members of the Council is borne out of the trust the party has in them to perform and win at the polls. He also urged all aggrieved members of the party to shelve their grievances and unite with the party for the greater good.

The PDP is expected to commence campaign rallies across the country after the Council’s strategic meeting on Thursday.

PREMIUM TIMES reported how the party plans to commence a campaign rally at Makurdi, the Benue State capital, which is also the home of the party’s National Chairman, Iyorchia Ayu.