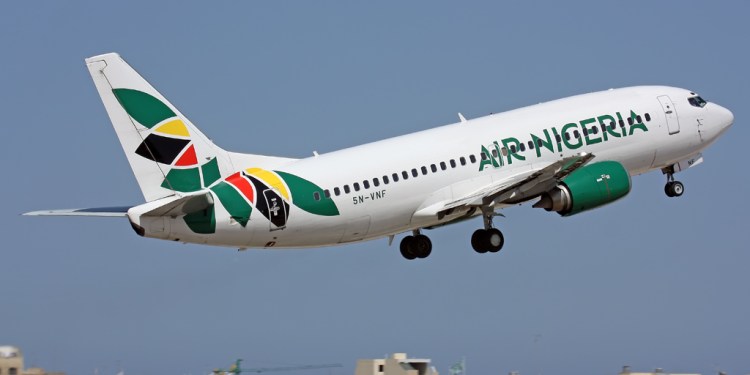 "For the avoidance of doubt, the equity ownership structure of Nigeria Air stands as : Ethiopian Airlines 49%, Nigerian private investors (SAHCO, MRS and other institutional investors) 46% and the Federal Government 5%."

Nigeria’s Aviation Minister Hadi Sirika has said the Nigerian Sovereign Investment Authority (NSIA) is not part of the private equity ownership of the Nigeria Air project as the government initially claimed on Friday.

In a statement issued by a Special Assistant (Public Affairs) to the minister, James Odaudu, on Saturday, Mr Sirika said the NSIA is not in any way involved in the Nigeria carrier bidding process.

“We wish to clarify that the Authority (NSIA) is not involved, in any way, as part of the private equity ownership of the airline, being a government establishment,” the statement partly read.

This is contrary to the brief issued by Mr Odaudu on Friday, which stated that the Ethiopian Airlines is the core investors in Nigeria Air with 49 per cent shareholding and that the NSIA is among the three Nigerian investors with 46 per cent equity.

However, in less than 24 hours after the aviation minister announced the preferred bidders and investors of the Nigeria carrier, Nigeria Air, Mr Sirika described the NSIA inclusion as “an error”.

“It should be noted that the NSIA was not mentioned in the Honourable Minister’s presentation, but only in the general brief given to the media, an error made during its preparation,” the statement noted.

It said, “For the avoidance of doubt, the equity ownership structure of Nigeria Air stands as : Ethiopian Airlines 49%, Nigerian private investors (SAHCO, MRS and other institutional investors) 46% and the Federal Government 5%.”

“The public, especially the business community and the media should please take note,” the statement said.

In July, the Federal Executive Council approved the leasing of three aircraft to enable the airline commence operations on a date to be announced soon by the government.

Many Nigerians are still suspicious of the plan to launch a national carrier, partly with public funds, at a time the government is struggling to fund other essential services.

Why Africa’s food imports bill ‘could double by 2030’ – Report