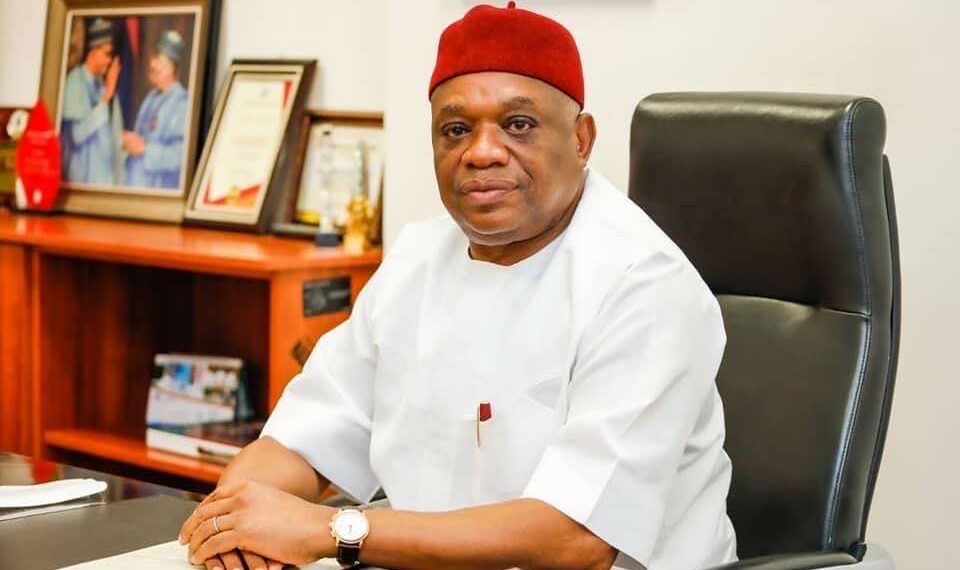 The senator said the Igbo will have to wait “for another time to see how Nigerians will agree to zone the presidency to the east”.

The Chief Whip of the Nigerian Senate, Orji Kalu, has said it is not “feasible” for the Igbos to produce Nigeria’s president in 2023.

He said the Igbos will have to wait “for another time to see how Nigerians will agree to zone the presidency to the east”.

“If anyone is to be nominated as president of Igbo extraction, I could have been the one, but I see it not feasible yet,” he added.

Mr Kalu made the remarks in Abuja on Tuesday while addressing reporters, according to the News Agency of Nigeria (NAN).

The senator is an Igbo and a member of the ruling All Progressives Congress (APC). He represents Abia North District.

He wanted to contest the 2023 presidential election, but changed his mind and stepped down for the Senate President, Ahmed Lawan, before the APC primary.

Mr Kalu told reporters that the APC presidential candidate, Bola Tinubu, is a “strategist” and that if Mr Tinubu wins the 2023 election, the South-east, where the Igbo is the dominant group, would be the “biggest beneficiary”.

“Let me be honest with you, we were governors together, he (Tinubu) is a strategist, he will make the presidency benefit the Igbos.

“The Igbo people are going to be the biggest beneficiary of Tinubu’s presidency, and you will see it. Hold me responsible,” he said.

Mr Kalu, who is a former governor of Abia State, said he was not against an Igbo man becoming Nigeria’s president.

“I have no problem with an Ibo man becoming president, but we have to do it with other Nigerians.

“Mind you, I am an Igbo man to the core, I am also a Nigerian to the core and nobody can take that away from me.

“This is a party business. I have no business with whoever is running. For me, it is not personal, but it is political and a party affair.

“It is about a party winning an election. I have chosen to be in APC, so why should I vote against Bola Tinubu? It is madness, and I am not going to do it.

“It is the party you belong to that you will deliver, we will wait for another time to see how Nigerians will agree to zone the presidency to the east.

“But for now our presidential candidate is Bola Ahmed Tinubu and I will vote for him,” he said.

Senator Kalu urged everyone who contested against Mr Tinubu at the primaries to come together and ensure the APC wins the presidential election.

Peter Obi, the Labour Party presidential candidate, is an Igbo.

Mr Obi, a former governor of Anambra State, Nigeria’s South-east, enjoys a great following across Nigeria, which some political analysts believe could upset the other two major political parties – the APC and the Peoples Democratic Party – in next year’s election.