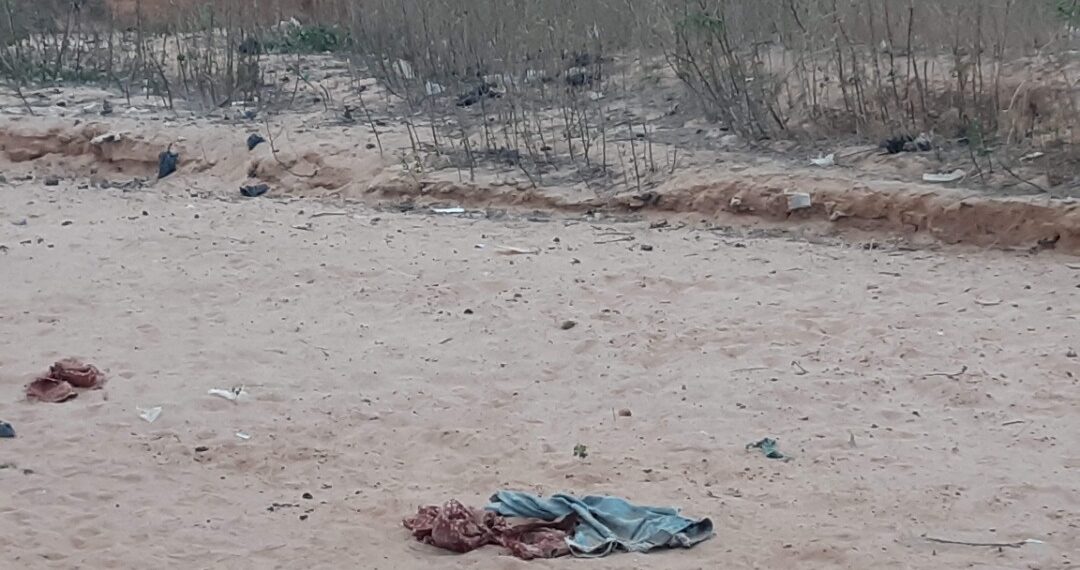 Once cropland, the broad strip of land Umaru Tanko had cultivated in the past years has now turned arid sand. It is useless for rice and wheat cultivation that is common among farmers in Jega, an agrarian commodity market town in Kebbi State, a part of the Sahel in Nigeria’s far north.

When the Nigerian government launched the pilot phase of the Anchor Borrowers’ Programme in Kebbi State in late 2015, Mr Tanko was one of the more than 70,000 beneficiaries. But his land is now among the vast swathes of land in the north suffering desert-like conditions. This combines with insecurity to fuel Nigeria’s food hardship as food inflation hits a record 20.60 per cent in June 2022 from 9.20 per cent in 2015, despite the high promise of the ABP intervention.

Rice – like wheat-based foods such as bread and noodles – is the most popular staple in Nigeria, a country of more than 200 million people. The country’s national rice consumption is 6.7 million metric tonnes per annum, according to the Food and Agriculture Organisation. However, by 2015 when the ABP launched, only about 3.7 million metric tonnes were locally produced with the remaining imported or smuggled into the country through porous land borders.

The ABP intervention was, therefore, also to scale down food import bills and conserve foreign exchange as the country’s economy was then sliding into recession amid falling oil prices. In addition, rice mills could raise their capacity utilisation with more farmers assisted to produce more rice paddies.

“We were close to full capacity utilisation at over 80 per cent from less than 35 per cent before the ABP,” said Abdullahi Zuru, the general manager of Labana rice mill in Birnin Kebbi, which off-takes rice paddies from farmers like Mr Tanko.

Thanks to the ABP intervention, Labana rice mill was able to double its number of out-growers (farmers supplying rice paddies) from 3500 and in turn, achieved over 80 per cent capacity utilisation, Mr Zuru, the general manager, said.

Nigeria now has at least 68 rice mills from 10 in 2015, an over 500 per cent jump, following the ABP. But as more rice mills opened, supplies of paddies are declining, thereby reversing progress.

“We are now down to less than 40 per cent,” Mr Zuru said, lamenting how “the gains we had recorded in the past years are now being reversed due to falling supplies of paddies,” a crisis other millers are facing.

Environmental degradation, such as the desertification affecting Mr Tanko’s farm in Jega, is playing a role in shortening supplies to the millers. 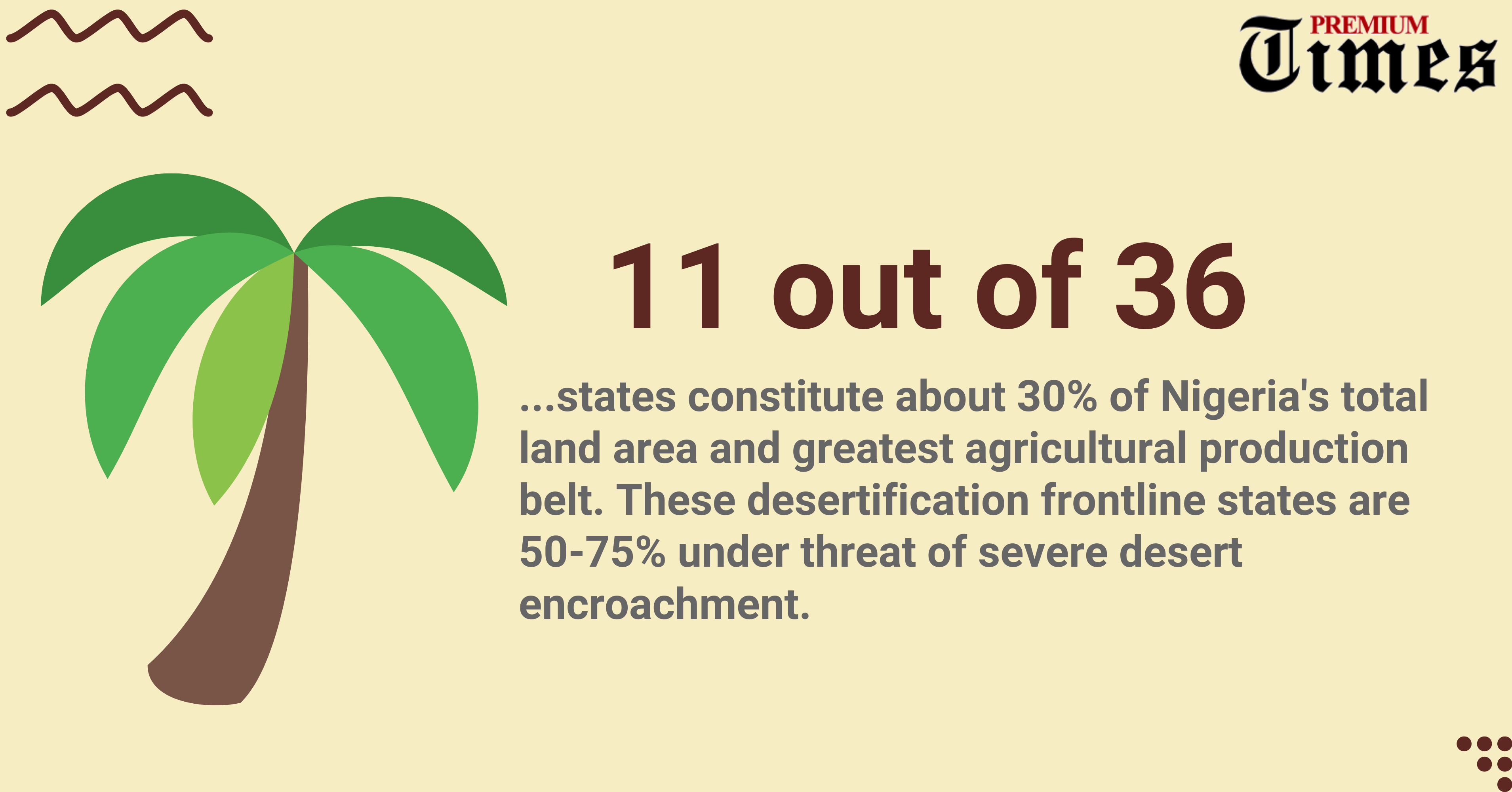 Apart from Kebbi State, 10 other far northern states (Adamawa, Bauchi, Borno, Gombe, Jigawa, Kano, Katsina, Sokoto, Yobe, and Zamfara) are regarded as “desertification frontline” states. Nigeria is estimated to be losing 351,000 hectares of its 70.8 million hectares of arable land to desert conditions annually with the Sahara Desert expanding southward at the rate of 0.6 KM each year, according to official records.

“We used to farm there before but nothing now grows there and we have to move southward,” said Usman Kaita, a farmer in Katsina’s Jibia community on Nigeria’s border with the Niger Republic, referring to the desert encroachment affecting swathes of land the farmers had cultivated in the past years. “We have been shifting every year.”

Similarly, in Goronyo, Sokoto State, aridity is expanding to previously fertile land. Hamza Mohammed, a Goronyo rice and wheat farmer, said the pieces of land cultivated in the past years have become nonproductive even when rain-fed.

The 11 “desertification frontline” states constitute about one-third of Nigeria’s total land area and greatest agricultural production belt but 50-75 per cent of their land is said to be under severe desert encroachment threat.

By May 2022, according to the Central Bank of Nigeria, N1.01 trillion had been spent under the ABP, benefitting 4.2 million farmers farming 21 commodities. Rice and wheat are believed to have taken the largest share because they form the government’s priority. Nevertheless, if it is worrying that local rice production has still not met national consumption demand, the wheat statistics are woeful despite the ABP investments. In the decade between 2010 and 2020, Nigeria imported about 98 per cent of its wheat, and since 2015 when the ABP launched, local wheat production has been around 60 tonnes per annum compared to 100 tonnes in 2010.

The impact of environmental degradation on agricultural productivity in Nigeria’s north, the largest food production belt, has been acknowledged. As rural farmers try climate change adaptation measures like using cattle dung to fight desert conditions, the government has constructed large-scale irrigation systems in different parts of the north to cope with the region’s peculiar environmental challenges.

The north, being a semi-arid region, has a shorter wet season, from May/June to September, compared to the humid south’s February/March to November/December.

The irrigation systems – in Jibia, Goronyo, Argungu, and Jega, among other places – have therefore helped to keep farming going despite the environmental crisis which becomes even more severe during the long dry season.

In Jibia, Mr Kaita said he had to shift from the already desertification-affected area to around the reach of the irrigation system.

Similarly, development organisations have also deployed support to achieve resilience. One such organisation is the Alliance for Green Revolution in Africa, AGRA, which has helped to confront climate change effects by strengthening partnerships to scale up the adoption and delivery of seed and fertilizer. This initiative, which benefitted farmers, technical staff of seed companies, and government seed certification officials, is aimed at sustaining staple food productivity and securing income for smallholder farmers.

But, in addition to environmental degradation, insecurity is forcing farmers out of their farms even where climate change coping measures – like irrigation systems or interventions by development organisations like AGRA – are in place. 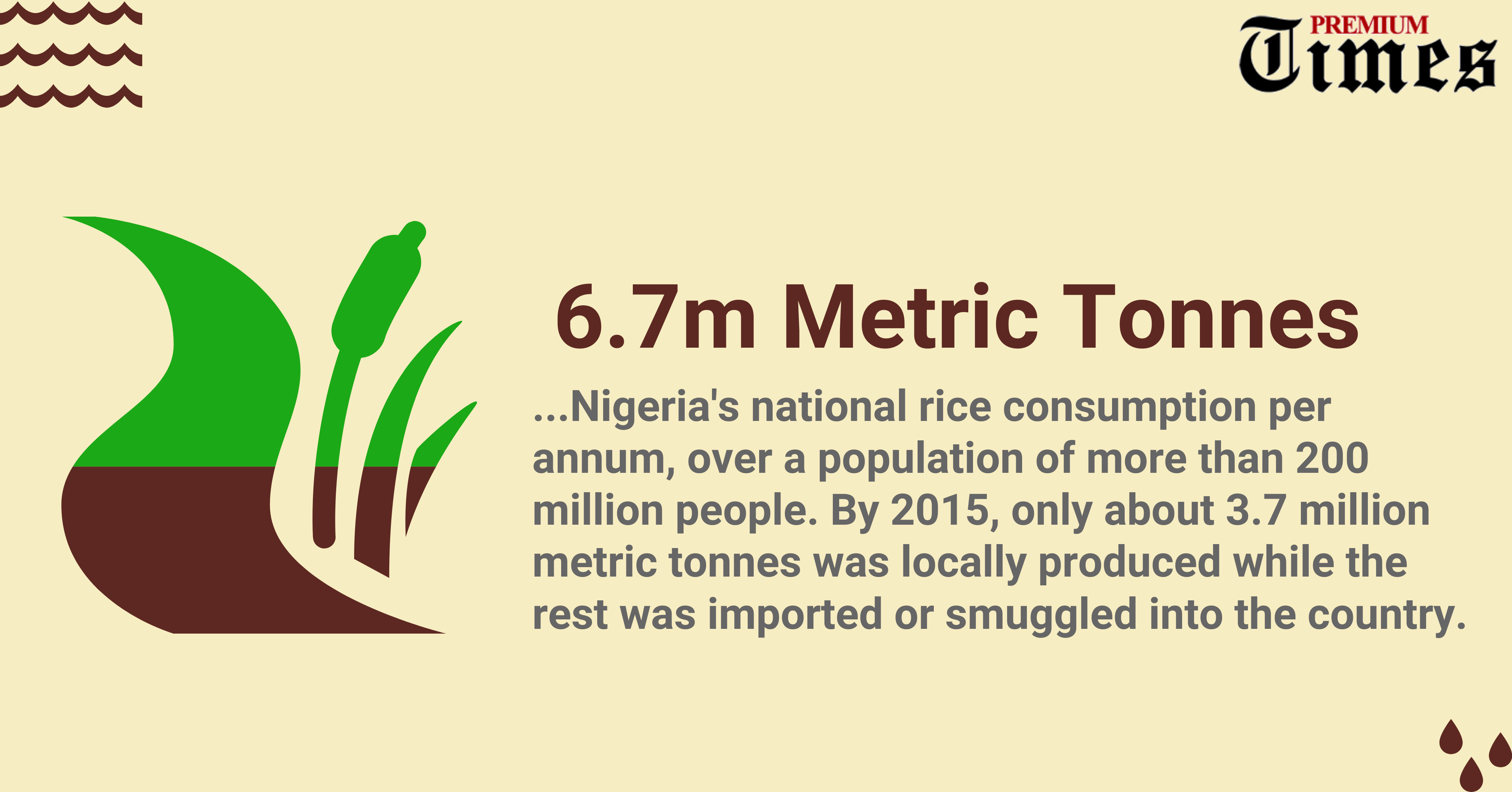 While Boko Haram terrorism remains an active threat in the North-east region, in the North-west, terrorists, locally called bandits, are ravaging rural communities, precipitating a humongous humanitarian disaster. In what has become a seemingly intractable security crisis, the bandits, mostly of the pastoralist Fulani stock, are conducting mass abductions for ransom and mass killings; many times targeting native Hausa communities, mostly formed of farmers.

According to reported cases compiled by Nigeria Security Tracker, a programme of the US Council on Foreign Relations, 1,103 people were killed and 746 abducted in the North-west between January and March 2022.

“Insecurity is affecting our out-growers,” said Mr Zuru, Labana rice mill’s general manager. “Most of the farmers have been displaced especially in Zuru and Yauri. They cannot go to farms. So, we can’t get sufficient paddies. Our productivity has reduced, down to below 40 per cent from 80 per cent.”

Yauri and Zuru, though located in Kebbi State, are close Niger State, one of the states AGRA has focused a major intervention to “help small-holder farmers access seeds, improve varieties and make sure they have access to top-quality inputs.” AGRA’s more recent Gender Consortium project – targeting 50 thousand women farmers – is also being implemented in Niger State, as well as Kaduna State. The project, according to AGRA, is to enhance their resilience and deliver gender inclusive rural economy for increased productivity, livelihoods, and food security.

The success of these interventions depends on the progress Nigeria’s government makes against insecurity, which is making a mess of initiatives to address challenges brought about by environmental degradation.

Apart from Labana, other downstream businesses that depend on farmers for raw materials have also been affected. GBfoods, a global leader in culinary products manufacturing, shut down its N20 billion ($51 million) tomato processing factory in Kebbi State this year due to insecurity, a blow to Nigeria’s hope of self-sufficiency in tomato concentrate production.

Opened in 2020, it was designed to be fully backwards-integrated to boost local tomato farming. Not only that out-growers serving the factory are displaced due to insecurity, but armed bandits also attacked the factory in March killing four cops in an attempt to kidnap expatriates.

Unlike crop farmers like Mr Tanko, who usually endure the hardship occasioned by environmental degradation and insecurity by remaining in the north to find new areas yet to be affected by the two problems, pastoralists normally migrate southwards, especially during dry seasons.

In the context of population expansion, ethnoreligious distrust, and weak governance, this results in an intense, often violent competition for water and land resources between the nomadic pastoralists and sedentary middle belt farmers.

This explains Nigeria’s perennial farmer-pastoralist conflict, on its own a threat to food production.

On the international front, rising wheat import prices due to the conflict in the Black Sea area have a multiplier effect on the prices of wheat-based staples like bread. In addition, the skyrocketing price of diesel also occasioned by the Russia-Ukraine conflict affects local food prices because of the consequent costs of transportation and powering businesses in a country where about half of the population is not connected to grid electricity and power outage is common for those connected.

But the international factor only adds to the hardship; food prices in Nigeria had been rising before the conflict in Ukraine mainly due to environmental degradation and insecurity as well as the closure of land borders. The border closure affected the flow of all kinds of goods, including food products like rice and vegetable oil, despite local production not being sufficient to meet demand.

In the South, which is more developed but agriculturally less productive, insecurity and environmental crisis are less severe.

However, the problems, in the North as well as the international factor, are affecting food prices in the South too. At commodity markets in southern cities like Lagos and Ibadan, traders lamented that their travels to bring food commodities from northern towns like Mr Tanko’s Jega have nearly stopped due to insecurity.

“And if we ever brave the insecurity to travel, commodities like beans, tomato, or onions, are not as plentiful in the markets as they used to be; so, we buy at higher prices and sell at higher prices when we get home,” Rasheedah Oluokun at Ibadan’s Bodija Market said.

“The cost of transportation is also too high and that will have to reflect in food prices.”

“One of my customers (from the North) told me that his father, alongside his siblings, were killed on the farm by the bandits,” Mr Maruf said.

“As you can see this tomato (pointing at the tomato basket in his front, as he was sieving the rotten ones out), I just bought it at N17,000. Four to five years before, if I were to buy this basket from the north, I would buy it at three to four thousand naira, the highest price which was very very rare was N5,000 last. But since the issue of insecurity, I even now buy at N25,000 at times.”

As scarcity results, prices soar, making living torrid for most of the population in a country where the minimum wage a month is less than $90.

“During the week before going to work, if we could afford any food we make sure we took breakfast or adjust it till lunchtime,” said Oyebiyi Omolola, a teacher and single mum with four boys. “Mostly, we take breakfast and drink garri (cassava flakes) to sleep in the night. We eat once in a day but if luck kicks in, we drink garri or snacks at night.”

Bagauda Kaltho: The many lies of Zakari Biu and Mahdi Shehu, By Management of TheNEWS and PM NEWS