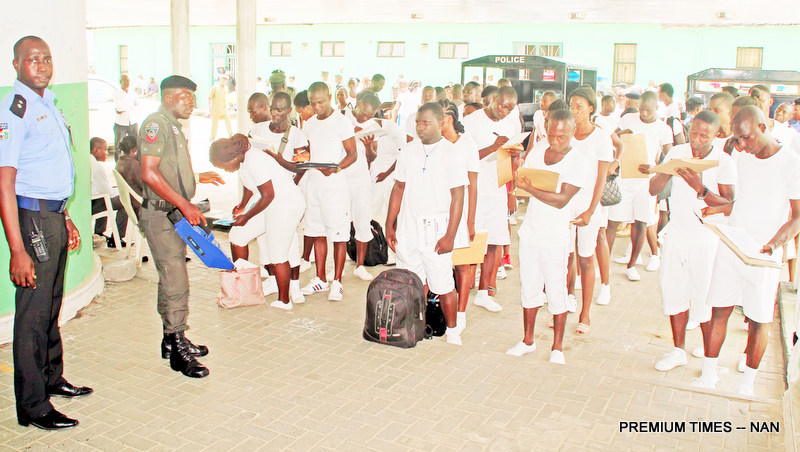 The meeting would focus on the constitutional mandate of the commission as provided in paragraphs 29 and 30 of the 3rd Schedule of the 1999 Constitution, as amended.

The Acting Chairman of the Police Service Commission (PSC), Clara Ogunbiyi, said the commission would meet with the Minister of Police Affairs, Maigari Dingyadi, to discuss its constitutional mandate.

A statement by Ikechukwu Ani, the Head of Press and Public Relations of PSC on Monday in Abuja, said the Inspector-General of Police would be part of the meeting.

She said the meeting would focus on the constitutional mandate of the commission as provided in paragraphs 29 and 30 of the 3rd Schedule of the 1999 Constitution, as amended.

Mrs Ogunbiyi, a retired supreme court justice, added that the meeting would focus on Section 6(1) of the Police Service Commission Establishment Act 2001.

The PSC acting chairman spoke while addressing members of staff of the commission.

She said the interface was to clearly understand the common ground of responsibilities of the PSC and the Police in the recruitment, promotion and discipline of police personnel.

Mr Ogunbiyi pledged to operate an all inclusive and open door policy in line with relevant laws.

The acting chairman enjoined members of staff to inculcate mutual respect, good conduct and character in the discharge of their duties and relationship with the PSC management.

“Respect begets respect and the management will do its utmost best to take the service delivery in the commission to an enviable and excellent pedestal,” she said.

Mrs Ogunbiyi sought for the cooperation of members of staff to achieve the mandate of the commission of providing effective civilian oversight of the Nigeria Police Force.

Mr Smith, a former Inspector General of Police, was said to have been advised by the board of the commission to tender his resignation.

The embattled former chairman had, until his resignation, reportedly been at loggerheads with workers of the commission and the Inspector General of Police, Usman Baba.

They have had many disagreements in the past over which body should be responsible for the recruitment, promotion, and appointment of constables and officers.

The disagreements began when the recruitment of 10,000 constables into the Nigeria Police pitted the PSC against the office of the erstwhile Inspector General of Police (IGP), Mohammed Adamu, in 2019.