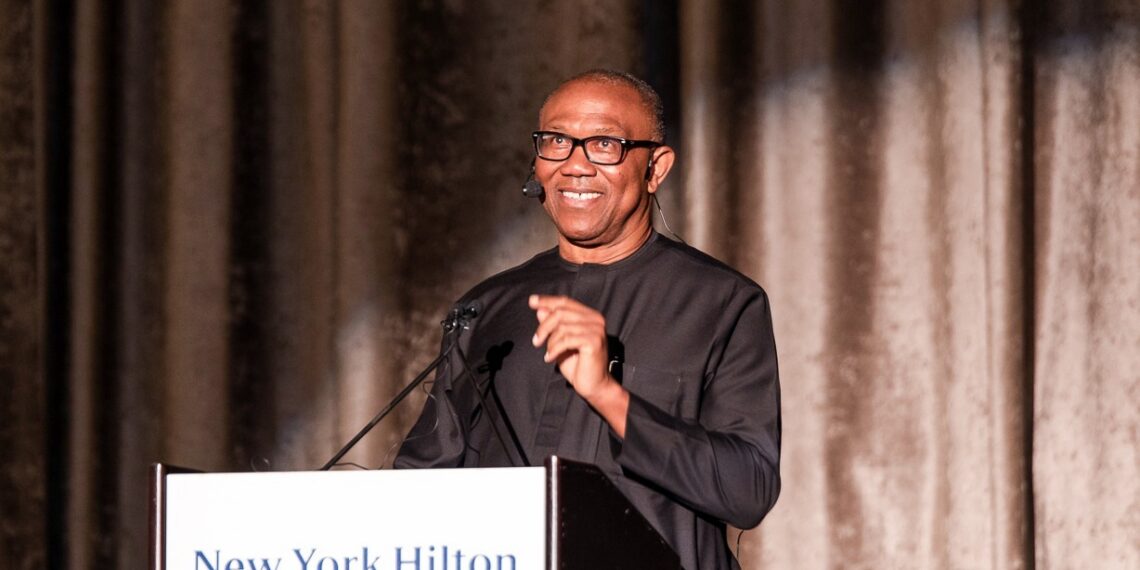 An opinion poll energised the movement behind Peter Obi's presidential bid but another minor party, ADC, is in crisis close to the campaigns.

It has been a few months since Peter Obi and Rabiu Kwankwaso dumped Nigeria’s largest opposition party, the Peoples Democratic Party (PDP), to pick the presidential tickets of the Labour Party (LP) and New Nigerian People’s Party (NNPP) respectively.

Less than two weeks to the kick-off of the campaigns, the two candidates remain among the most talked about and are considered to be the biggest threats to the candidates of the two major parties.

The All Progressives Congress (APC) and PDP have produced the presidents and controlled the National Assembly and governed all but a few of the 36 states of the federation since the Fourth Republic began in 1999.

However, the supporters of the minority parties, in particular those of Mr Obi, believe that the apple cart is about to be upturned. Their stand seemed to have been lent credence last week by an opinion poll that put the LP candidate at the head of the standings before the campaigns formally begin on 28 September.

With his supporters making themselves heard across different social platforms since he decided to run on the platform of a small party, the former Anambra governor is widely seen as the biggest threat to the candidate of the ruling APC, Bola Tinubu, and Atiku Abubakar of the PDP.

The trio dominate discussions on Twitter, in Nigeria. This trend has set the stage for tantalising electioneering from 28 September.

While the ceremonies around the demise of the United Kingdom’s longest-serving monarch, Queen Elizabeth, were still a major discourse, Nigeria’s political discourse tilted when the result of the controversial opinion poll was released.

In the poll conducted by NOI for ANAP Foundation run by business mogul Atedo Peterside, Mr Obi, who is taunted by his opponents as social media president, came top with 21 per cent, with Mr Kwanwaso coming fourth with three per cent.

Both the APC and PDP presidential candidates garnered 13 per cent each in the poll which ANAP Foundation said was conducted in the six geo-political zones of the country.

Not surprisingly, the APC, PDP and NNPP were united in immediately questioning the credibility of the poll.

“If you take away 57.5 per cent of the people who are active for him, who probably live abroad and they don’t have voters card they are likely not to come to vote, then what it means is that Peter is basking in the euphoria of hallucination and this (poll) result is a true reflection of that,” the PDP campaign spokesperson, Daniel Bwala, said on a television programme the day after the poll was released.

Mr Obi also addressed the conclave of all Nigerian Anglican Archbishops and Bishops in Abuja, following interactive meetings with the EU Ambassador and Heads of Missions.

But his biggest showing last week was his appearance on a live programme on CNN presented by British-Nigerian anchor, Zain Asher. In the engagement, Mr Obi spoke about his chances in the election and what would be his priorities if elected.

On his part, Mr Kwankwaso of the NNPP had a meeting with two former military Heads of State, Ibrahim Babangida and Abdulsalami Abubakar, and also commissioned offices for the party in Niger and Adamawa states.

With the campaigns for the 2023 general elections set to formally kick off in 10 days, one of the 18 registered parties, the African Democratic Congress (ADC), is enmeshed in an internal crisis.

The crisis came to a head penultimate Saturday when the National Working Committee (NWC) of the party announced the expulsion of its presidential candidate, Dumebi Kachikwu, from the party.

Mr Kachikwu has rejected the sanction and insists he remains the candidate of the party for the 25 February 2023 presidential election.

The feud in the ADC began in late August when 27 of the 37 state chairpersons of the party called for the resignation of their national chairman, Ralph Nwosu.

Mr Nwosu, who has led the party since it was founded in 2005, is the longest-serving party chairperson in Nigeria’s history. The state chairpersons said after 17 years of piloting the affairs of the party, it was time for him to step aside.

However, Mr Nwosu later told journalists the issue with the party’s chairpersons had been resolved and that they had given him one more year to lead the party.

The crisis appeared to be over from that point, until the penultimate Saturday when the party announced the suspension of the presidential candidate over a video the ADC said projected its leadership in a bad light.

In the video, Mr Kachikwu criticised Mr Nwosu for clinging to his position after serving the maximum two terms allowed by the constitution of the party.

The NWC led by Mr Nwosu dismissed the content of the video as “crass irresponsibility, callous indiscipline, false scandalisation and blackmail and entirely unsuitable of someone who wants to be president of Nigeria.”

But Mr Kachikwu’s camp vowed to force the resignation of Mr Nwosu and the election of a new NWC to lead the party through the 2023 general election. The candidate has gained the backing of most of the state chairpersons of the party.

Who is in charge?

However, while the state chairpersons forum said it has formed an ‘interim’ leadership of the party, the national secretariat and other organs remain under the control of Mr Nwosu-led NWC.

The NWC led by Mr Nwosu has continued to operate from the party’s head office in Abuja while members of Mr Kachikwu’s faction stay away.

To demonstrate his continued control of the party, Mr Nwosu, on Friday, announced the expulsion of Mr Kachikwu and seven other top members from the party.

He said the decision followed the recommendation of a seven-member disciplinary committee that looked into cases against the party members. He said the committee met six times between 8 and 14 of September to discuss the allegations levelled against the presidential candidate and others.

The constitution of the ADC empowers a disciplinary committee to investigate alleged infractions by its members and recommend sanctions.

Article 15 (B) of the constitution stipulates that “where there is a complaint of misconduct against any party member(s), the appropriate disciplinary committee shall inform the member(s) in writing concerning the allegations and the place and time of hearing the case against him/them.”

Section B (iii) added that “parties before a Disciplinary Committee shall be given opportunity to present their case orally or in writing either in person or through a counsel of his choice and call witnesses.”

But the chairman of the ADC Chairmen Forum, Kingsley Oggah, who is one of those expelled by the NWC, told this newspaper on Saturday that they were not informed by the committee of the allegations against them or invited to defend themselves.

This newspaper also observed that the NWC did not announce the setting up of a disciplinary committee before announcing the expulsions and has not disclosed the names of the members of the committee.

Tracing the roots of the internal crisis in the ADC, this newspaper tried to ask INEC why it continues to recognise Mr Nwosu as ADC national chairman against the provision of the constitution of the party that limits the tenure in that office to two terms.

However, the INEC spokesperson, Festus Okoye, did not answer calls to his phone number by this reporter.

As political parties prepare for the beginning of campaigns on 28 September, the ADC is being weighed down by the crisis, which has resulted in many court cases against its leadership.

Mr Nwosu recently sued his party’s presidential candidate for alleged defamation, for which he is demanding N20 billion in damages.

This newspaper also gathered that Mr Kachikwu and some state chairpersons have engaged a senior lawyer, Mike Ozekhome, to lead their legal battle to kick out Mr Nwosu and his NWC.

Even when united, the ADC has not made a mark in the general elections since the party was registered 17 years ago.

Over that period, the party fielded four presidential candidates. The others before the nomination of Mr Kachikwu were Pat Utomi in the 2007 general election, Peter Nwangwu in 2011, Mani Ibrahim in 2015 and the recently deceased Obadiah Mailafia in 2019.

The party recorded its most impressive showing in the presidential elections in 2019 when the late Mr Mailafia was returned a distant fourth, polling 97,874 votes. The winner of the poll and APC candidate, President Muhammadu Buhari, had over 15 million votes.

In the just concluded governorship election in Ekiti, the ADC candidate, Oluwole Oluyede, came fourth with 5,597 votes (1.59 per cent of the total votes cast). In the Osun governorship poll, the ADC candidate, Fifelola Olufemi, was disqualified by INEC for nominating a running mate that did not meet the age requirements for the office of Deputy Governor as enshrined in the Constitution.

In the Ondo 2020 and Anambra 2021 governorship elections, ADC candidates garnered 2,000 and 324 votes respectively.

However, for the first time in its history, ADC is fielding governorship candidates in almost all the 30 states where the elections will be held next year.

Also fielding candidates in state and national assembly elections, the ADC insists it can spring surprises in 2023 despite heading into the campaigns in disarray.