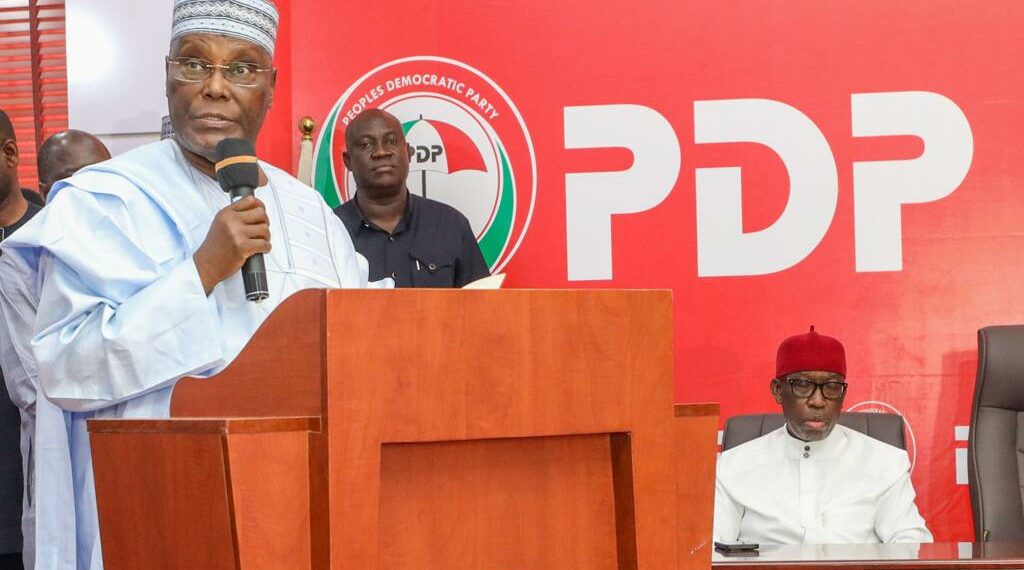 The PDP on Thursday released a total of 326 persons as members of the campaign team.

The party has Atiku Abubakar as its presidential candidate in the election slated for 25 February, next year. Atiku was the country’s vice president between 1999 and 2007.

Mr Tambuwal was earlier in the week rumoured to have stepped down as the chairman of the party’s governors’ forum amidst the internal crisis rocking the party.

With Governor Nyesom Wike of Rivers State at the forefront, the crisis rocking the party has been tied to the imbalance in sharing of party positions, a reason there has been calls for the removal of Iyorchia Ayu as national chairman for a southern person.

Both Messrs Ayu and Atiku are from the north.

The PDP, in a document released on Thursday, by its National Organising Secretary, Umar Bature, listed a total of 326 persons as members of the campaign team.

According to Mr Bature, the Bauchi State Governor, Bala Mohammed, was appointed as the Vice Chairman (North) of the PCC.

Governor Seyi Makinde of Oyo State was appointed as the Vice Chairman (South) of the same council.

Both Raymond Dokpesi and Okwesilieze Nwodo are to serve in the capacity of Deputy DG Technical and Systems and Research and Strategy respectively.

Mr Wike and other governors of the party are members of the team. 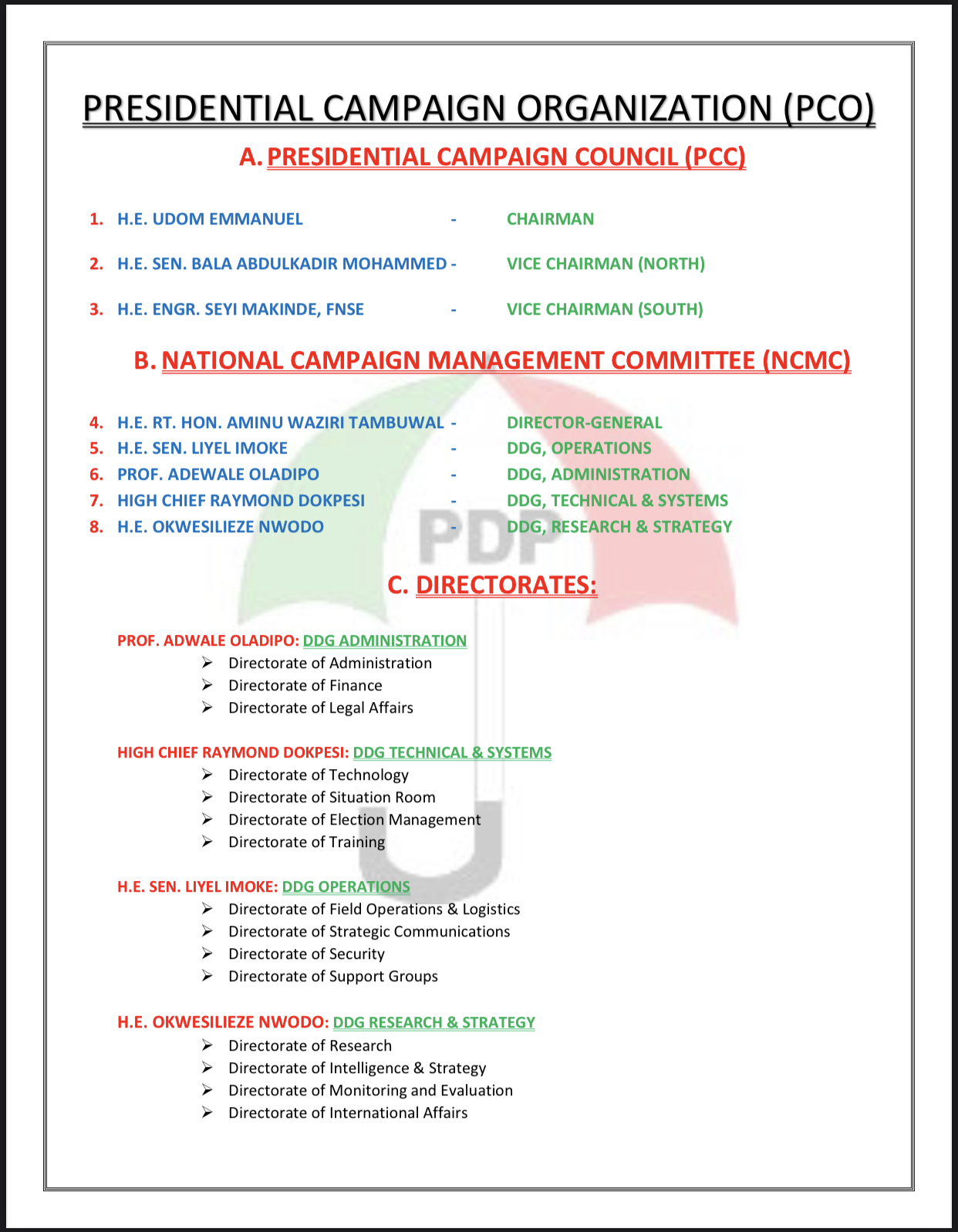 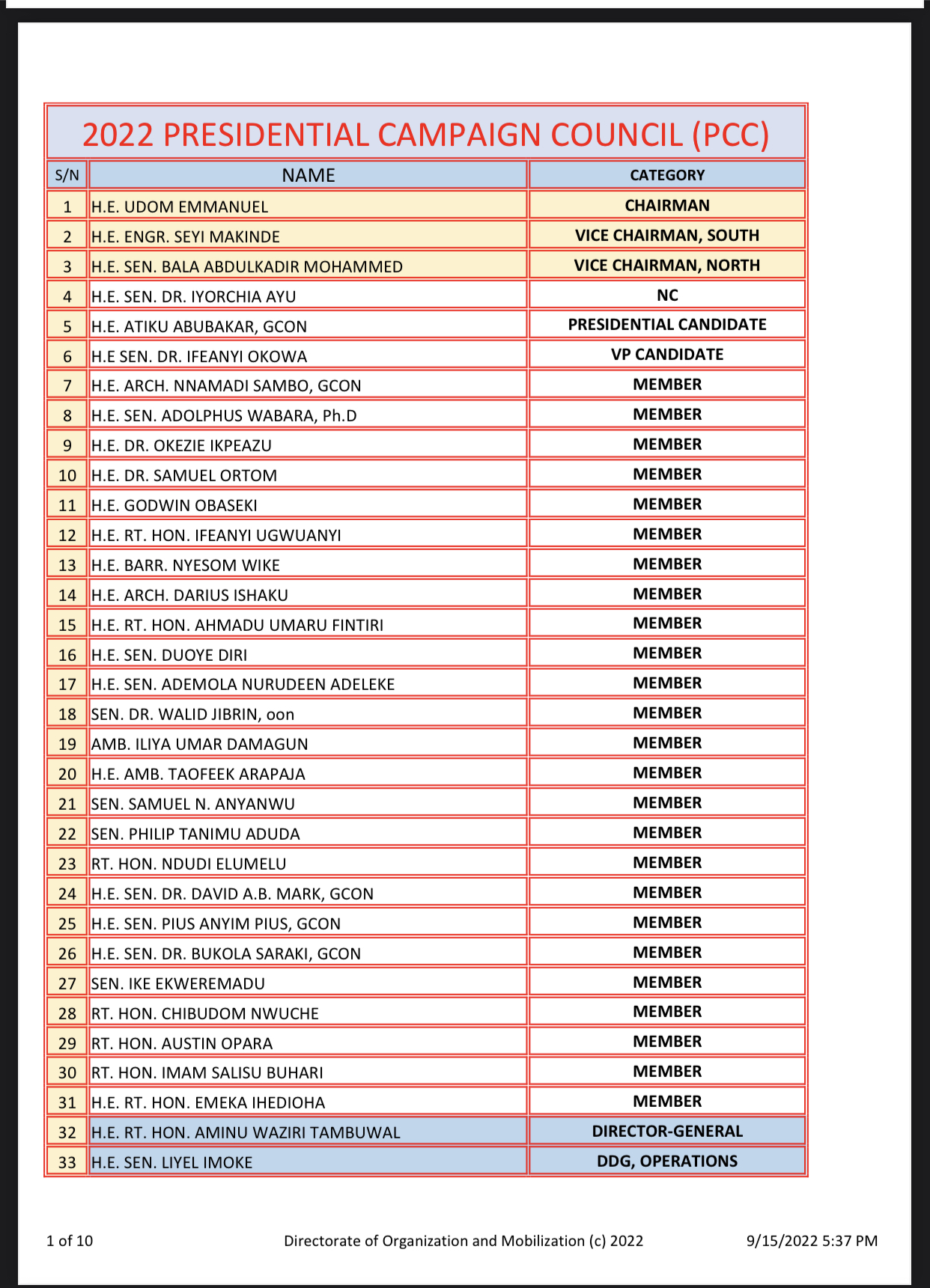 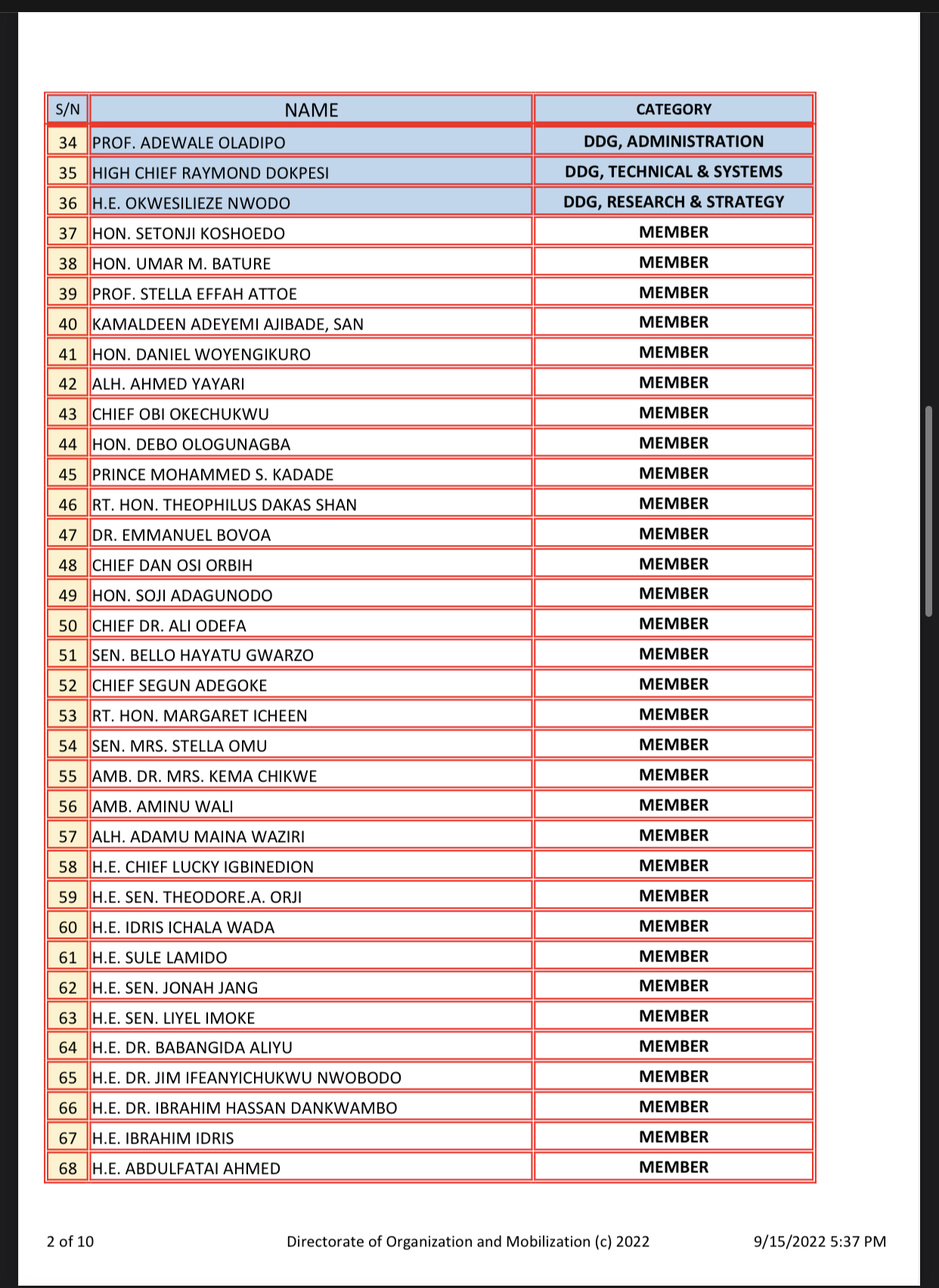 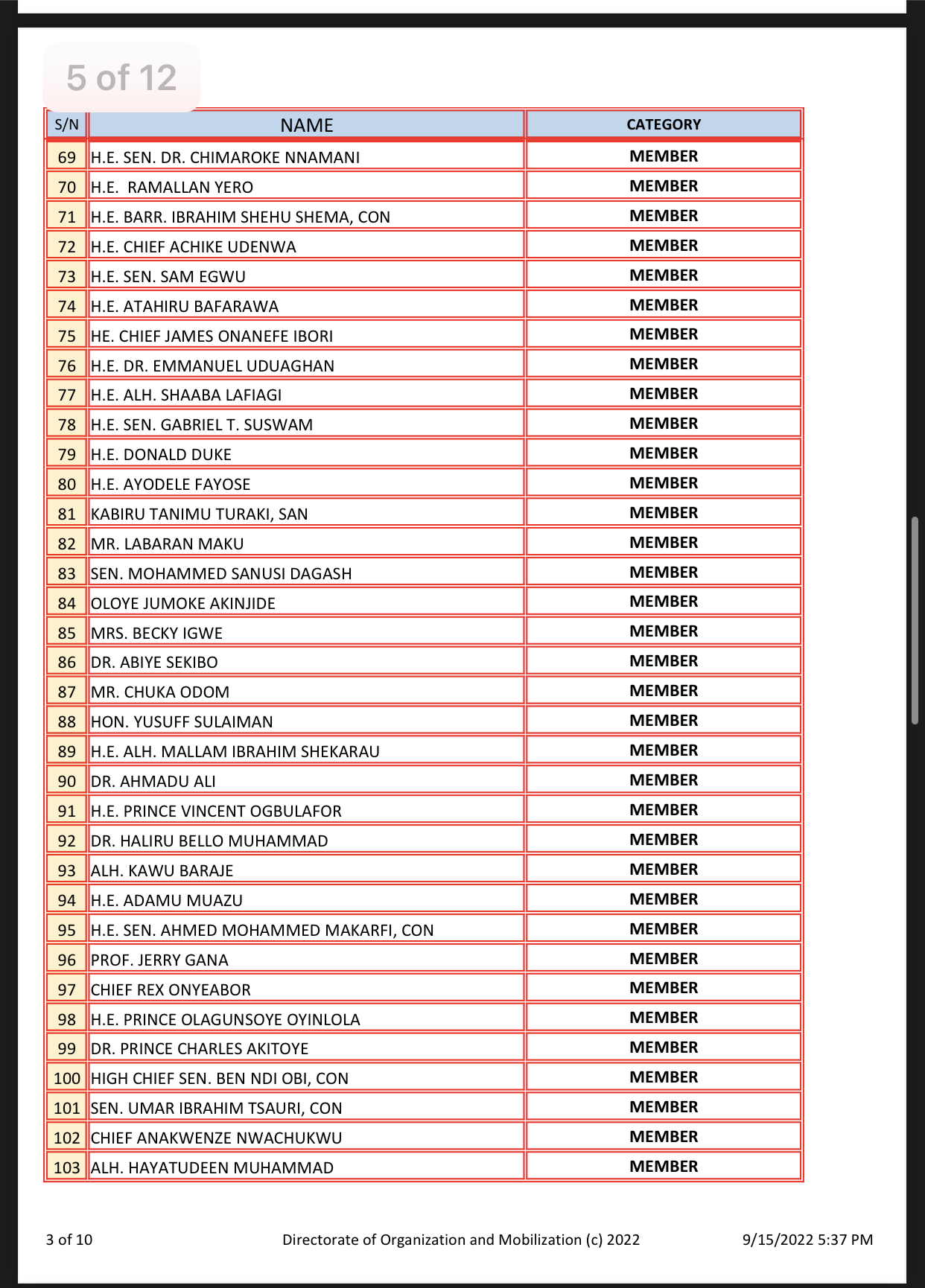 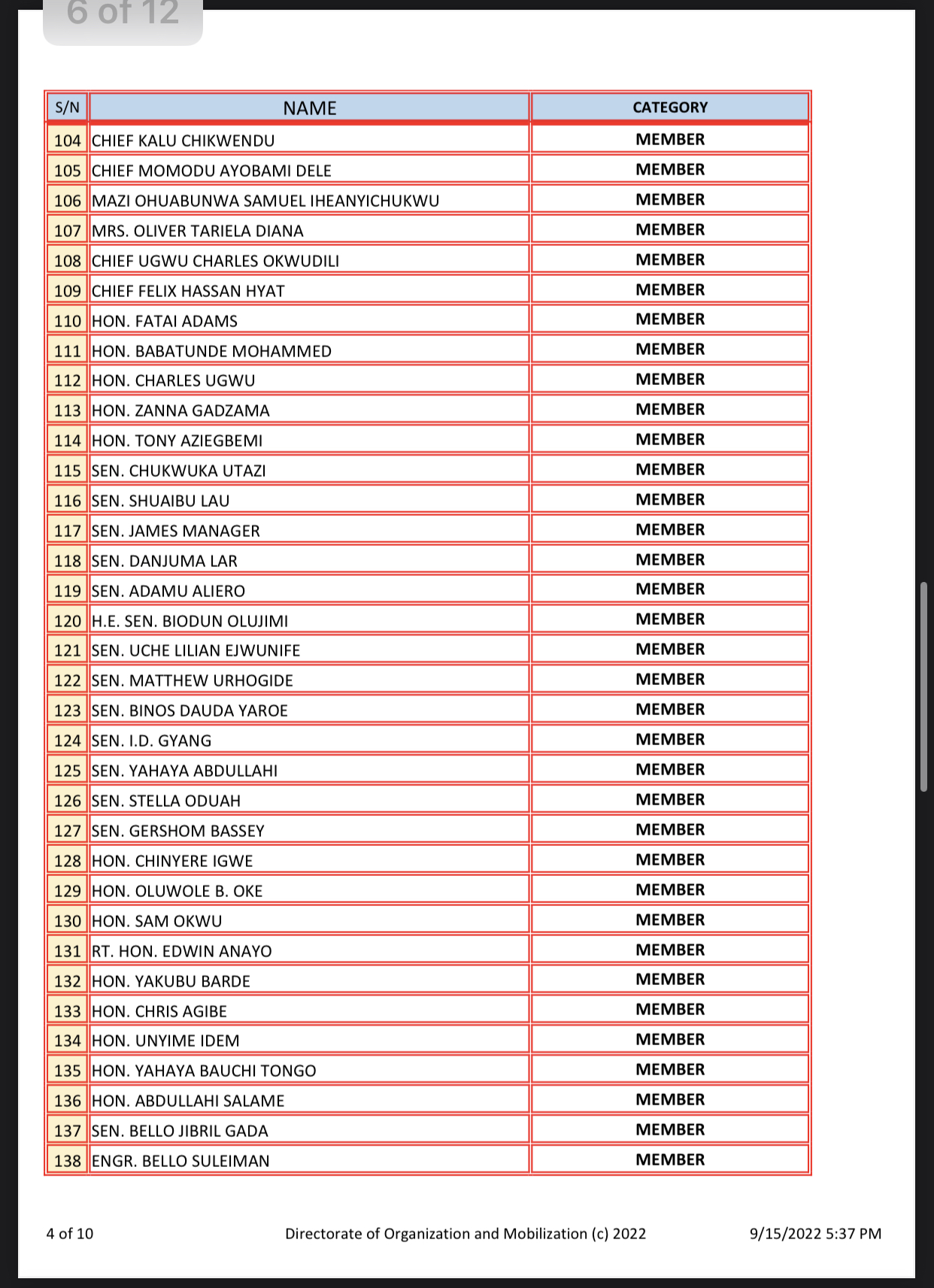 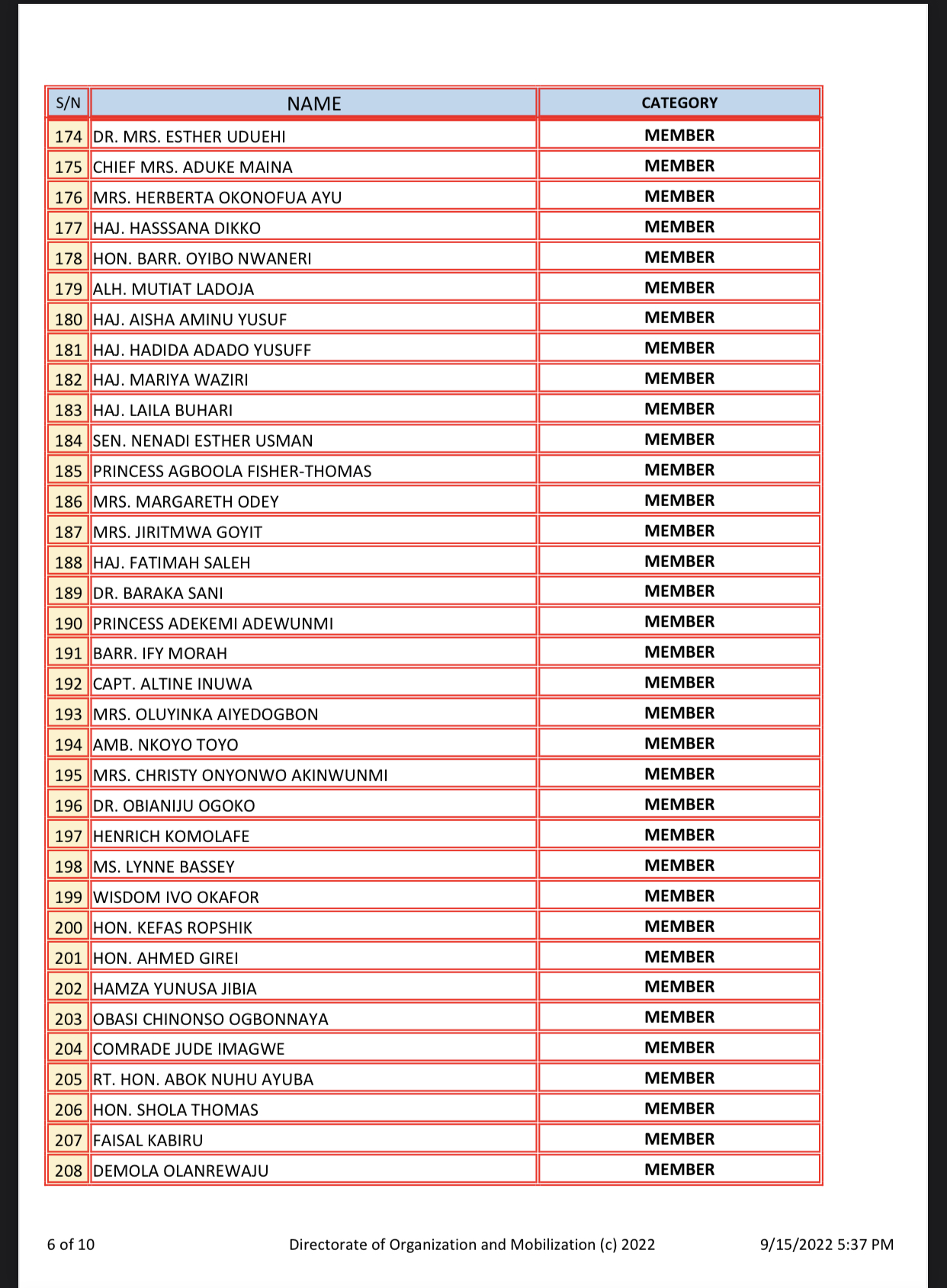 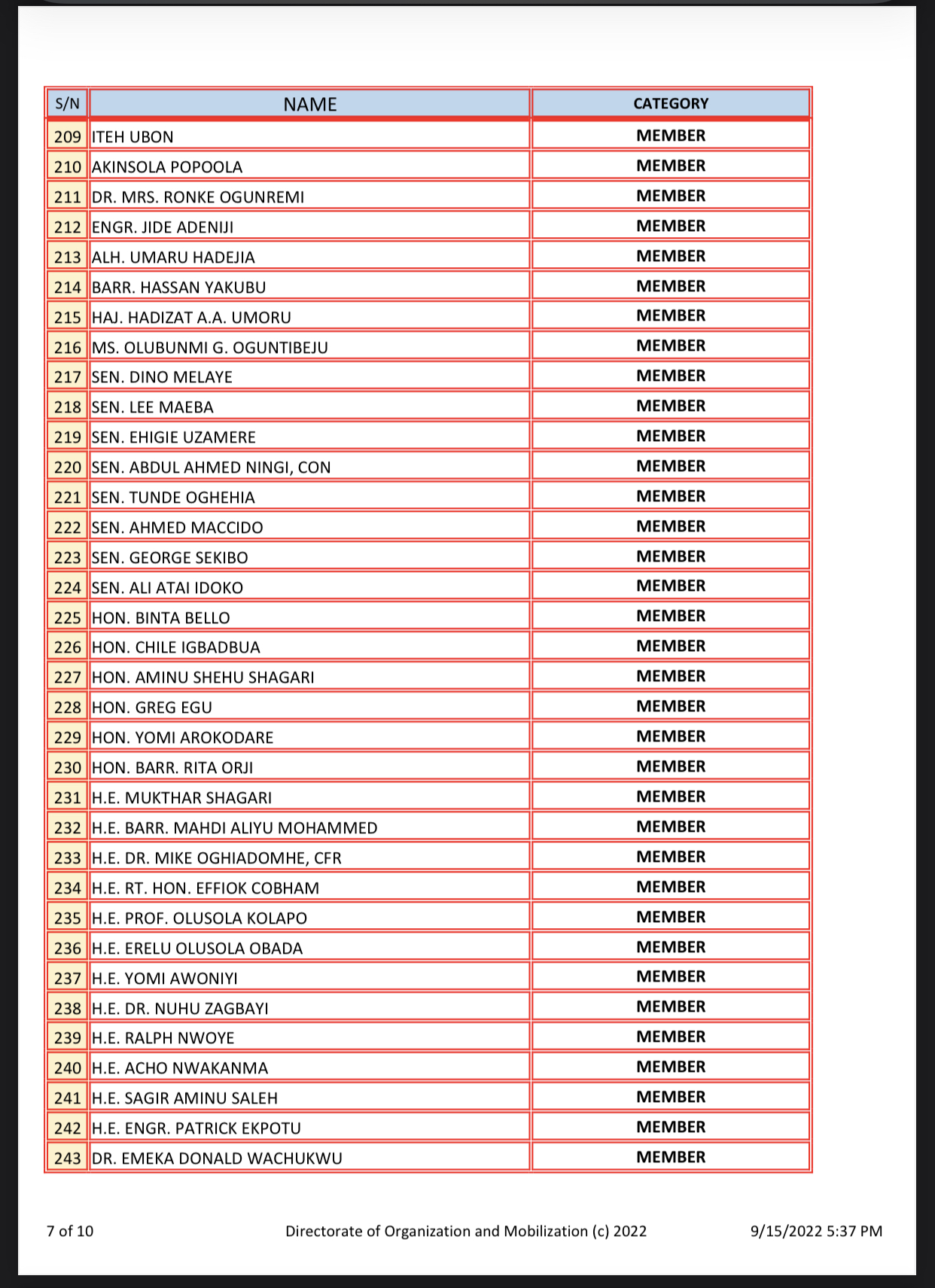 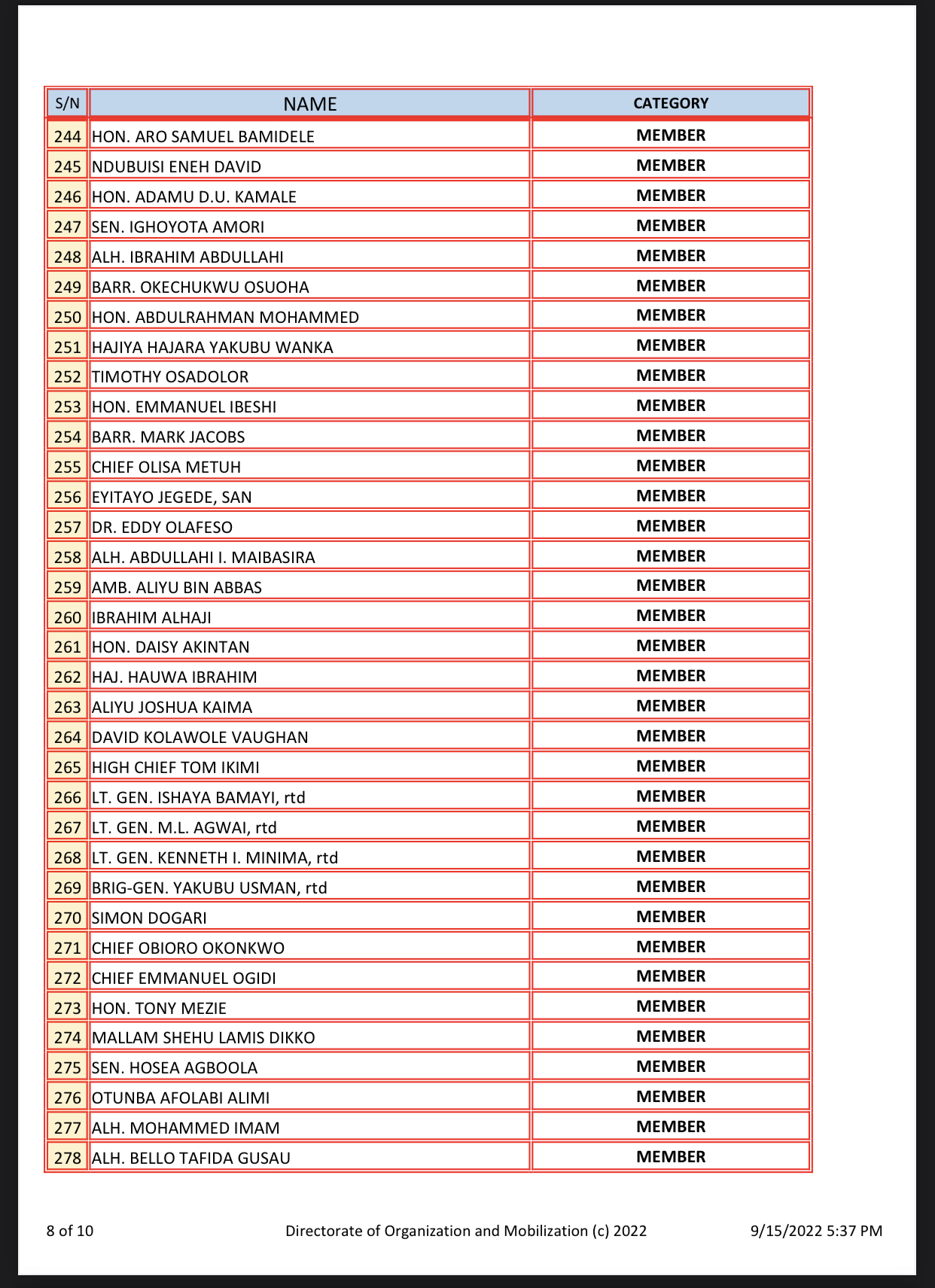 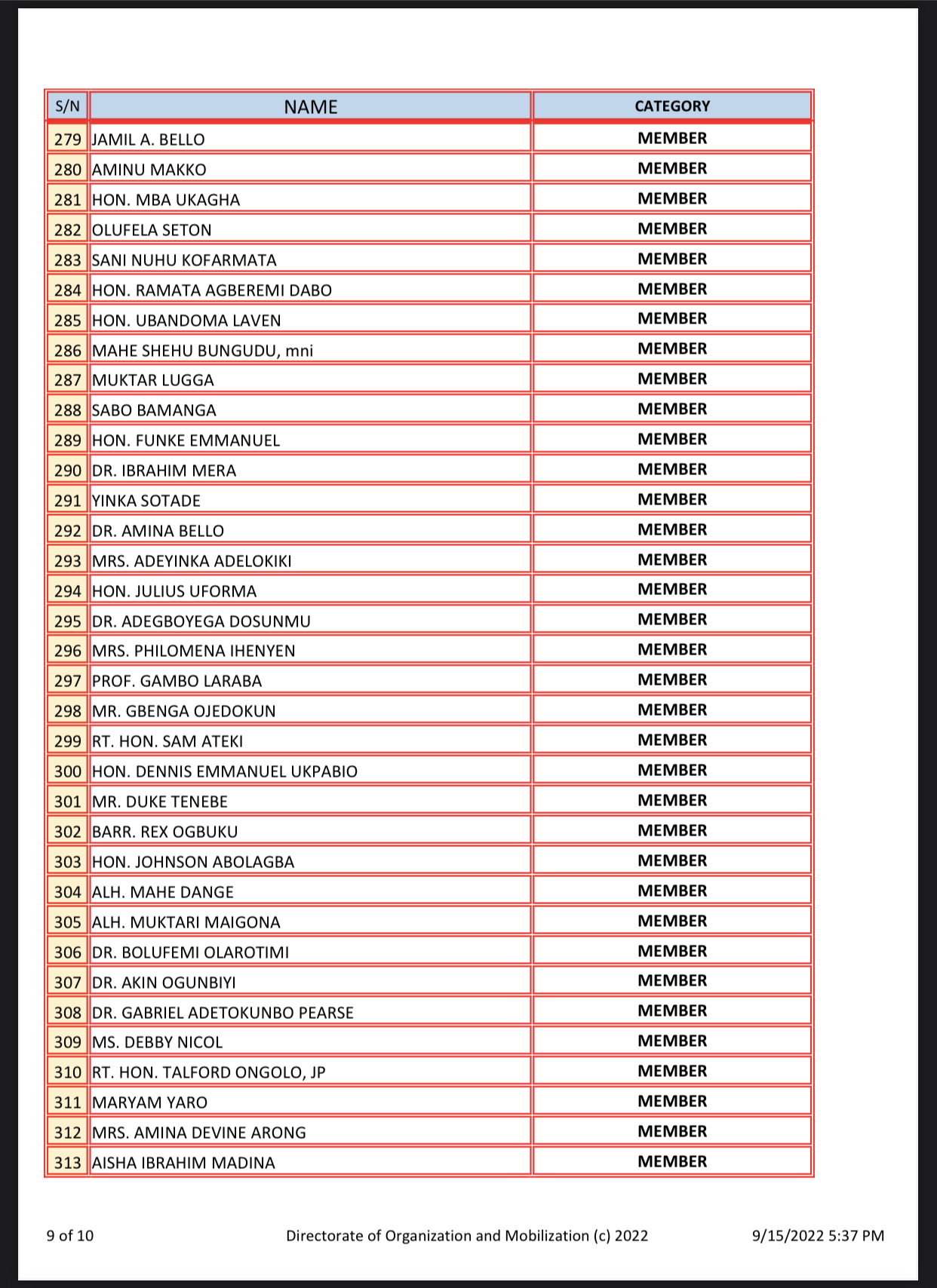 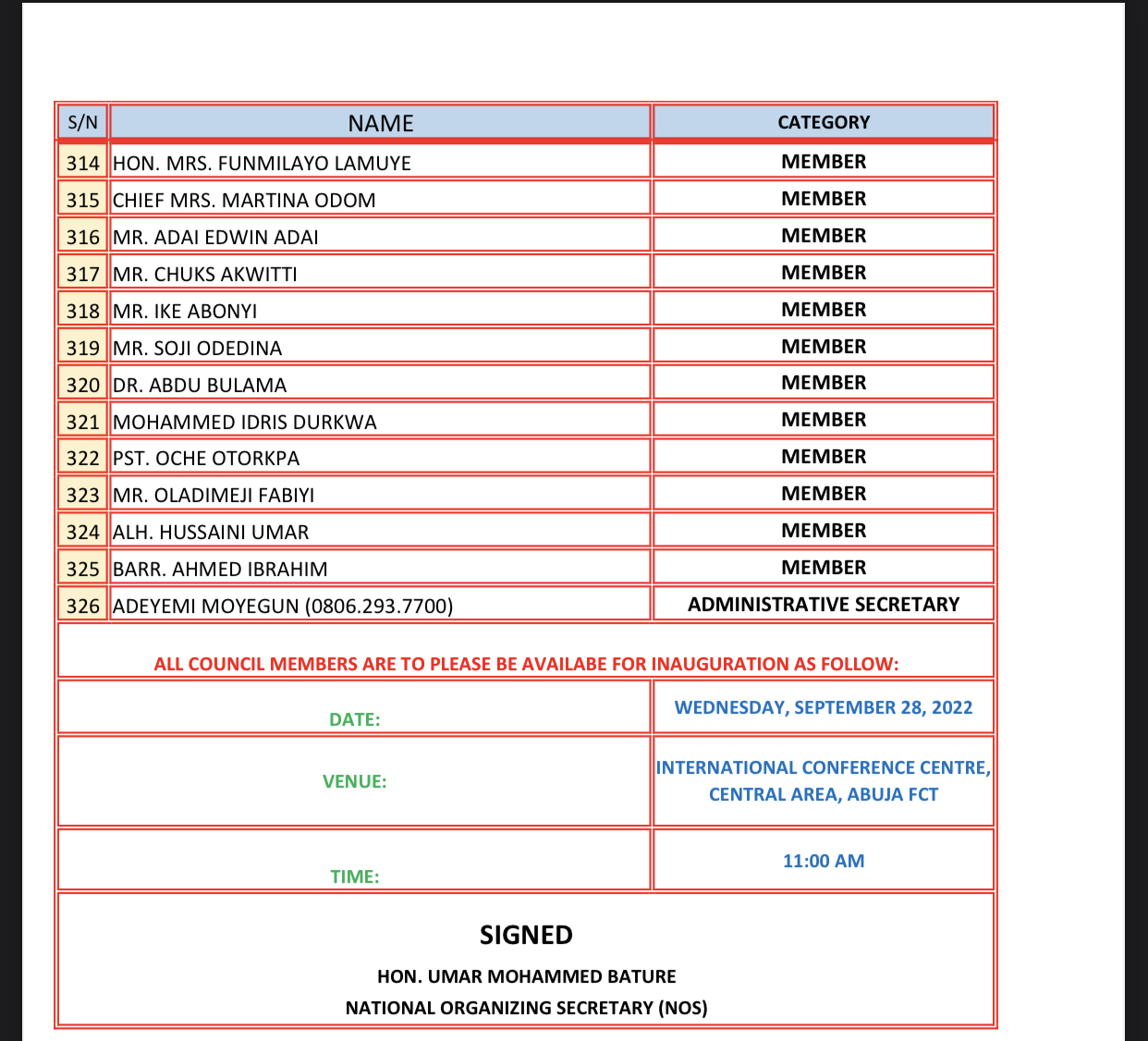