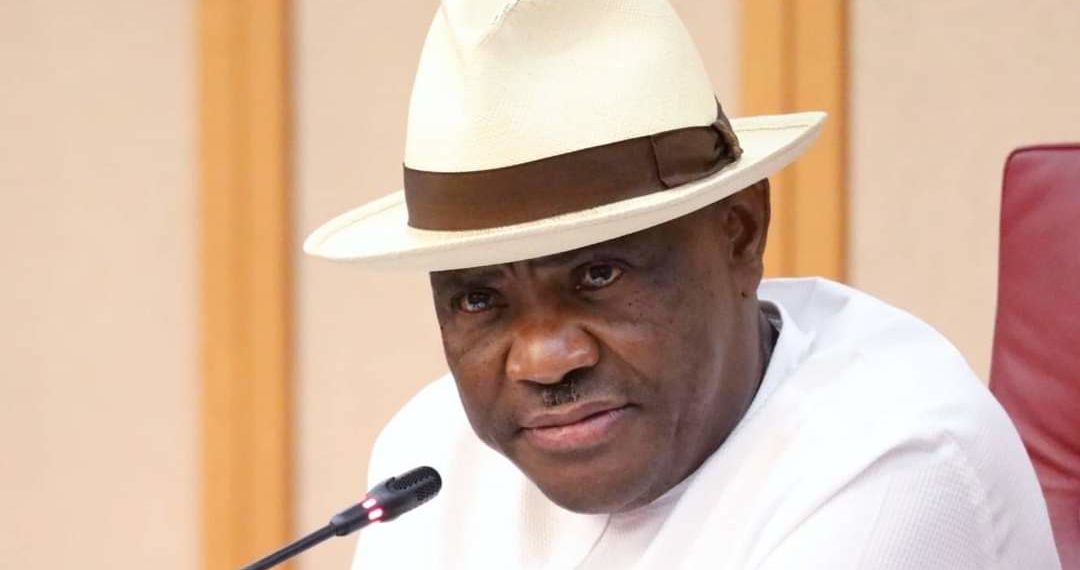 “Why is everybody going to Mr Wike? It shows that he has a moral right in this matter."

A chieftain of the Peoples Democratic Party (PDP), Sam Ohuabunwa, has said that Governor Nyesom Wike of Rivers State is only seeking justice and equity, and not trying to destabilise the party.

Mr Ohuabunwa stated this when he appeared as a guest on Channels TV’s Sunrise Daily on Tuesday.

The PDP has been enmeshed in a crisis after the party presidential primary in May.

Mr Wike was a presidential aspirant of the PDP. He lost to Nigeria’s former Vice-President, Atiku Abubakar.

Aggrieved after the primary election, Mr Wike accused the party of betraying him and breaching its constitution. He subsequently demanded the resignation of the party’s National Chairman, Iyorchia Ayu – a criterion he said must be met before he discusses giving support to Atiku in next year’s poll.

The Rivers State governor’s argument is that both Mr Ayu and the party presidential candidate, Atiku, come from northern Nigeria.

Although Walid Jibrin, the chairman of the PDP Board of Trustees (BoT), later resigned his position in response to allegations of imbalance in the party leadership, Mr Wike insisted that Mr Ayu must relinquish his office for the party to have peace.

Mr Wike said BoT chairmanship is not “a key” leadership position in the party.

Mr Ohuabunwa, who said he has been speaking with the Wike and Atiku’s groups in the party, stressed that the Rivers governor is seeking to correct the wrongs that were done in the PDP in the past.

Mr Ohuabunwa, a former presidential aspirant of the PDP, urged the national leadership of the party to show “empathy” and heed the governor’s demand.

“Why is everybody going to Mr Wike? It shows that he has a moral right in this matter. There is something that all of us understood has been done wrongly and that’s why all the emissaries are going to him,” Mr Ohuabunwa stated.

The former presidential aspirant, however, expressed optimism that the crisis would be resolved as soon as the party leadership shows “empathy and understanding” in the matter.

“I don’t think Mr Wike is impossible to deal with. He has shown that he is a team player when the team is a reasonable team,” he stated.

“I think that the party has finally come to understand the enormity of the crisis. The party seems to have woken up to the need not to allow this internal disagreement become a major albatross to its chances of winning elections,” the PDP chieftain said.

He dismissed claims that the recent meetings between Mr Wike and officials of opposition political parties could culminate in the governor’s defection to any of the parties, saying the governor remains a “staunch ambassador” of the PDP.

“For me, it (the meetings with opposition parties) is a way of advertising our party and I believe that those APC and other party leaders that are going there (Rivers State) is a way of sanctioning and endorsing the kind of quality leaders and performances that PDP has and Mr Wike is a poster boy in that regard,” Mr Ohuabunwa added.

Daily Trust invites nominations for African of the Year 2022 Award