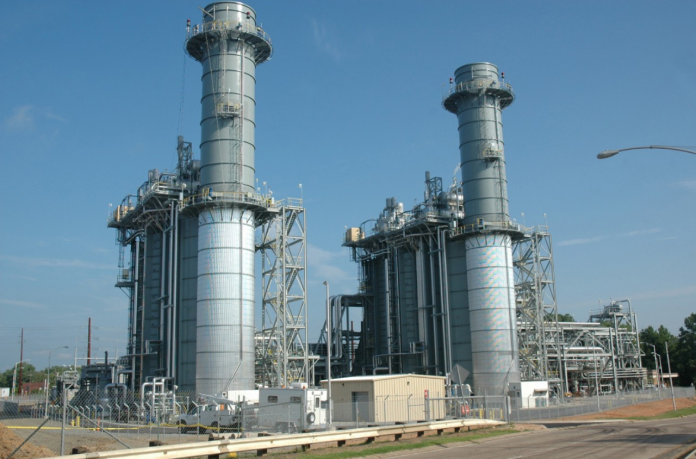 In preparation for COP 27, Nigeria’s government recently launched its Energy Transition Plan (ETP), which is purported to be its homegrown, data-backed and multi-pronged strategy to achieve net zero emissions by 2060.

“Gas is critical as a transition fuel to power Africa’s industrialisation, solve energy poverty and generate resources for energy transition” is a phrase you would hear often at the Africa Pavilion at the UN’s Conference of Parties (COP) or anywhere climate justice and energy transition is being discussed.

In preparation for COP 27, Nigeria’s government recently launched its Energy Transition Plan (ETP), which is purported to be its homegrown, data-backed and multi-pronged strategy to achieve net zero emissions by 2060 while solving energy poverty and lifting 100 million Nigerians out of poverty.

The ETP focuses on five critical energy sectors — Power, Cooking, Oil and Gas, Transport and Industry and is estimated to cost $1.9 trillion.

However, there are critical questions that Nigeria’s Energy Transition plan must grapple with if its success is anchored on gas being a critical transition fuel.

Gas infrastructure is expensive and investments are interdependent. Who will finance it?

Future gas demand is unpredictable. Where is demand going to come from?

This article will consider each of these questions in turn.

Gas infrastructure is expensive and investments are interdependent. Who will finance it?

Gas infrastructure, from exploration to processing to transport and end use can be expensive. Each stage costs billions of dollars. Investments are also interdependent, in that exploration will likely not occur if processing, transportation and end use are not in place and vice versa. Therefore, new investments must be coordinated.

International Oil Companies (IOCs) are walking away from new exploration and choosing projects more carefully. They are focused on producing assets, and exploration in countries where investment is cheaper and easier to implement. IOCs are even walking away from already-planned projects, and we have seen unprecedented $87 billion IOC write-downs, Q4 2019 – Q2 2020 (OPL 245) with many more divestments expected. Local companies, including NNPC/ NPDC, do not have the financial or technical resources to implement many of the projects, therefore, production costs will grow and production levels can be expected to decline.

Multilateral development finance institutions, along with US and EU governments’ opposition to funding for gas projects on climate grounds are growing. So, most public funds for gas projects will likely come from a handful of Asian countries.

Funding Nigeria’s gas ambitions such as a trans-Saharan pipeline to export gas from Bonny to Europe through Niger and Algeria (estimated to cost $12 billion) or the Nigeria-Morocco pipeline (estimated to cost $25 billion) or any of the frontier exploration projects proposed under the Petroleum Industry Act 2022 will struggle to find financiers. The same is likely true of new gas-powered electricity generation and LNG terminals.

Future gas demand is unpredictable. Where is demand going to come from?

Gas demand from domestic and export markets is uncertain.

The top export destinations for Nigeria’s petroleum products (India, Spain, Netherlands, United States and China) have all announced ambitious carbon neutrality goals of between 2030 and 2050. This means that by the time exploration, and liquefaction or pipeline infrastructure construction is completed in about ten years, demand may have plateaued or plummeted.

Domestic demand for gas is difficult to model and getting the demand and timing wrong can be costly. Gas supply contracts often come with penalties that can make over or under-supply costly.

Domestic demand from the power sector faces several challenges as the sector grapples with lingering liquidity crises. Infrastructure and market required for industrial, cooking and transportation uses are yet to be developed to incentivise targeting those markets.

Financiers will require firm offtake contracts for projects to happen so these investments have to be made concurrently.

Under the ETP, Nigeria expects to spend $1.9 trillion between now and 2060 to meet its goals. The plan estimates that business as usual will attract about $1.49 trillion in investments leaving a deficit of ~$410 billion in “incremental funding”, translating to an average of $10 billion per annum in incremental funding over the period. The authors of the plan see an opportunity here to create almost a million jobs in the process. 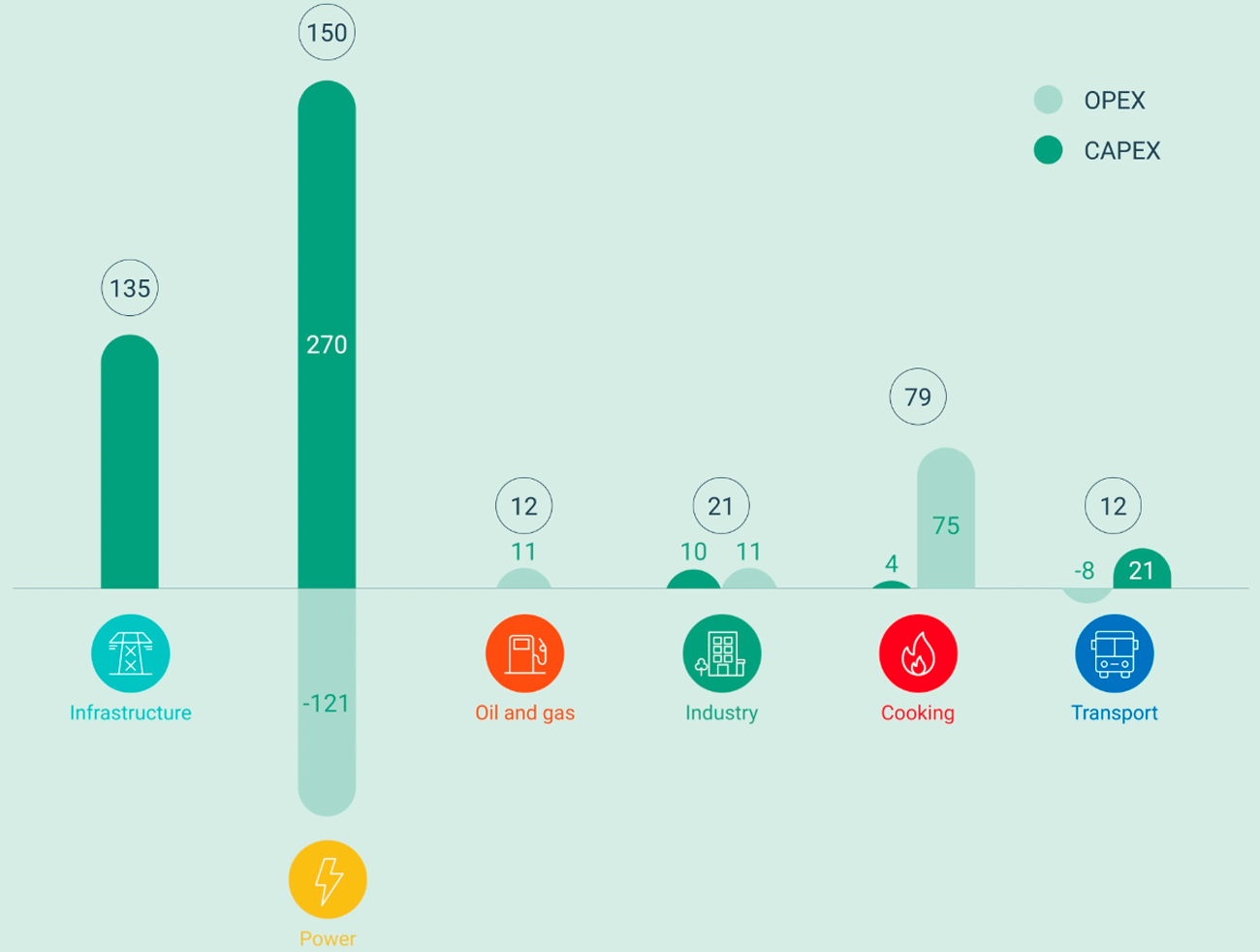 The plan accounts for investments of about $405 billion in the power sector ($270 billion in generation and $135 billion in transmission and distribution), and between $3.5-12 billion investment in gas commercialization (exploration, production and transportation) and to end flaring by 2030. Details of other investments can be found in the investor presentation here. Toward COP27, Nigeria is looking to raise an initial $23 billion for immediate investments.

The central challenge is that this plan assumes that the gas infrastructure required, which could take up to 10 years to build, would be put up in record time (including financing, engineering and construction) in time for the markets (export and domestic) to still require the supply. It also assumes that all the segments of the plan, particularly the all-important transmission and distribution investments required to bring in more centralised power generation will happen in step (see more about the power sector challenges here). An audacious goal if you ask me, and I reckon most investors will think the same.

Nigeria’s Energy Transition Plan is ambitious, but is it feasible? If the ETP is followed, Nigeria will reduce emissions by first moving away from dirty fuels such as firewood, diesel and petrol to gas as a less dirty alternative in the transition to cleaner alternatives by 2060. The table below shows the path along the five relevant sectors:

These ambitious goals require that infrastructure be built at a pace unprecedented in developed countries let alone in Nigeria with the attendant investment risks and dearth of technical expertise, especially within the context of international oil company divestments.

The goals would also require significant public acceptance, grassroots infrastructure in rural areas and grant funding to replace firewood with LPG and provide off-grid electricity to millions. The political will and capital to do this will probably have to come from a bipartisan agreement to sustain the plan regardless of who wins the presidential election and be translated to the state and local government levels – not a mean feat.

The plan assumes that business as usual will generate $1.5 billion in financing, and only an incremental $410 billion additional is required. Given Nigeria’s current fiscal state, and the reluctance of new capital investment in the light of the security and foreign exchange environment, it is unclear that the business-as-usual scenario is plausible, let alone the additional financing.

Finally, the plan would require significant technology exchange. Technologies like the clinker method for cement production or hydrogen production, or even electric vehicles and their supporting infrastructure need to be localised urgently to meet the goal.

The challenges to meeting the goals seem insurmountable, and the execution pathway would be vastly different from what the plan proposes in the face of market, financing and technological realities. But if we commit to these ambitious goals regardless of political expediency, nothing is impossible.

Sadiq Umar ruled out for the season