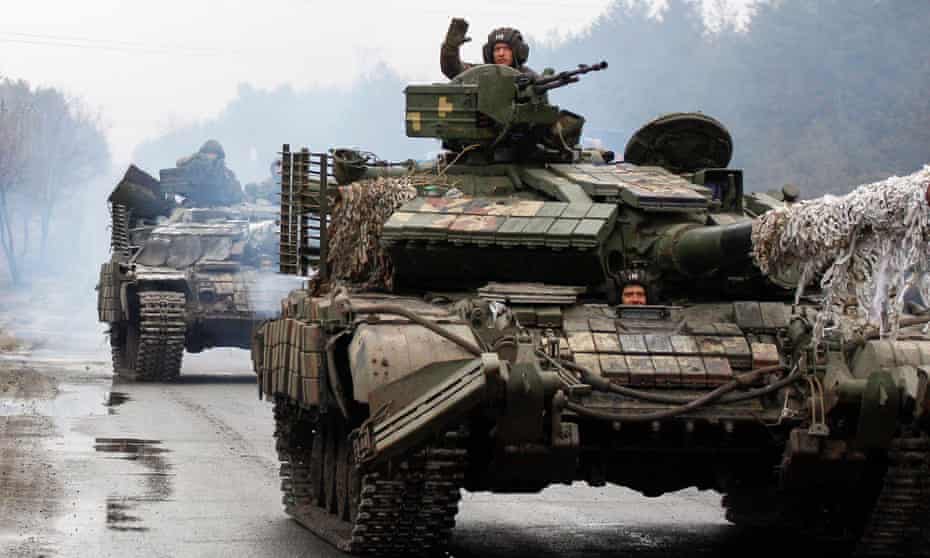 Almost seven months after the Russia-Ukraine war began, Nigerian students affected by the war have yet to find their way around the uncertainties brought about by the war.

Jude Nwachukwu, 36, is one of the many Nigerian students affected by the war in Ukraine. He left home for the Eastern European country in 2019 to pursue a Master’s degree towards fulfilling his dream of “becoming a private investigator or crime scene investigator.”

Mr Nwachukwu was able to travel with the help of his elder sister, who gave him her ‘life savings’, and a religious group to which he belonged. He envisaged no problem in paying back the loans as his agent had told him he would be able to combine his study with work. But on getting to Ukraine, he found things were different from what he had been led to expect.

Speaking with PREMIUM TIMES, he said: “I borrowed money from my fellowship and from my sister too; she gave me the money with the hope that in future I would support her kids, almost four million. I used it to process my visa and paid my tuition and hostel fees.”

“My sister told me that she gave me all her savings, it was very painful for her to release that money and she said I should remember that they will be the ones calling me for money from that moment.”

It took him almost two years of being in Ukraine before he finally found a job as a forklift driver that paid him $500 (N211,000) a month. But shortly after that lucky break, the Russia-Ukraine war started on 24 February.

Almost seven months after the war began, most Nigerian students in Ukraine like Mr Nwachukwu have yet to find their way around the uncertainty brought about by the war. Many of them say their schools have refused to release their transcripts or certificates to enable them to transfer to schools in other locations.

Mr Nwachukwu’s case was made worse by the loss of his credentials in Hungary after he fled Ukraine.

“When we got to Hungary, I fell sick. My friend who was with me went out strolling when someone came in and stole my laptop bag containing all my certificates except my international passport which was in my winter jacket,” he narrated.

“When I confronted the security guards in charge of that station, they started acting in a suspicious way and then I knew they were behind my missing bag. But they denied and asked me to go make a report with the police. When I got to the police I was practically humiliated, they told me to go away. They even threatened to stab me.”

He eventually left Hungary for Germany and is now in Portugal, living on food from the Red Cross that comes once a day.

Unlike Mr Nwachukwu, Sandra (not her real name), a fourth-year student at Uzhhorod National University, Ukraine, has all her documents intact but is also stuck as “it is almost impossible to get my original certificates and transcripts from the university.”

Sandra did not want her identity revealed because of fear of victimisation by her Ukrainian university. She said students including her now have to go through agents to get their transcripts, describing the Ukrainian education system as a money-making venture.

“For this, some agents are asking for $700 (N298,000) and to wait two to three months for a mere transcript. All these are aimed at discouraging students from transferring and keeping the flow of fees into their pockets,” Sandra said.

According to her, Ukrainian schools do not have the interest of their students at heart because they are in partnership with those agents.

“The same agents boldly say that the transcript can be ready faster if the students want to transfer to universities that they have made available in other countries. This shows that the agents want to clamp down on students’ freedom.”

Sandra narrated how many Nigerian students missed scholarship opportunities in Hungary for students at risk from Ukraine, which, she said, their Indian and Asian counterparts enjoyed to continue their studies.

“Not only were we denied the scholarship, but we were also denied the opportunity for self-financing, as the results of the scholarship (application) were released weeks after the slated period. By the time most of us knew our fate, it was already too late to choose the option of self-financing, for example in Semmelweis University that I had applied for,” she narrated.

The situation has led many Nigerian students to continue to wander around Europe in search of opportunities to continue their study programmes.

According to Mr Nwachukwu, he could not consider returning to Nigeria because, aside from the fear of the economic and security situation in his home country, he has nothing to pay back his loans. “I left Nigeria because I couldn’t get a job. If my country was good, do you think I would prefer staying back in Europe?”

Another student, who identified himself simply as Iheanyichukwu, said he did not consider returning to Nigeria because of the incessant strikes in universities and because he also felt the war in Ukraine would not last longer than three months.

A second-year student of Kyiv Medical University, Mr Iheanyichukwu had fled Kyiv and travelled through Warsaw in Poland and Budapest in Hungary to Mainz, Germany. In Mainz, he is without a job as he has not been issued a pass to work or even learn the language of the people.

“Ukrainian schools refused to issue us our transcripts and our original WAEC result. They are threatening us with expulsion, but we cannot afford to be expelled because our admission is tied to our residence permit. The second after you are expelled, your permit would be terminated.”

Mr Iheanyichukwu had graduated from a Nigerian university before leaving for Ukraine to study medicine. However, his dream of becoming a doctor has been cut short by the war. He is also not considering a return to Nigeria because of the situation in his home country.

After over 1,000 students were evacuated from Ukraine to Nigeria in March, the Nigerian government through the education ministry advised the students who were interested in being absorbed into Nigerian universities to apply through a public portal. But public universities in Nigeria have been on strike since then.

Unlike Mr Iheanyichukwu, Annabel Ikuru, a second-year student of Bogomolets National Medical University, Kyiv, returned to Nigeria a day before the war broke out. She has since been taking her classes online. But her parents are also contemplating sending her to another university in Europe to continue her education, especially as the Medical and Dental Council of Nigeria (MDCN) is questioning degrees acquired from taking classes online.

However, she may return to Kyiv soon after learning that some of her fellow non-Nigerian students are already back in classes in Kyiv, which is relatively safe. Kyiv Independent, a Ukrainian news platform, reported in August that schools in Kyiv and Lviv planned to resume offline classes by 1 September.

Why students must apply for expulsion to get transcripts – Ukrainian Official

But when PREMIUM TIMES contacted the Director of the Ukrainian State Centre for International Education, Olena Shapovalova, she said the law in Ukraine mandates students requesting transcripts to write an appeal for expulsion to the dean of their schools.

According to Ms Shapovalova, expulsion in Ukraine is an indication that a student has completed their study year and is no longer a student. It is not different for Ukrainian students, she stressed.

“Every student has a right to get their transcript when they finish studying in the school and it should be very clear that there is no possibility for the university not to give the transcript if the student finishes his/her studies,” she said.

“In order to get a transcript, the student needs to write an appeal about their desire to get a transcript and it is the procedure of expelling. In Ukraine, the word expel means finish. It might also be due to the desire of the student. There are different reasons to be expelled according to the legislation in Ukraine.”

“To get a transcript, you need a reason. The reason is that you have finished studying in Ukraine. Academic transcript shows the end of your education,” Ms Shapovalova explained.

The official added that universities cannot issue original documents to a person without proper authorisation. So, such students would need to provide proper power of attorney, which has to be verified by the Ukrainian embassy for those in Nigeria or a Ukrainian lawyer.

Additionally, she said despite the war, all Ukrainian universities remain open and fully functional, regardless of where they are located and are holding classes online and offline.

According to Ms Shapovalova, her centre has devised ways for students to continue their studies even with the war.

“International students in their first to third years will continue online with Ukrainian universities, studying theoretical subjects, while those in their fourth to sixth year can take theoretical courses online while practical classes and clinical rotations to be held in person on foreign universities campuses or hospitals or clinics under partnership agreements,” she told PREMIUM TIMES.

Reminded that the MDCN said it will not accept degrees acquired online, Ms Shapovalova said the centre is in talks with the Nigerian authorities and had a recent meeting with the ministries of Foreign Affairs, Education and Health as well as the university commission (NUC), MDCN and the admissions agency, JAMB.

Additionally, students can join academic mobility and exchange programmes for one year at foreign university campuses in person under partnership agreements facilitated by the Centre and Ukrainian universities, she said.

However, if an international student decides to withdraw their documents from a Ukrainian university to transfer to another higher education institution in another country, she said they need to contact their university and submit the application. But she stressed that “only after official order of a student’s resigning from a university will their official transcript be issued and picked from the university.”

‘Be wary of agents’

Ms Shapovalova advised foreign students to be wary of agents who want to take advantage of the war to extort them, adding that Ukraine schools only have partner universities in Romania, Georgia, Turkey, Moldova and some European countries.

“Most of the students from Nigeria do not apply to the university directly, they apply through recruiting agencies. Some agents have interests in transferring students to universities where they have agreements and will get commissions, that is why some of them may manipulate the students because of the war situation, making students believe they have no options,” she said.

She further said some agents have agreements with Ukrainian universities and students can confirm by checking the website.