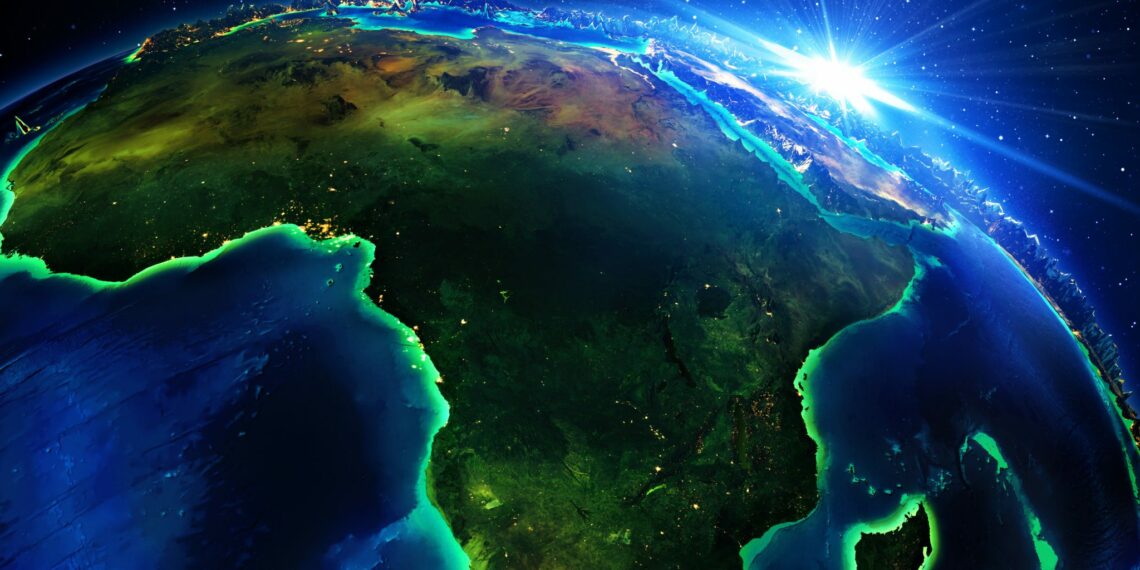 Agreeing on them would be tricky but could enable Africa to shape global futures that benefit the continent.

Relations between Africa and the West have always been fraught – complicated by colonialism, slavery, the Cold War and now immigration and Russia’s invasion of Ukraine. Africa (collectively) has raised the stakes by adopting an ambivalent posture on the war.

Last week, an Institute for Security Studies (ISS) seminar examined how – despite Europe’s commitments in the last African Union-European Union (AU-EU) summit – Africa’s relations with the West are being tested. And not only by the fallout from Russia’s invasion but also by China’s major investment and trade with Africa and complications such as migration and populism.

The seminar explored how Africa-West relations might impact and be impacted by four global scenarios mapped out by Jakkie Cilliers, ISS Head of African Futures and Innovation. The scenarios are a Divided World, a World at War, a Growth World (in which untrammelled economic growth trumps all else) and a Sustainable World, where growth is qualified by care for the environment, including curbing global warming.

On the current trajectory, the Divided World scenario appeared most likely; meaning a more fragmented global order and retreat from a rules-based system. This referred mainly to Russia’s war against Ukraine and rising tensions between the West, especially the United States (US) on the one hand and China on the other. For instance, the North Atlantic Treaty Organization (NATO) recently listed Russia and China as adversaries for the first time.

In this world of growing big power competition, the influence of the United Nations (UN) would further decline and Africa would suffer, not least because of a decrease in peacekeeping, Cilliers suggested. At its worst – especially if the Ukraine war becomes a wider conflict between Russia and NATO – this scenario could morph into a World at War, which would be devastating for all.

Melanie Müller, Senior Associate for Africa and the Middle East at the German Institute for International and Security Affairs, said the concept of the ‘West’ had been falling into disuse until Russia invaded Ukraine and united Western countries against the war.

But assessing Africa-West relations was nevertheless hard, according to Paul-Simon Handy, ISS Regional Director for East Africa and The Horn in Addis Ababa, because both are blocs not sovereign entities acting in unison. In some cases though, for example on the UN Security Council, their actions did suggest they had some ability to shape international politics.

READ ALSO: ANALYSIS: What Nigeria, others should do to defeat Boko Haram

Handy said the West had dominated international politics for centuries but was now challenged by the rise of the ‘so-called Rest, particularly the East.’ Meanwhile Africa was still grappling with the difficulties of state building, 60 years after most countries had become independent.

Handy said that historically and now, relations between Africa and the West had been asymmetric, which was one of the stumbling blocks to achieving Cilliers’ ideal (Sustainable World) scenario. The war in Ukraine further exposed the differences between the two groups and created more difficulty in realising this scenario.

Handy described the differences as opposition between two forms of ‘narcissism.’ Western narcissism was characterised by those countries’ insistence on seeing their values shared by the rest of the world, ‘and we see that particularly in the war in Ukraine.’ African narcissism was ‘based on colonial resentment combined with an aspiration to the monopoly of victimhood.’ Overcoming both would require different and innovative forms of cooperation.

Handy’s definitions were instructive. It is true that the West wants to see its values of democracy and human rights adopted by all. For instance, America’s new strategy for sub-Saharan Africa sets democratisation in the region as a primary goal. And it’s also clearly true that resentment of colonialism frames much of Africa’s posture – certainly towards Europe.

More ambiguous, though also more intriguing, was Handy’s observation that Africa also aspires ‘to the monopoly of victimhood.’ Is this a helpful lens through which to observe the continent’s behaviour? Is it, for example, the reason that Africa is lagging behind the rest of the world in condemning Russia’s invasion of Ukraine? Does it prevent Africa from fully perceiving Ukraine also as a victim of blatant aggression?

One recalls Ukrainian President Volodymyr Zelensky’s answer when recently asked about South Africa’s ‘non-aligned’ posture on the war. He replied by asking how South Africa would feel if it came under attack and the world simply turned away and remained ‘non-aligned’.

In the ISS seminar, Müller said Europeans were surprised at Africa’s failure to oppose Russia’s invasion, contrasting this with its unified stance on tackling COVID-19. She acknowledged that Africa’s ambivalence seemed to work in its favour as it had prompted many countries to solicit its support. But in the longer term, the continent’s stance could come back to bite Africa, she warned.

Handy agreed, saying it was not inconceivable that a strong African state might one day invade its smaller neighbour. And he noted that such military action would violate the AU’s principles and Charter. ‘A rules-based international order is actually the best option for weak countries,’ Handy said, adding that the AU had been developing common frameworks for good international behaviour.

This admonition is also evident in Handy’s other interesting observation about the asymmetry between Africa and the rest of the world. He said that while the big powers had ‘Africa strategies’, Africa did not have US, EU, Russia or China strategies. He noted that formulating them would be extremely difficult for the AU’s 55 divergent member states. But they are worth the attempt.

An AU resolution condemning Russia’s invasion of Ukraine, for example, would not by itself constitute such a strategy. But it could be an important step along the way, demonstrating that Africa also has principles and values it expects its partners to share.

To stand a chance of attaining the optimal Sustainable World scenario, Africa must be proactive and united. That includes united action on climate change and, as Müller suggested, demanding beneficiation as a condition for investment in its natural resources.

And this scenario matters because it is the only forecast where Africa achieves its Agenda 2063 ambitions for an integrated, prosperous and peaceful continent.

Friday Sermon: The unity and brotherhood of Muslim ummah, By Murtadha Gusau