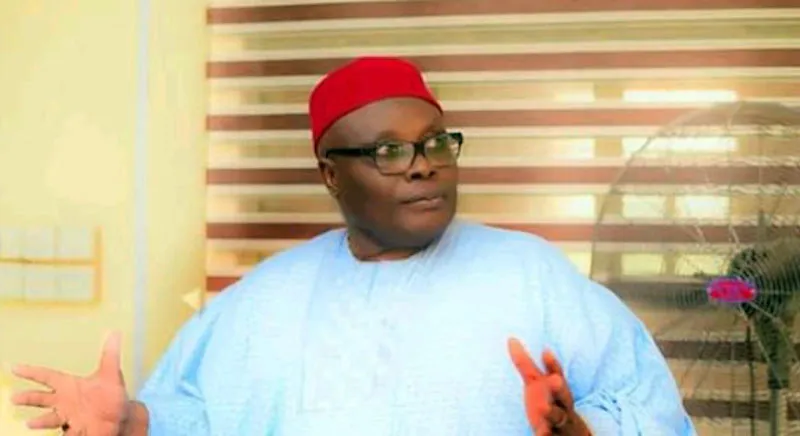 Mr Wabara's appointment was a sequel to the exit of the former BoT chairman, Walid Jibrin, who resigned his position on Thursday.

A former Senate President, Adolphus Wabara, has been named the acting Chairman of the Board of Trustees (BoT) of the Peoples Democratic Party (PDP).

He was appointed at the Board’s meeting in Abuja on Thursday.

His appointment was a sequel to the exit of the former BoT chairman, Walid Jibrin, who resigned his position on Thursday.

PREMIUM TIMES reported how Mr Jibrin, announcing his resignation, said he did so to ensure victory for the party’s presidential candidate, Atiku Abubakar, and to promote unity in the party.

“The chairman of the BoT stepped down today. He has served us meritoriously…We thank him for years of services,” he said.

At the NEC meeting, Mr Wabara was announced as the acting chairman of the BoT.

Before his new position, the former senate president was the secretary of the PDP BoT. He would also be appointed to the presidential campaign council of the PDP.

The appointment comes on the heels of clamour for the party’s leadership structure to be reshuffled to balance the existing lopsidedness in favour of the north.

There have also been calls for Mr Ayu to resign.

Governor Nyesom Wike of Rivers State had stated the resignation of Mr Ayu as a criterion for which he would support Atiku in the 2023 general elections.

Mr Wike and many southern leaders in the party are demanding that members from that region be reflected in the party’s hierarchy ahead of the 2023 general elections.

The party’s NEC meeting is underway and is being attended by Messrs Atiku Ayu, Wabara, Jibrin and other party leaders.