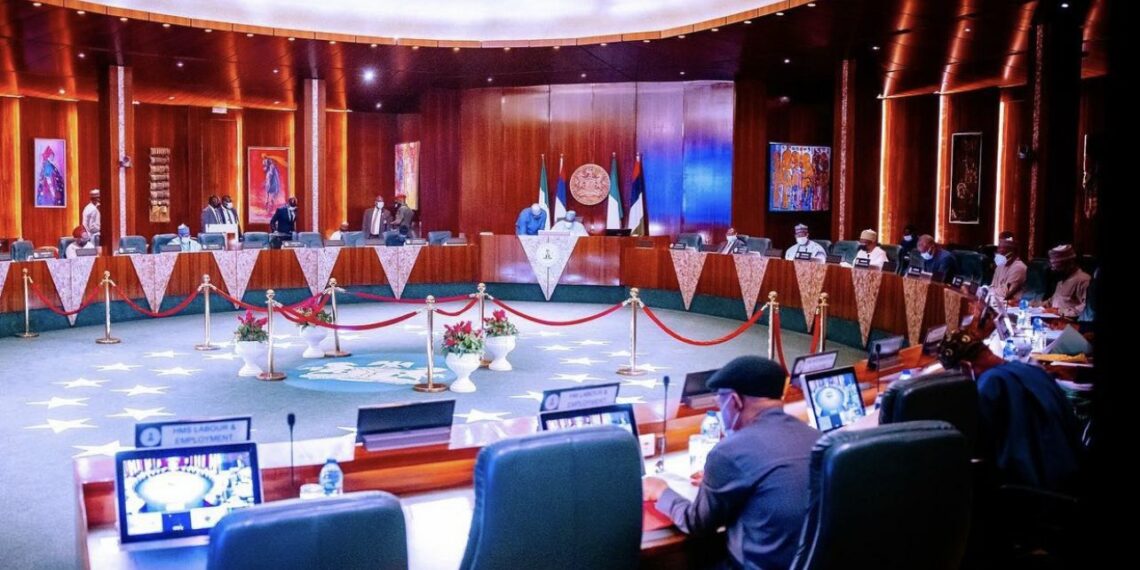 With the approval of the FEC, the Executive will now send a bill to the National Assembly which has the power to make such laws.

The Federal Executive Council (FEC) Wednesday approved an executive bill that would give legal backing to the National Social Investment Programmes (NSIP) of the Buhari administration.

With the approval of the FEC, the Executive will now send a bill to the National Assembly which has the power to make such laws.

The NSIP is one of the flagships of the Buhari administration with the ultimate aim of ‘tackling poverty and hunger’ and lifting millions of Nigerians out of poverty.

It has different components including the school feeding programme for primary school students in public schools, the N-Power programme for unemployed graduates and other initiatives for vulnerable citizens alike to cushion the effects of poverty on them through cash transfers.

PREMIUM TIMES had reported on some of the successes of the programmes and their limitations with billions of naira already spent.

The programme was initially domiciled in the office of Vice President Yemi Osinbajo before it was moved to the newly created humanitarian affairs ministry led by Sadiya Farouq.

Among the five N-Power components, the education subcomponent is the most popular, due to a large number of youth deployed to teach in public schools.

The scheme in 2020 disengaged its flagship beneficiaries of both Batch A and B, while fresh intakes of Batch-C1 volunteers only started September last year, but have not been officially disengaged.

PREMIUM TIMES understands that two years after the disengagement of the previous volunteers of batch A and B, the beneficiaries exit packages are yet to be finalised, while the federal government has already begun the deployment process for the fresh batch C2 volunteers.

For the school feeding, the scheme was designed mainly to empower and bank women in rural community women who are then engaged as cooks.

According to a 2019 government document titled ‘Investing in Our People’, the programme is aimed to feed over nine million pupils in 52,604 schools across 30 states and empower 101,913 cooks with bank accounts.

A 2019 survey conducted by PREMIUM TIMES in Katsina State revealed that many of the school feeding programme female beneficiaries never had bank accounts before.

All the cooks who spoke with this medium said they use the cards issued to them by their banks at a nearby financial service shop. Operated by bank agents, the shop enables transactions, such as transfers, deposits or withdrawals, among other services. These are made without a customer having to physically visit a bank.

For the Conditional Cash Transfer (CCT) programme, It involves payment of N5,000 monthly, paid bi-monthly, to the poorest Nigerians, mostly in rural communities.

The CCT uses a model called Community-Based Testing to identify the poorest households in a given community; then after identification the details are uploaded into the National Social Register, where the National Social Investment Office (NSIO) mines from to pay the beneficiaries.

The programme sources funds from the 2017 agreement with Switzerland on the return and monitoring of the $322m Abacha loot.

The FG also obtained $500 million credit from the World Bank to run the initiative for six years between 2016 and 2022. An additional source of the fund comes from the N500 billion for NSIP, captured in Federal Government budgets since 2016.

Oyo 2023: Why Makinde will be re-elected – Official