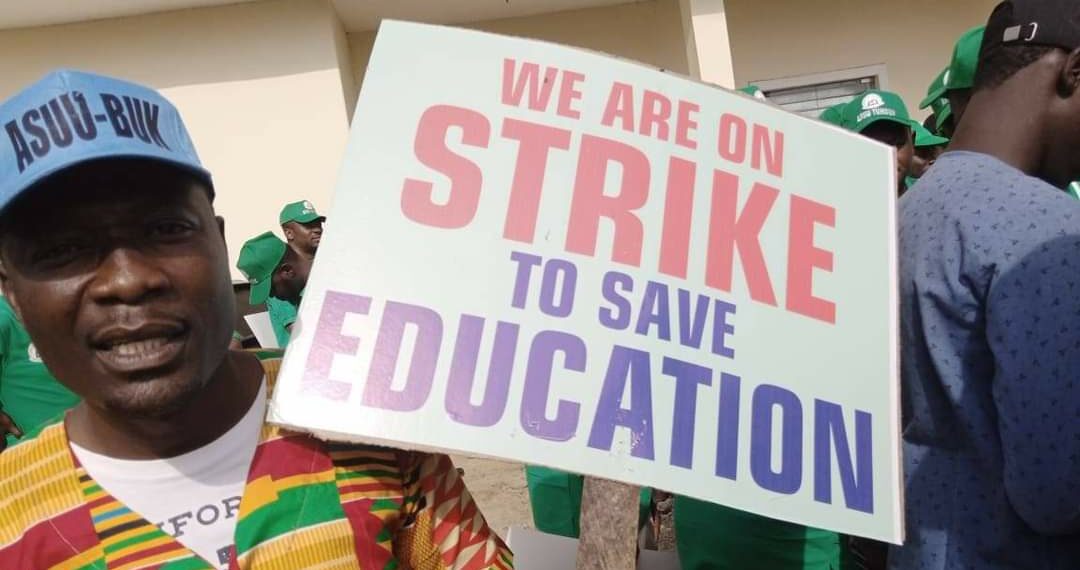 The committee, with members drawn across various campuses, is named; “Rapid Response Committee,”

The Academic Staff Union of Universities (ASUU) has constituted a seven-member committee to address what it tagged a smear media campaign against the union.

The committee, with members drawn across various campuses, is named; “Rapid Response Committee,” and it is to be chaired by Ade Adejumo, a professor at the Ladoke Akintola University of Technology (LAUTECH).

In a leaked letter of appointment addressed to one of the nominees, and signed by the union’s president, Emmanuel Osodeke, he tasked the committee with the responsibility to develop strategies to tackle the alleged media campaign against the union’s decision to continue with the industrial action.

ASUU has in the recent time become a subject of criticism among Nigerians following the declaration of an indefinite strike action after almost seven months of staying away from work.

Many have accused the union of being insensitive to the plight of Nigerian students whose academic pursuits have been stalled since the commencement of the strike in February.

Following the Minister of Education, Adamu Adamu’s appeal, both the Senior Staff Association of Nigerian Universities (SSANU) and the Non-Academic Staff Union of Universities and Other Associated Institutions (NASU) suspended their strike by two months while the National Association of Academic Technologists (NAAT) suspended its by three months.

The three unions said the window was to allow for the conclusion of negotiations with the governmen. They threatened to continue with the strike should the government fail to meet their demands at the expiration of the ultimatums..

The minister said ASUU refused to yield to his appeal, insisting on the payment of its members’ five month salaries before the suspension of the strike. But ASUU denied the minister’s claim, saying it refused to suspend the strike because the government was yet to meet any of its demands despite multiple meetings.

In the letter dated 1 September, ASUU listed members of the committee and urged members to be diligent in its task.

The letter reads in part: “The Academic Staff Union of Universities (ASUU) is at a very critical stage of its struggle towards the survival of Public Universities in Nigeria. It has been observed that a lot of media propaganda to misinform and malign the Union is ongoing. The Union appreciates your efforts in responding to this media war.

“The Trustees and Principal Officers of the Union decided to constitute a rapid response committee to immediately respond to various media publications, opinions, interviews etc, that may be against the interest of the union.”