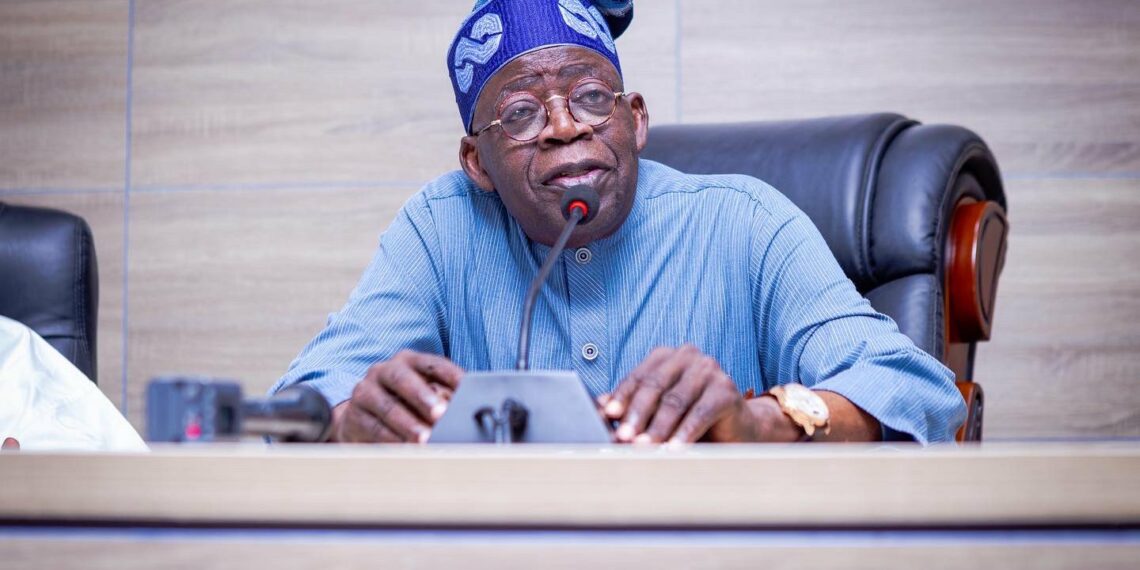 How I plan to identify, solve Nigeria’s problems – Tinubu

Mr Tinubu said his team is also capable of creating prosperity for Nigeria and her citizens.

The All Progressives Congress (APC) presidential candidate, Bola Tinubu, says his team has the foresight to identify Nigeria’s problems and solve them headlong.

Mr Tinubu stated this at the inauguration of campaign logo and vehicles of the “APC Northern Door-to-Door for Tinubu/Shettima 2023’’ by the Northern APC Speakers Forum in Abuja on Saturday.

He said his team is also capable of creating prosperity for Nigeria and her citizens.

“We are the party of progressive ideas. We want good education for our children, good development for Nigeria, prosperity for this country and for agriculture and agro-allied projects to be embarked upon.

The presidential candidate added that the APC had no worries about the Peoples Democratic Party (PDP) or engaging it in war of words.

He said that the APC, a party of thinkers and doers needed no such engagement with the opposition still struggling with its leadership.

“We shall not be hauling abuses at rival political parties. We are smarter. We are brilliant. We are courageous. We are not like them.

“They spent 16 years and forgot that railway infrastructure does haulage goods and humans across Nigeria,’’ he noted.

He advised the PDP wait for Election Day in 2023 to see the defeat awaiting it.

He appreciated the forum for its gesture.

“You make life easier for us no `sisi’ is demanded from us. Vehicles are provided, logo is unveiled, confidence boosting measure established; forward looking and hope rekindled; good for the prosperity of our country,’’ he said.

In his remarks, the party’s vice-presidential candidate, Kashim Shettima, expressed confidence that Tinubu’s leadership would build a new Nigeria.

“We are on the threshold of making history. The global economy is tinkering towards recession; the world has moved from the agricultural age to the industrial age.’’ he noted.

“Who among the presidential candidates today has greater skills sets, the intellect and the capacity to move this nation forward other than Asiwaju Bola Tinubu,?” he queried.

Mr Shettima believed that 2023 presidential election would be a payback time for Mr Tinubu who had sacrificed so much for the democracy of Nigeria but was humiliated politically.

He said that Mr Tinubu had also contributed to economic and human development across the country through the demonstration of his capacity at different level.

The Chairman, Northern APC Speakers Forum and Speaker of Kaduna State House of Assembly, Yusuf Zailani, spoke on behalf of the Forum.

He said members were prepared to work for overwhelming victory for Mr Tinubu.

“I can guarantee 70 per cent victory.

“So far, we have about 205 elected members of the States Houses of Assembly across the north of Nigeria. We are good to go,’’ he said.

“We are going to join hands together and sponsor ourselves to do this project,’’ Mr Zailani assured.

Secretary of the Forum and Speaker of Kogi State House of Assembly, Matthew Kolawole, said the APC was lucky to have a joint ticket of Tinubu and Shettima for the 2023 presidential election.

“Your Excellency, your transformation of Lagos State from a struggling state to the third largest economy in Africa is indeed commendable.

“Our nation needs a detribalised president with deep understanding of Nigerian politics and economy.