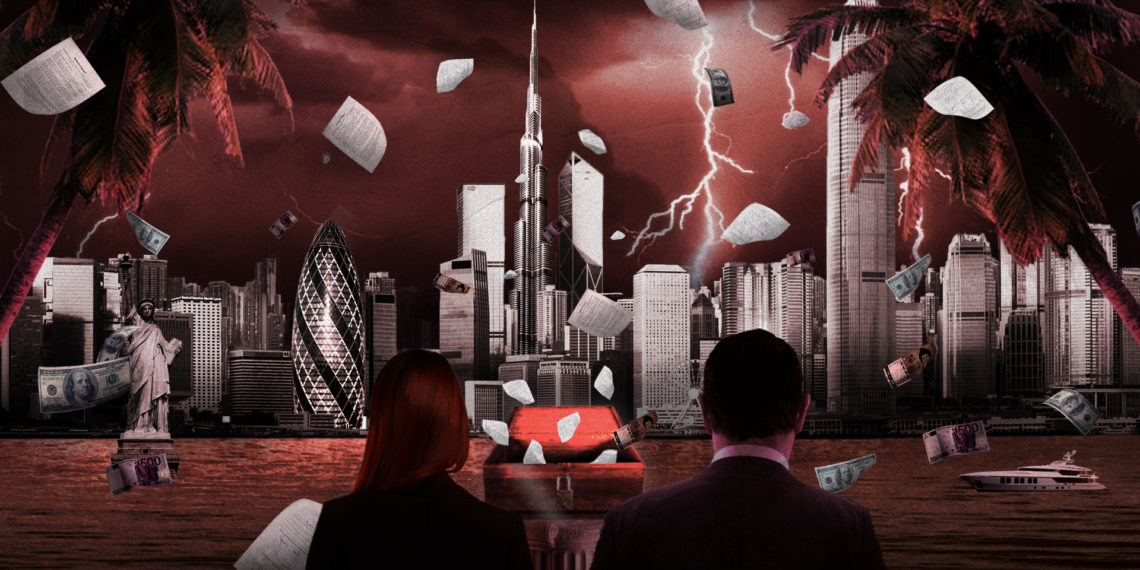 Before the new provision, individuals could launder suspicious funds through notorious secrecy and tax havens and hide behind shell companies incorporated in those havens to anonymously buy properties in the UK.

A new law in the United Kingdom is requiring offshore companies investing in its property market to declare their beneficial owners, promising to reverse London’s notoriety for allowing the flow of suspicious funds into its real estate through offshore shell companies.

It is a huge impact following the collaborative investigation between PREMIUM TIMES (PT) and Finance Uncovered (FU), which, in a series of reports, exposed the massive wave of funds flooding the London property market through secret shell companies of Nigerians, including Politically Exposed Persons, PEPs.

Produced as part of the Pandora Papers project coordinated by the International Consortium of Investigative Journalists, the PT-FU collaboration identified 233 UK properties — worth £350 million at current values — which had been secretly bought by 137 wealthy and politically exposed Nigerians using 166 anonymous offshore shell companies.

The new law, Economic Crime (Transparency and Enforcement) Act 2022, establishes the Register of Overseas Entities, held by the UK’s Companies House. The register requires foreign companies that own, sell or buy property, to declare their beneficial owners, thereby making it possible to check the sources of funds used to acquire such property.

Before the new provision, which came into force this month, individuals could launder suspicious funds through notorious secrecy and tax havens and hide behind shell companies incorporated in those havens to anonymously buy properties in the UK, especially the capital London.

They hid behind shell companies secretly incorporated in tax havens to anonymously acquire London properties, thereby evading enhanced due diligence in the UK and blocking the Code of Conduct Bureau in Nigeria to determine their true worth or if they had amassed wealth their legitimate incomes could not justify.

The UK had been criticised for paying lip service to combat international corruption by leaving a legal loophole allowing overseas companies to own property without having to declare their beneficial owners.
Delivering the 2021 anti-corruption lecture for Transparency International UK in London, WTO head and Nigeria’s former finance minister, Ngozi Okonjo-Iweala, condemned the UK for paying lip service to the fight against Illicit Financial Flows, IFFs.

She accused the UK of harbouring enablers, including bankers, lawyers, and estate agents, who cater to corrupt officials from Nigeria and other countries seeking investments in expensive London real estate through anonymous offshore shell companies.

“The Pandora Papers — like the Panama Papers before them — shed light on this shadow economy of tax avoidance, luxury homes and shell companies,” Mrs Okonjo-Iweala said.

The consequences of corruption and IFFs include undermining peace, democracy, and sustainable development in Nigeria and other corruption-blighted countries while harming the moral standing and long-term interests of the Global North countries like the UK, whose jurisdictions frequently serve as both channels and destinations for dirty money.

With the new open register, the UK said, “overseas entities who want to buy, sell or transfer property or land in the UK, must register with Companies House and tell us who their registrable beneficial owners or managing officers are.

“There will be severe sanctions for those who do not comply, including restrictions on buying, selling, transferring, leasing or charging their land or property in the UK.”

The affected companies have until 31 January 2023 to comply and the law applies to those that bought properties from 1 January 1999 in England and Wales and from 8 December 2014 in Scotland. But for Northern Ireland, it is from 1 August 2022, when the law came to force.

“If you do not comply with the Act, you could be fined up to £2,500 per day or get a prison sentence of up to 5 years,” the UK said. You’ll also face restrictions when buying, selling, transferring, leasing or charging property or land in the UK.”

Nigerian public officials exposed in our Pandora Papers reports would now have to declare their ownership of the offshore companies used to acquire their London properties.

Despite public vows in the wake of our investigation, Nigeria is not known to have taken any law enforcement action against the exposed officials. Code of Conduct Bureau is the country’s statutory agency responsible for enforcing laws relating to asset ownership and declaration by public officers.

Nigeria’s law requires public officials to declare all assets owned at home and abroad, which must be justified by their legitimate earnings.

Samuel Asimi, an anti-corruption advocate with the Civil Society Legislative Advocacy Centre/Transparency International Nigeria, said that the new UK register is a “good step” by a country facing “criticism for not doing enough to stop illicit wealth being brought into its shores.”

“While the countries of destination of dirty assets are primarily responsible for ensuring that it should not be possible to hide ownership within their jurisdictions, it is equally important that countries of origin of these assets use the intelligence from the unveiled registers to pursue investigations,” Mr Asimi said.

“We hope that this step will advance the accountability for unexplained sources of wealth held by Politically Exposed Persons and other individuals.”

Meanwhile, the new register states that where beneficial owners are not available, “managing officers” have to be mentioned.

“The use of managers in place of beneficial owners in rare cases is a concern because these PEPs might want to hide behind managers to conceal their identity,” Mr Asimi said. “This has to be adequately monitored. However, overall, the register is a welcome policy development.”

NCC issues new ITR for implementation in the country

Nigeria and the parable of the yam and the goat, By Cheta Nwanze