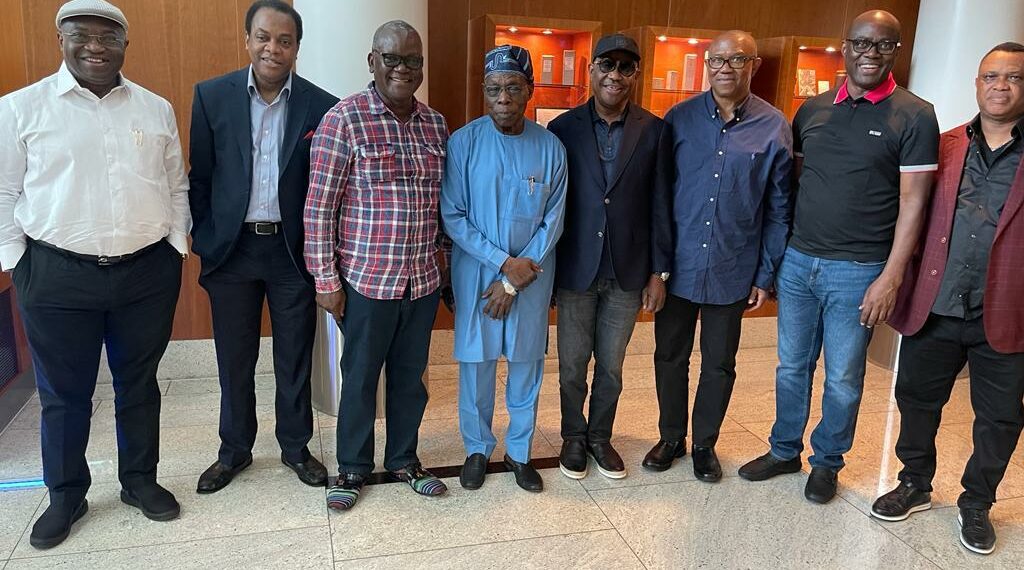 The meeting was held barely 24 hours after Mr Wike met with the presidential candidate of the APC, Bola Tinubu, in the UK.

A source told PREMIUM TIMES the meeting discussed preparations for the 2023 general elections. The source asked not to be named because he was not permitted to provide details.

The meeting comes barely 24 hours after Mr Wike met with the presidential candidate of the All Progressives Congress (APC), Bola Tinubu, in the UK.

An official of a support group for Mr Tinubu, Realwan Okpanachi, said both men met in London to discuss a “strategic alliance ahead of the 2023 presidential election and acknowledged the need to work together to ensure that Tinubu becomes president in 2023.”

Mr Wike’s meeting with Messrs Obasanjo and Obi also comes amid a crisis rocking the PDP with Mr Wike and the party’s presidential candidate, Atiku Abubakar, still at loggerheads despite moves for reconciliation.

The two men constituted separate committees to represent them at the reconciliation talk.

While the first planned meeting failed due to failure to settle for a location, the second meeting – which was held last week – was deadlocked and some party chieftains also pleaded with the governor not to leave the PDP.

The meeting also comes amid speculations that he is considering joining the APC, having been seen frolicking with some APC governors lately.

Meanwhile, an official at the PDP secretariat told this paper that Mr Atiku has since flown to London and is billed to meet with Mr Wike later.

Atiku has also urged members and supporters of the PDP to desist from making statements capable of compromising efforts made towards strengthening the party.

In a statement by his media adviser, Paul Ibe, Atiku said the appeal was necessary to call the attention of party leaders and members to the diversionary antics of the APC which, in manufacturing a false impression of division within the PDP, aims to hoodwink the Nigerian public to overlook the failures of the ruling party.

He said while Nigerians look up to the PDP to oust the APC, “this expectation is the reason why the APC is jittery of their impending fall in next year’s general election. It is also the very reason why the ruling party is manipulating the political process to create a sense of division in the PDP.”

“It is for this reason that appeal to every true member of the PDP and anyone who truly wishes the success of the PDP presidential candidate to not fall for the antics of the APC in making statements that could give credence to the false claim of divisions in the PDP.”

He said all the party leaders including Mr Wike and all governors of the PDP are united in working for the victory of the PDP in next year’s general election across the board.