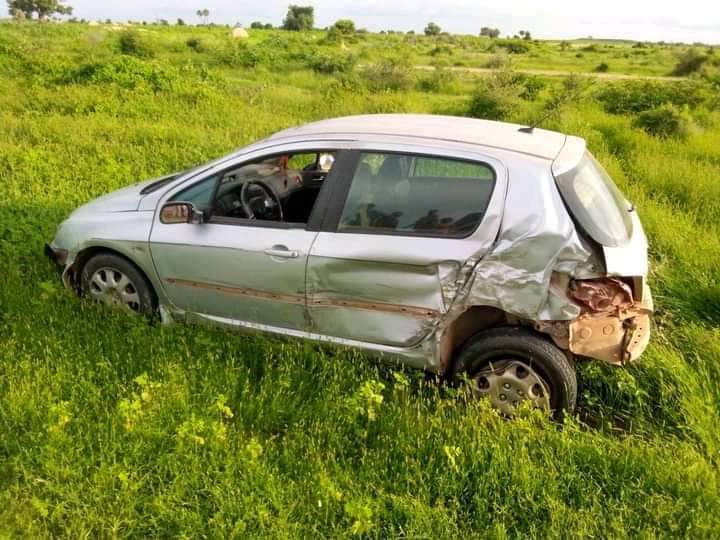 Terrorists kill one, abduct several others in Katsina

With more than 18 security agents checkpoints, the Jibia - Katsina highway is considered to be the safest road in the state.

Terrorists have blocked Katsina – Jibia highway, killed one passenger and abducted several others in an early evening attack on commuters Wednesday.

Sources told PREMIUM TIMES that a corpse was recovered at the scene of the attack around Kadobe village.

Katsina – Jibia highway links to Maradi in the Niger Republic and Zamfara State. It has over 18 security checkpoints. A military barracks and a correctional facility are also along the highway.

Nasir Mustapha, whose siblings were abducted said the attackers blocked the road around 5 p.m.

His brother Nasir Kacilu and sister, Fiddausi Mustapha were abducted on their way from Katsina to Jibia.

“He (Mr Kacilu) was returning from Dutsi and he called Fiddausi who was in Katsina to join him so they could return home (Jibia) together. I was in Katsina too when they left. I called them around 4:17 p.m and they said they were going together. That was the last time I spoke with them,” he said.

Mr Kacilu is an official of Dutsi Local Government Area of the state.

Mr Mustapha said the bandits contacted the family around 10:00 p.m. and demanded a ransom before their relatives will be released.

“My brother called Nasir’s line in the night and the bandits answered. They promised to get back to us to negotiate the ransom but also told us to keep praying,” he said

Another source, who sought anonymity, said the attackers came on six motorcycles and started shooting sporadically, forcing the two vehicles to stop.

“I was coming from the Jibia side and I saw them. I stopped my motorcycle and returned but they were six motorcycles with two bandits each.”

The spokesperson of Katsina Police Command, Gambo Isa, did not respond to calls and SMS sent to him for comments.

Terrorists, locally called bandits, have intensified attacks on motorists. Federal and local highways have been serially attacked with motorists being killed and others abducted.

These terrorists have been abducting residents in the North-west and a part of North-central Nigeria leading to the death of hundreds of thousands of people and displacement of millions of others.