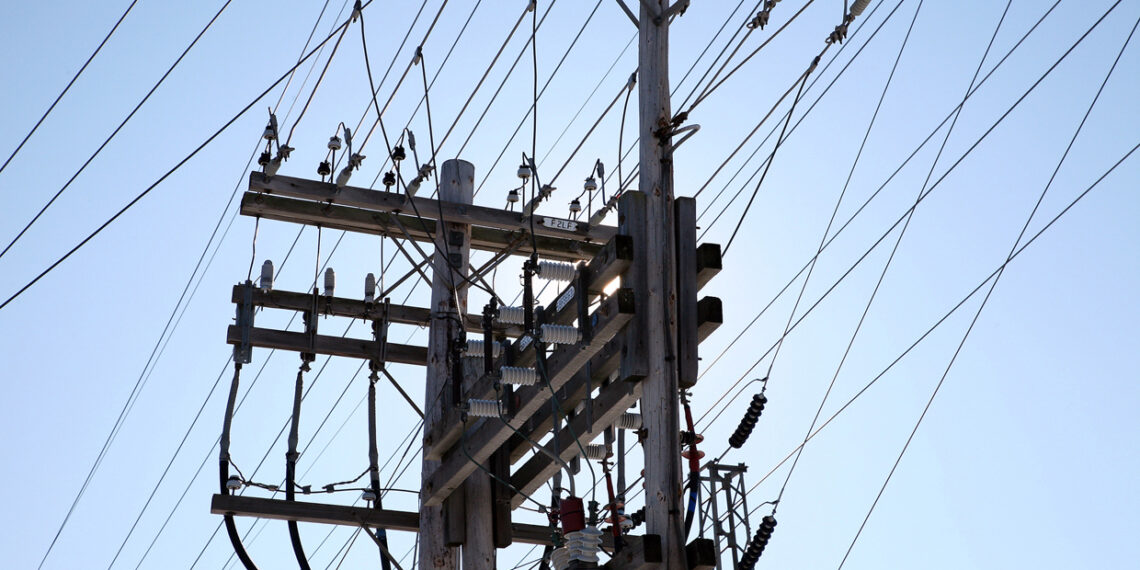 Data from the Independent System Operation (ISO), a unit of the TCN, showed that power generation stood at 4,149.40MW from 21 power plants as of 6am on Wednesday. However, the figure dropped to 1,635MW from 17 plants when the protesters started shutting down the plants.

The day’s business had remained seamlessly for hours until sudden darkness enveloped John Okechukwu’s shop last Wednesday, disrupting the day’s operations for the young entrepreneur. Mr John, who runs a photography and general printing business—colloquially referred to as “Business Centre”—at Yakoyo area of Ojodu in Lagos State, said the power outage affected his business at a time his generating set didn’t operate optimally.

“We were able to fix the generator after a while, to restore power, but many other businesses and houses that had no alternative source of electricity had their day messed up by the power outage,” he said.

“You can then imagine my anger when we heard the next day that it was due to electricity workers’ strike over plans to make them go through a promotional interview. It was very pathetic.”

Like Mr John, many businesses and households were thrown into darkness last Wednesday when the National Union of Electricity Employees (NUEE) embarked on a strike that left cities and towns across Nigeria in confusion after workers shut down power stations.

The National Union of Electricity Employees (NUEE) had in a circular issued on Tuesday directed its members to embark on an indefinite strike following alleged anti-workers activities.

The circular signed by its National Secretary, Joe Ajaero, ordered the electricity workers to mobilise for serious picketing of the Transmission Company of Nigeria’s (TCN) headquarters and stations nationwide from Tuesday over the directive by the TCN Board that all principal managers (PMs) in acting capacity going to the next position-assistant general managers (AGMs) must appear for a promotion interview.

Mr Ajaero insisted that the directive was in contravention of the workers’ conditions of service and career progression paths because, according to him, “it was unilaterally done without the relevant stakeholders.” The union also faulted the authorities for not resolving the promotion issues for three years and stressing that memos written to address the issue had gone without acknowledgement.

Data obtained from the Independent System Operation (ISO), a unit of the TCN, showed that power generation on the grid stood at 4,149.40MW from 21 power plants as of 6am on Wednesday. However, the figure dropped to 1,635MW from 17 plants when the protesters started shutting down the plants.

Consequently, from about 4,800 megawatts (MW) of peak electricity generation recorded on Tuesday, the grid gradually collapsed on Wednesday, throwing homes and businesses into darkness.

The National Union of Electricity Employees (NUEE) later suspended the nationwide strike for two weeks after a meeting with the Minister of Labour, Chris Ngige. Mr Ajaero said the government had promised to resolve the issues raised by the union within two weeks, noting that if their demands were not met, the strike would resume.

Although the TCN said in a statement that the issues raised by the union were being addressed, it expressed worry over what it called “a setback” to the nation’s power supply progression journey.

According to the TCN’s Public Affairs Manager, Ndidi Mbah, the improvement recorded in the grid generation which peaked at 4,830.69MW as of August 16, came on the back of the interventions of the Nigerian Electricity Regulatory Commission (NERC), the ministry of power, and other stakeholders in the value chain. The improvement, hampered by gas supply challenges, was worsened by the union’s strike action.

“Despite this setback, we are set to restore the grid as quickly as possible,” the TCN said.

The nation and thousands of businesses that rely on the national grid must have lost billions of naira due to the strike action.

Last year, the Nigerian Bulk Electricity Trading (NBET) Plc stated that it processes an average of N60 billion worth of electricity monthly from the national grid, translating to about N720 billion every year. The Managing Director of NBET, Nnaemeka Eweluka, also said that about N1.3 trillion has been managed by the agency as funding by the Federal Government to support the sector.

In effect, with the nation averaging N720 billion annually, the daily cost of electricity generated translates to a figure in the region of N1.97 billion, at least half of which the Nigerian Bulk Electricity Trading Plc (NBET) pays to generation companies. In January, details emerged of how power generation companies (GenCos) were paid N311.06 billion out of the total invoice of N614.58 billion, representing 50.61 percent of their total invoice for power supplied to the national grid in the first nine months of last year.

The nation equally has a Pull Call Option Agreement (PCOA) in place which makes payment compulsory for the nation whether power generated is transmitted through the national grid or not. Under the pull call option agreement (PCOA), Nigeria is expected to pay a mandatory monthly fee ranging from $30 million and $33 million to Azura for power generated, whether transmitted or not through the national grid.

The House of Representatives committee on finance recently frowned upon the $30 million “take or pay deal” reached with investors on the Azura power plant as James Faleke, chairman of the committee, expressed concerns that Nigerians were not getting value for the money paid by the government.

The power sector was privatised in November 2013, with six power generation companies and 11 electricity distribution companies handed over to the private sector. However, the Federal Government retained control of the Transmission Company of Nigeria (TCN).

Being one of the 18 unbundled Business Units under the Power Holding Company of Nigeria (PHCN), TCN was issued a transmission License in July 2006. It was subsequently issued two licences in June 2013 for electricity transmission and system operations.

Last year, in a bid to transform the operations of the Transmission Company of Nigeria (TCN), the Bureau of Public Enterprises (BPE) recommended the full privatisation of the country’s electricity transmission network.

In an interview with Bloomberg, the BPE Director-General, Alex Okoh, said the agency will “share its proposal very shortly with the National Council on Privatisation that the state-owned corporation be unbundled and then privatized”.

But in a subsequent statement, Yunana Malo, Director of Energy Department at the BPE said the bureau would instead hand over the company to a private manager on a concession arrangement to get maximum value rather than privatise it.

Although he admitted that transmission was the weak link in the power reform, noting that generation and distribution which have been privatised had since attracted investments, he said there was no plan to privatise the transmission segment.

“The seemingly weak link is the transmission component, it is still 100 per cent owned by the FG,” he said.

Meanwhile, many Nigerians have called for a thorough look into the shutdown incident of last week, adding that such serious disruption should not be allowed to re-occur in the overriding interest of the nation’s economy and security.

“It was a case of ‘economic sabotage’ and those behind it must be made to pay for it,” said Mr John.

Buhari congratulates Nigerian student on winning AFS Award in US

BREAKING: Senate threatens to cut budget of over 100 MDAs for ignoring summons