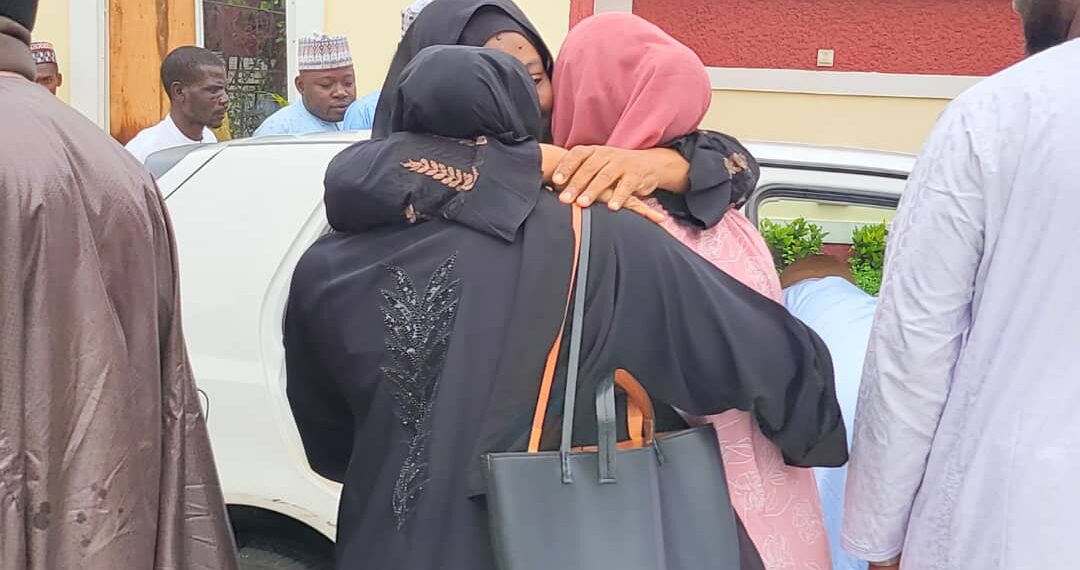 Mr Mamu, in a statement, said the abductors threatened to marry off one of the hostages.

The Newspaper Publisher, Tukur Mamu, who earlier negotiated the release of some of the victims confirmed the release to PREMIUM TIMES on Friday.

Mr Mamu, in a statement, said the abductors also threatened to marry off one of the hostages.

The latest release followed that of 10 August, where the gunmen released six family members of a former military administrator of Kano, Idris Garba, and another woman.

Mr Mamu said a 90-year-old woman, Halimatu Atta, who is the oldest of the hostages, was among those released today.

Below is the full statement from Mr Gumi

I can confirm that earlier on Friday, four additional victims of the train attack were released by their abductors. The four released victims just left my office.

They said they came collectively to thank me for the past efforts I made to mediate on their behalf and for convincing their abductors to drop the threats of executing them and to plead for all stakeholders especially the federal government to intensify efforts as the condition of the remaining 23 victims they left at the forest is pathetic.

Amongst those that were released on Friday includes the oldest victim, a grandmother, Mama Halimatu Atta. She is 90 years old. Also released is her daughter, a 53-year-old married woman, Adama Atta Aliyu, (the woman that was bravely shown in the last video protesting and challenging her captors and lamenting the failure to secure their release).

The victim that first suggested my name to the abductors, as one of those to be contacted to mediate between them and the federal government, Mohammed Sani Abdulmaji (M.S Ustaz) and a Sokoto indigene, Alhaji Modin Modi Bodinga were also released on Friday.

A SPECIAL CALL TO THE FEDERAL GOVERNMENT AND THE CHRISTIAN ASSOCIATION OF NIGERIA (CAN) ON ONE OF THE VICTIMS, A 21-YEAR-OLD AZURFA LOIS JOHN

This is to alert the federal government and especially the Christian Association of Nigeria (CAN) that I can confirm through credible information at my disposal that if urgent action is not taken to immediately secure the release of the youngest victim of the train attack, a 21-year-old Azurfa Lois John, the abductors as they have done in the case of Leah Sharibu are planning to marry her any moment from now.

One of the top commanders is said to be “in love with her”. This important information should be treated with the urgency it deserves. Even though I know that given such information will not only resettle her immediate family and loved ones but Nigerians as a whole, it is necessary to do so to avoid a repeat of Leah Sharibu’s case.

I advise CAN in particular not to politicise this issue or reduce it to mere press releases as I have seen in the past but to work closely with relevant authorities to engage the abductors on her case as soon as possible before it is late.

I pray that given the uncertainties which are becoming alarming, the federal government will also act very fast to ensure the release of all the remaining victims.