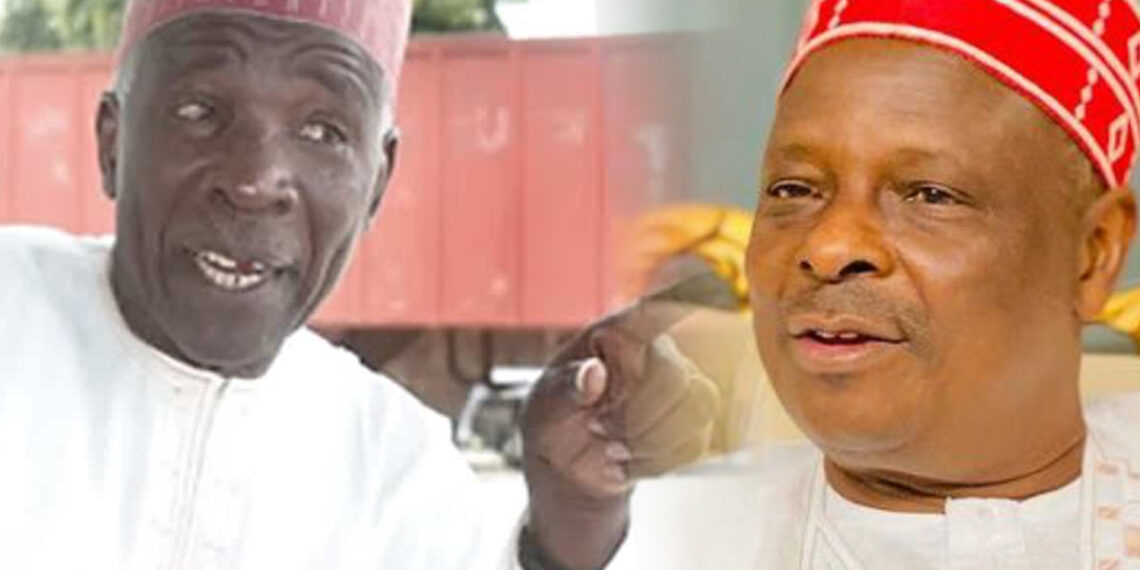 Buba Galadima speaks on the chances of Rabiu Kwankwaso in the presidential election, the APC same-faith ticket and the challenges facing Nigeria.

Buba Galadima is a member of the Board of Trustees of the New Nigeria People’s Party (NNPP), a party with former Kano State Governor, Rabi’u Kwankwaso, as its presidential flag bearer. In this exclusive interview published by PREMIUM TIMES HAUSA on Monday, Mr Galadima speaks about the candidate’s chances in the 2023 presidential election and insecurity in Nigeria.

PT: Let us start with insecurity in Nigeria. If you were part of this government, what would you have done about what is happening in the country?

Galadima: Well, let me say it once again, as President Muhammadu Buhari has said it before, as I have also said many times, we did not join Buhari’s political movement to scramble for positions if he wins an election. In our zeal, determination and love for Nigeria, we needed someone who would rescue this country from near collapse and at that time we believed Buhari was the man capable of doing so.

With his experience as a retired military general and former Head of State, we thought he was all we needed in this country. Unfortunately, after more than seven years as president, he has not done better than someone who had never been a soldier in his life.

To secure a country, to make everyone safe, there must be will and courage. When you give orders and your commanders fail, you sack them. But we are not seeing this in his fight against terrorism and banditry.

PT: Did you read Governor Nasir el-Rufai’s letter to President Buhari, notifying him about the presence of Boko Haram in Kaduna and Niger states?

Galadima: What is so special about the letter? What is special about El-Rufai? What is in that letter that we have not said before? Is El-Rufai more special than millions of other Nigerians who complained about the presence of terrorists in the two states before?

Buhari’s advance team was attacked in Katsina. Kuje prison was also attacked. Soldiers from the Presidential Guards Brigade were also attacked near Bwari. Let me tell you, we are lucky because these bandits are not organised, otherwise, they could have forced their way into Abuja.

PT: Let us now talk about politics. The president has lost his senator, Ahmed Babba-Kaita, and House of Representatives member from Daura to the opposition parties. What do you think about that?

Galadima: When loyalists around you begin to leave you en masse, you should check yourself. You should check your relationship with them. Now, this man is encircled by the same people who fought us, who wanted to eliminate us when we were in the opposition with Buhari. I am talking about the likes of Adamu Abdullahi, Godswill Akpabio, Rotimi Amaechi and others.

When his tenure ends, he will know the real looters in this country. I am sure he will be shocked by what will surely be exposed in the near future.

PT: You were with Atiku during the 2019 presidential election. He lost Kano State despite the large crowd that welcomed him at the Aminu Kano International Airport, Emir’s Palace and Sani Abacha Stadium.

Galadima: I can swear with Holy Qur’an that Atiku won the 2019 presidential election. Remember when President Buhari was asked by a pressman at that time, “will you congratulate the winner if you don’t win?” he replied that he is the one who would win.

PT: Your party, NNPP, has absorbed many defectors from the APC and PDP in Kano. Do you think Kwankwaso can match the other contestants? Do you think he will do better than Buhari or Atiku if he becomes president, given that you knew Buhari and Atiku very well before you joined Kwankwaso’s campaign train?

Galadima: Kwankwaso is better than the two of them and the other contestants. But Atiku would have done better than Buhari in 2019. If Atiku were the president from 2019 to date, I am sure Nigeria will not be in this serious mess.

Coming back to 2023, Kwankwaso is better and will do better than all of them. He is even more educated than Buhari and Atiku. He served as an ambassador, he was a senator and a two-term governor. Kwankwaso holds PhD in engineering. He is more concerned about the fight of the less privileged. He is concerned with how the country, especially the north is being destroyed. Kwankwaso’s footprint in educational development is unmatched. We have seen that when he was a governor and he is still doing so in his personal capacity.

The NNPP is strong in Kano, Katsina, Kwara, Niger, Kaduna, Jigawa, Bauchi, Gombe and Adamawa. The party is also strong in Taraba, Kogi, Nasarawa and Plateau. We will have strong votes in Yobe, Borno, Benue, Cross River, Akwa Ibom, Oyo and Delta. If we can have 25 per cent of the votes from Lagos State, we can win the election smoothly.

PT: With the emergence of the Muslim-Muslim ticket, don’t you think the APC has an edge over NNPP and other parties in the north?

Galadima: You know, some people attended schools, but they ended up not being educated. Also, what is someone’s meat is another man’s poison. Whatever a party can do to win an election is allowed, if it acted within the law and the rules. APC on its side is thinking that it cannot win the next election without a Muslim-Muslim ticket. But NNPP picked a pastor as Kwankwaso’s running mate.

Look at what we did in Plateau State where 40 per cent of the population are Muslims. Our gubernatorial candidate is a pastor who lived in the United States for 17 years. He is also running an NGO dealing with conflict resolution. His running mate is Sheikh Abdulahi Ango. The two are respected people who love peace. So, if we can have the majority votes from the Muslim side and minority votes from the majority side, other parties can go and share the remaining votes. Because NNPP is the only party with a Muslim as a running mate.

Same as Taraba State where many parties have Christians as gubernatorial candidates and running mates as well. But NNPP having considered that about 60 per cent of the population are Muslims, our candidate is a Muslim and his running mate is a Christian. And the people accepted that.

If NNPP can get the majority of votes from the Muslim side and minority votes from the majority Christian side, our party will win in both state and the presidential elections in Taraba State. This is politics. You cannot exclude a large section of society from the democratic process.