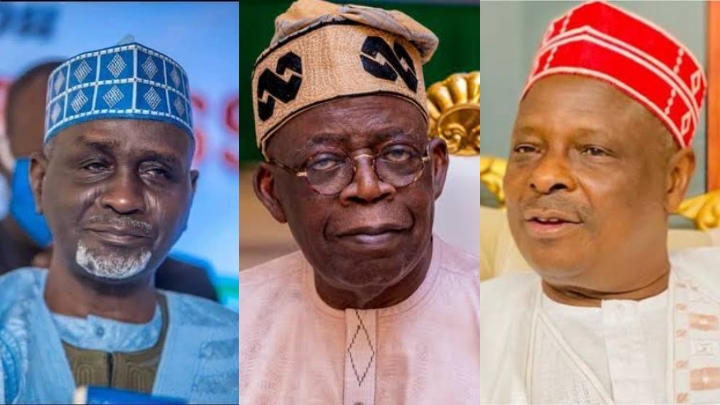 Shekarau's followers are not happy with happening in the NNPP since their defection to the party in May.

Three months after leading his associates to defect from the All Progressives Congress (APC) to the New Nigeria Peoples Party (NNPP) with great fanfare in Kano, a former governor of the state, Ibrahim Shekarau, appears set to dump his new party.

On Tuesday, Mr Shekarau’s spokesperson, Yau Sule, said the former governor who is the sitting senator for the Kano Central District, will meet the presidential candidate of the APC, Bola Tinubu, on Wednesday in Abuja as his group explores its options ahead of the 2023 general elections.

Mr Sule said Mr Shekarau’s followers had been left unhappy by happenings in the NNPP since their defection to the party.

It was gathered that the group had been demanding that the party implement the terms of the agreement it reached with it before the defection of its members.

Mr Sule said both sides had agreed that an unspecified number of the former governor’s associates would be awarded nomination tickets for the general elections.

“Before accepting the offer to join the NNPP, we presented our proposals to the NNPP, which they accepted. Unfortunately, they deceived us. None of the agreements reached before defecting to the NNPP was fulfilled by Mr Kwankwaso,” the spokesperson said.

A founding member of the APC, Mr Shekarau had moved to the NNPP with thousands of his supporters on 18 May, following a disagreement with Governor Abdullahi Ganduje over the leadership of the ruling party in the state.

Mr Shekarau was the presidential candidate of the defunct All Nigeria People’s Party in 2011 and was one of the leaders of the party in the alliance talks with the leaders of the other legacy parties that resulted in the formation of the APC in 2013.

However, he defected from the party to the then ruling PDP in 2014, in protest against the new party handing over its structures in Kano to then Governor Rabiu Kwankwaso, who had defected with some other governors and lawmakers from the PDP.

But Mr Shekarau rejoined the APC in 2018 after the party dissolved its Kano State Executive Committee and constituted a caretaker committee to absorb the associates of the same Mr Kwankwaso, who returned to the party that year.

It was thus a surprise when Mr Shekarau led his group to join Mr Kwankwaso who had left the PDP once again to run for president on the ticket of the NNPP.

Although he was awarded the senatorial ticket of the party, it emerged from the list of candidates submitted by the NNPP to the Independent National Electoral Commission (INEC) that. his associates got none.

The tension in the NNPP aggravated following the closure of substitution of candidates by INEC. Rival political parties, including the APC and the PDP, have since been reaching out to the group to exploit the situation.

Mr Shekarau and his associates have since met with the PDP, presidential candidate, Atiku Abubakar, and the party’s national chairman, Iyorchia Ayu.

He has also met with the vice presidential candidate of the APC, Kashim Shettima and has scheduled another meeting for Wednesday with Mr Tinubu.

Mr Sule said Mr Shekarau called a meeting of the Shura Council, the group’s highest decision-making body, on Sunday to brief the members on the challenges with the NNPP. and the proposals that had been made to the group by both the APC and PDP.

Mr Sule said because the meeting could not agree on whether to move into the PDP or the APC, it set up a 30-member committee to look into the development and recommend a way forward.

“The 30-member committee will present its recommendations this Thursday. So, it is after that our next line of action will be made public,” he also told Daily Trust.

Mr Sule said the council would also reach out to the national leadership of the NNPP as the Shekarau group has not foreclosed remaining in the party.

Our reporter made efforts to speak with Mr Kwankwaso and the leadership of the NNPP on the matter but they did not respond to calls to their known phone numbers.