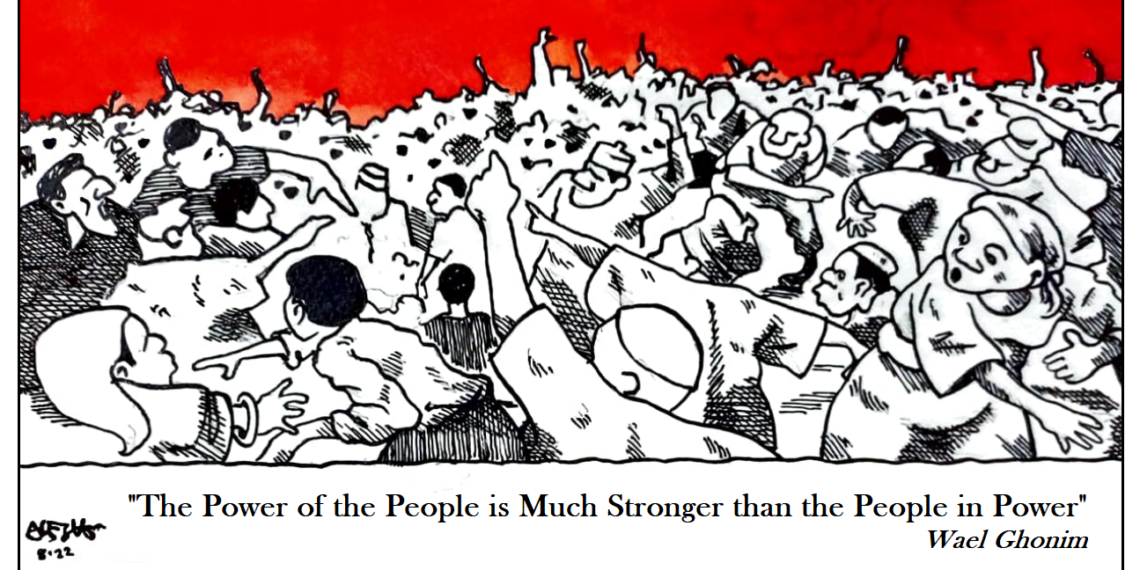 "Economically, the dark clouds are gathering. And only by coming up with right strategies, and fast too, to fix the mess will Nigeria avert a bigger crisis."

Coming after a year-long lockdown of the global economy, as the healthcare sector struggled to contain the more harmful effects of SARS-CoV-2 (the virus that causes COVID-19), Russia’s invasion of Ukraine earlier this year was always going to be fraught. In the end, by cutting off access to major supplies of wheat, grains and some commodities from the region, it has piled on price pressures globally.

The World Bank has warned of a growing threat of access to food for hundreds of thousands of vulnerable people across the world, but especially in emerging economies. Beyond that, the global response, although not as coordinated as that to the pandemic, has hurt. Across economies, central banks have hiked their benchmark rates precipitously as most try to deal with unprecedented levels of inflation.

Again, emerging and frontier economies have been at the wrong end of tightening monetary conditions. Rising yields on dollar-denominated assets have diverted investment away from them, the same way as it has exerted downward pressure on their currencies, while raising the cost of their debts. It was to be expected, in these circumstances, that a number of countries would tread deep waters.

In Sri Lanka, however, the crisis that has had thousands of protesters invade and occupy major public office and residential spaces is largely of a local vintage. Gotabaya Rajapaksa’s (president until he fled the country on a military plane) decision to ban fertiliser imports for seven months to conserve the country’s foreign reserves (domestic food production convulsed) and to cut taxes (which cut revenue by $1.4 billion annually, just as the pandemic choked of tourism revenues) were the immediate causes.

But years of nepotistic rules by the Rajapaksa clan had prepared the country for the crisis. Sri Lanka is an import-dependent country, which had a foreign Reserve of $7.6 billion as at the end of 2019. The country depleted this buffer to $250 million. The country’s annual import is worth $3billion, which outstrips export earnings by far. Currently, it simply does not have the foreign currency to import vital goods and services.

Even without the stigma of his long association with the Rajapaksas, Ranil Wickremesinghe, a six-time prime minister elected to replace the fugitive Gotabaya, has his work cut out for him. He has directed the military to do “Whatever is necessary to restore order.” For a country in dire economic straits, a recourse to strong-arm measures is wide of the mark. The country must first secure an immediate solution to shortages of food items, medicine, fuel and power, which have inflicted untold hardship on its citizenry. Transportation is a big problem and this has forced the authorities to shutdown schools and direct workers to work from home. In June, fuel was rationed, and made available only to essential service workers. Inflation has skyrocketed to more than 50 per cent.

Yet, the bigger item in his to-do tray are the negotiations with multilateral financial institutions such as the World Bank, International Monetary Fund and friendly donors including the United Nations, India and China, to provide favourable credit arrangements to help the country bridge its immediate balance of payments problems, even as longer term solutions are found to the burden from its $51 billion debt.

The similarities between Sri Lanka’s many own goals and the outcomes from the domestic authority’s embrace of unorthodox policy measures for the management of the economy mean that the developments in Sri Lanka should interest Nigeria’s leaders: from President Muhammadu Buhari to the 36 states governors. Many governors are out of touch with prevailing economic realities with their 20-car long convoys of exotic vehicles; their retinue of aides, up to a thousand in some cases; wage bills haunted by ghost workers and a large base of unfunded pension obligations; and engaging in projects that could, at best, be adjudged as conduits to their own pockets.

The reality in Nigeria today is that inflation is spiralling out of control. The exchange rate of the naira was N710 to $1 as of the beginning of August. Our fiscal authorities’ revelation that debt services gulped N1.9 trillion in the first four months this year, as against a N1.3 trillion revenue within the same period, has set alarm bells ringing. More frightening is the recent report that Nigeria’s gross external reserves, which the Central Bank of Nigeria (CBN) puts around $39 billion has been discovered to be a work of fiction. It is far less. The real figure is now a guarded secret and attempts by this newspaper to get official figures or comments from officials were spurned by the apex bank. The balance on the external reserves has reportedly dropped to $15 billion due to the implied subsidies on the CBN’s preferred method of managing the naira’s exchange rate, and non-remittance by the national oil monopoly of oil export earnings in recent times.

Already, many families can no longer feed as a result of food inflation, the devalued naira and a cash crunch imposed by salary arrears in about 33 states in the country. In some states, the backlog is as high as 10 months. The costs of fuel, diesel and gas have compelled businesses to either close or shrink their operations. In the aviation sector, the scarcity of JetA1 and its astronomical costs have enfeebled airlines operations. This challenge and the paucity of foreign exchange for operations have led some operators to temporarily shut down. An economy-class flight ticket, which hitherto cost N25,000, now goes for between N80,000 and N150,000, depending on a traveller’s destination.

Since February 14, the Academic Staff Union of Universities (ASUU) has been on strike over government’s refusal to implement a 2009 agreement reached on improved funding of public universities. Students, who seem to have again lost another academic session, have organised pockets of protests in solidarity with ASUU. The government’s adamant posture compelled organised labour too, to embark on what it termed a “warning strike” in solidarity with ASUU recently. Youth unemployment has been growing. A time bomb. According to the National Bureau of Statistics, youth unemployment at the end of the fourth quarter of 2020 was 53.40 per cent, an increase on the 40 per cent by which it closed the second quarter of the same year. General unemployment stood at 33.30 per cent.

Obviously, a perfect storm is creeping in, given this ominous economic horizon. There is a profound crisis of leadership in Nigeria and clearly, things would not have degenerated to the current level if the country has been able to manage its crude oil economy well. One of the Buhari regime’s early discoveries was of undeclared crude export worth $17 billion by some oil companies, after a diligent enquiry into sales documents, onshore and offshore. The Attorney-General of the Federation and Minister of Justice, Abubakar Malami, admitted this much in April 2017, when he appeared before a House of Representatives ad hoc Committee investigating oil and gas theft. He said that government litigation against the concerned firms was being considered.

The chairman of that committee, Abdulrazak Namdas, said then, “With that money, Nigeria does not need any foreign loans to finance its budget.” He was right. According to him, 57,830,000 million barrels of crude were undeclared. Crude oil worth $3 billion was taken to China and the consignment shipped to Norway was valued at $839.5 million. “These figures were conclusively ascertained by buyers’ Bill of Lading, arrival dates, destination ports, quantity of crude oil and other documented information,” Namdas affirmed. The critical questions Nigerians have been seeking a response to is: where is the money and why has government kept quiet about the affair?

Upheavals, whether of the civil or revolutionary hue, are not what any government would wish to experience. They saw the end of the ancient regime in France in July 14, 1789, a day still observed as national holiday till date. It is the genesis of the Arab Spring that began in Tunisia, which ousted President Zine el Abidine Ben Ali in January 2014 from office without a gunshot. Presidents Abdulaziz Bouteflika of Algeria and Omar al-Bashir of Sudan left office under similar circumstances. Buhari had a taste of this peoples’ power in the 2020 #EndSARS movement that necessitated his “your voice has been heard” plea in a broadcast, during which he urged the irate youths protesting impunity and arbitrary killings by the Police special squad, to sheathe their sword as the protest morphed into violence. Economically, the dark clouds are gathering. And only by coming up with right strategies, and fast too, to fix the mess will Nigeria avert a bigger crisis.