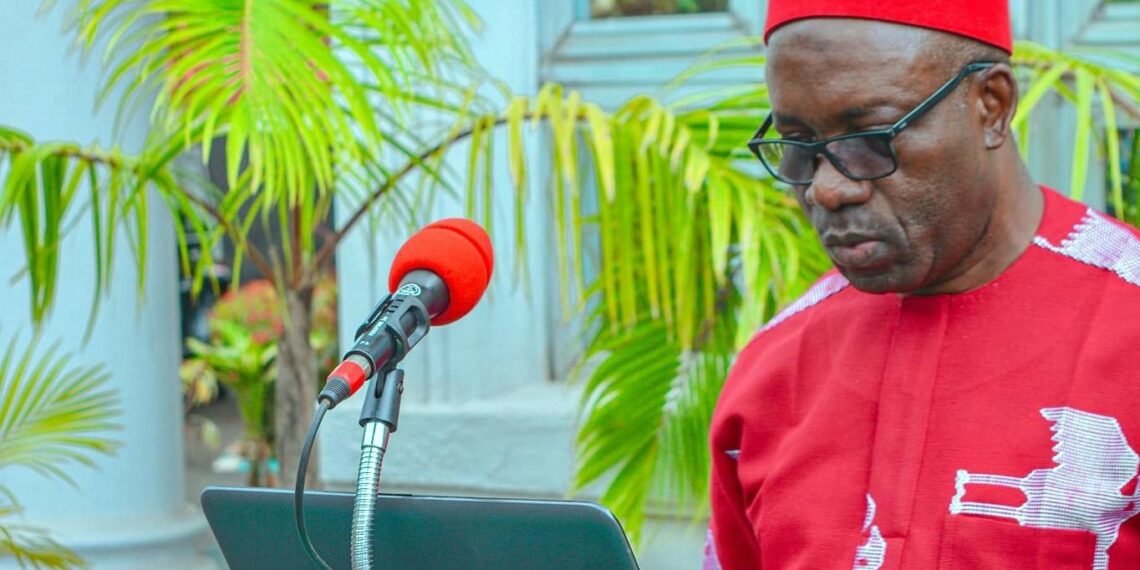 The Managing Director of Anambra Signage and Advertising Agency (ANSAA), Tony Ujubuonu, disclosed this via a public notice.

The Anambra State Government under the leadership of Governor Chukwuma Soludo has resolved to vet the campaign materials of all political parties, in the state, before they are shared.

The Managing Director of Anambra Signage and Advertising Agency (ANSAA), Tony Ujubuonu, disclosed this via a public notice, according to a report by The Nation newspaper.

Mr Odili said presidential candidates will pay the state government N10 million each to place their campaign posters anywhere in the state.

State assembly candidates are mandated to pay N1 million for the same purpose, he said.

Mr Odili said the government has banned the use of posters on bridges and road demarcations along the streets of the state.

He also announced that the pasting of campaign posters on street light poles, roundabouts and other public buildings had been prohibited.

According to the notice, materials in advert forms such as posters, public address systems, banners, fliers, bunting, T-shirts, caps and sundries must be fully paid for and approved by the state government.

The government further directed that the payment for posters be made to the government revenue account before pasting anywhere in the state.

“As campaign for 2023 general election officially commences next month, September, Anambra State Signage and Advertisement Agency (ANSAA) in charge of all forms of advertising in the state wishes to bring some important information to your notice,” the notice reads in part.

It continued, “That every campaign material and advert forms such as posters, public address systems, banners, fliers, buntings, T-shirts, caps and sundries must be duly approved for after full payment of the requisite fee.

“That every billboard must be displayed through a registered advertising practitioner after the advertising content has been vetted by the Advertising Practitioners Council of Nigeria.”

It noted that politicians who fail to make the payments would face prosecution before the general elections.

There will be no governorship election in Anambra in 2023 as Mr Soludo was only sworn in in March. However, all other elections will hold in the state.

PREMIUM TIMES will bring you more updates on this story in subsequent reports.