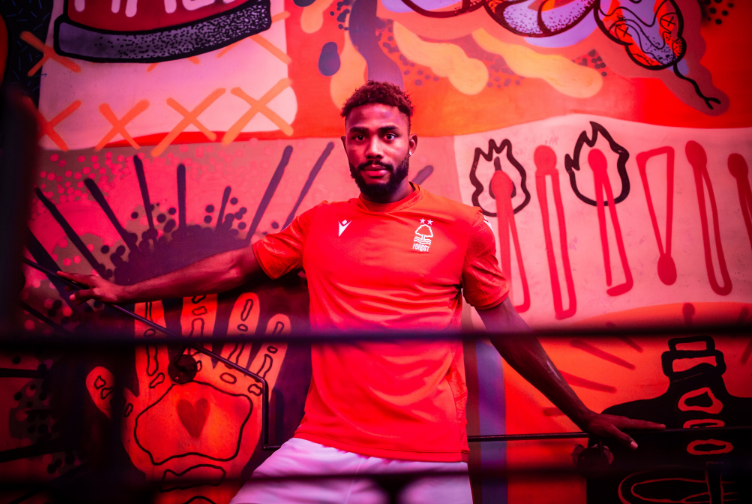 Emmanuel Dennis is joining Nottingham Forest from the relegated Watford City he featured for last season.

The Premier League club, Nottingham Forest, have confirmed the signing of another Nigerian striker, Emmanuel Dennis.

Though no terms were disclosed by Forest in their official statement released on Saturday, reports suggest Dennis cost the Premier League new boys around £20 million transfer fee.

“The 24-year-old forward arrives on Trentside having hit double figures for The Hornets last season, returning 10 goals from 33 Premier League starts.” a part of the Nottingham Forest statement read.

It added: “Prior to arriving in England, Dennis’ first professional venture was in Ukraine’s top-flight with Zorya Luhansk before enjoying a productive four-year spell in Belgium with Club Brugge, notably scoring twice in a 2-2 draw at the Santiago Bernabeu against Real Madrid in the group stages of the 2019/20 UEFA Champions League.

“With seven international caps to date for Nigeria, the pacey forward links up with fellow countryman Taiwo Awoniyi to bolster The Reds’ attacking options.

“Welcome to The City Ground, Emmanuel”

Dennis who played for relegated Watford FC last season will be teaming up with another Nigerian striker, Taiwo Awoniyi, at Forest as the duo will be hoping to combine well as strike partners.

Indeed, Manager Steve Cooper has strengthened his squad with a significant number of signings during the summer transfer window and there are indications there could be more signings before the transfer window officially closes.

Among others, Forest have also been linked with Brighton forward Neal Maupay, who was left out of Saturday’s squad against Newcastle.

Born in Yola, Nigeria in 1997, Dennis started his youth career with the Kwara Football Academy, joining in 2012 before moving to Ukraine in March 2016 to sign for top-flight side Zorya Luhansk.

His form in Ukraine caught the attention of Belgian side Club Brugge, with the Brussels club confirming the permanent transfer of Dennis in May 2017 on a four-year contract. After notching two goals on his debut, the Nigerian netted four goals in his first three Jupiler Pro League appearances.

Featuring 116 times across all competitions for Club Brugge, Dennis showed he could perform at the highest level after scoring two goals in the 2019 Champions League group stages against Real Madrid at the Santiago Bernabeu as the Belgium side earned a 2-2 draw.

Dennis made 24 European appearances in total for Club Brugge and moved to a new challenge in the Bundesliga with FC Koln in 2021, appearing ten times during a brief loan spell.

The forward then signed a five-year contract with Watford after The Hornets agreed to a fee to sign the Nigeria international from Club Brugge.

Dennis did well in what is now his only season at Watford; scoring 10 Premier League goals in 33 appearances for the Hornets.