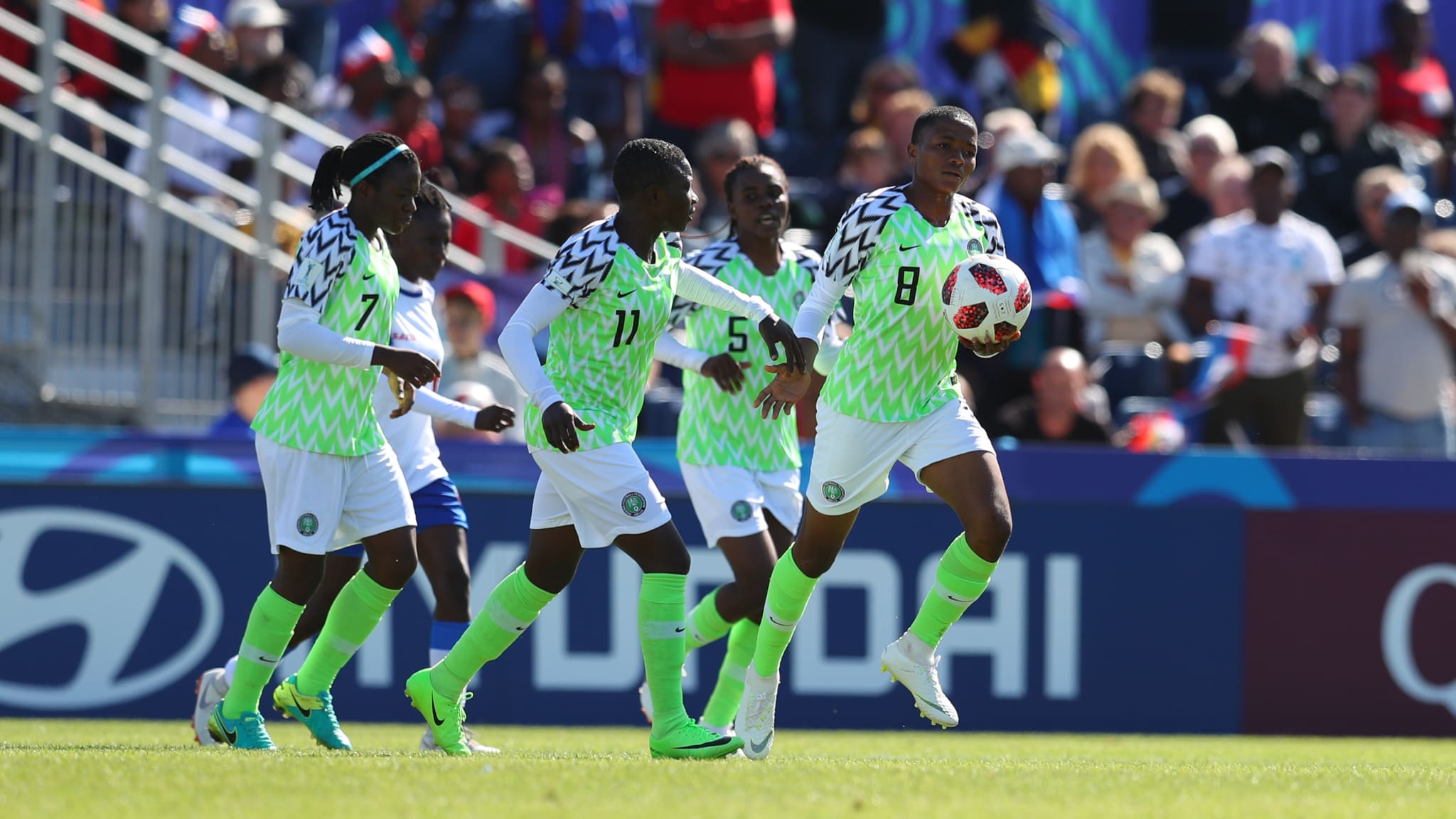 The Group C opener was delayed by torrential rain but in the end, the Falconets prevailed over France.

The Nigeria women’s U-20 team got off to a winning start at the 10th FIFA U20 Women’s World Cup in Costa Rica on Friday morning as they battled to a 1-0 win over France in their first Group C match.

The Falconets, who are two-time runners-up in the competition, overcame torrential rain, an hour delay and more rain to defeat Europe’s top team, France, 1-0 in their group opener.

Flourish Sabastine, top scorer for the Falconets in the African qualifying series, was the heroine against France as her solitary strike in the 85th minute was enough to give Chris Danjuma’s side the maximum three points on offer.

The weather conditions in San Jose, the Costa Rican capital, hindered fluid football which was the hallmark of both the Falconets and their French opponents.

That nonetheless, Esther Onyenezide who operates from the Falconets midfield still caused panic in the French team’s vital area with an intelligent free kick barely seven minutes into the game.

With the rains still pouring, Mexican referee Francia Gonzales opted to stop the game in the 20th minute as visibility was increasingly becoming impossible for both teams.

The suspension lasted exactly one hour.

Eight minutes after resumption, Magnaba Folquet had to desperately head the ball away from goal as Nigeria pushed forward.

However, within two minutes as the first half wound down, Nigeria skipper Oluwatosin Demehin and France defender Kysha Sylla were cautioned – a measure of the intensity of the battle.

In the second half, both teams fought even harder. Two minutes before the hour mark, Mercy Idoko failed to connect properly at the end of a sweet team move, and 20 minutes from time, goalkeeper Oyono Omini provided a critical block in the vital area as France surged forward.

In the 72nd minute, substitute Chiamaka Okwuchukwu was hindered from getting anything positive as Flourish Sabastine got a cross into the French vital area.

The game flowed from end to end as both teams attacked with zest and defended resolutely.

Substitute Jade Nassi thought she had put France ahead when she slotted home from a goalmouth melee that followed a corner kick in the 80th minute, but referee Gonzales consulted the Video Assistant Referee which correctly ruled out the strike for a foul on Omini.

Five minutes later, Nigeria got the goal that their effort and enterprise deserved when Flourish Sabastine raced onto a brilliant Mercy Idoko pass, kept her composure and slotted past goalkeeper Marie-Morgane Sieber with some flourish.

The Falconets’ next game is on Sunday against Korea Republic at the Estadio Alajuela Morera Soto. Victory in that game will automatically assure Nigeria of a place in the tournament’s quarter-finals.