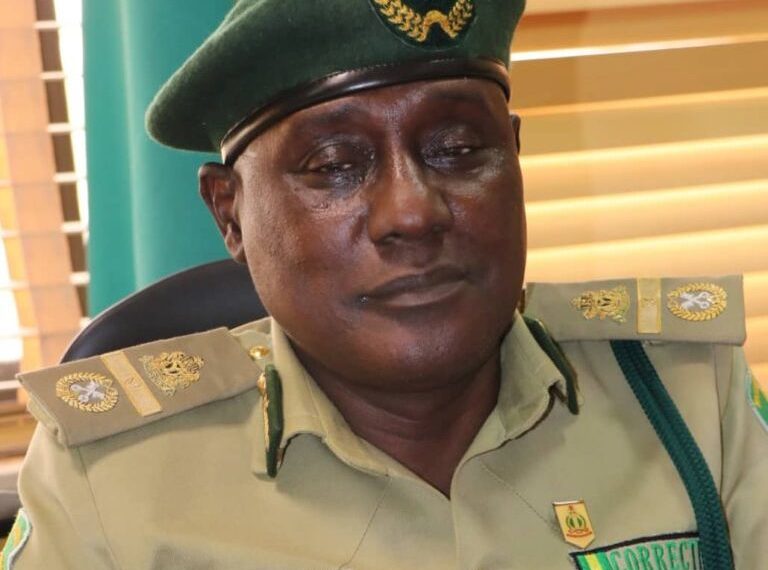 A police chief said some of the prison officials have been consistent in this unprofessional conduct, a practice he said has portrayed the correctional service in a bad light.

Nigeria’s police are poking accusing fingers in the eyes of some personnel of Nigeria’s Correctional Service, saying they are engaged in acts of extortion before receiving suspects for remand, PREMIUM TIMES can report.

In a correspondence sighted by PREMIUM TIMES, Ibrahim Zango, deputy commissioner of police at the Police Special Fraud Unit Ikoyi, Lagos, sent a complaint to the controller of the correctional service to call his staff to “order and avert further dent on the image of this government establishment.”

Mr Zango said some of the prison officials have been consistent in this “unprofessional conduct,” a practice he said has portrayed the correctional service in “a bad light.”

“The impunity with which personnel demand between N10,000 and N20,000 from relatives of suspects on Court remand before they can be received for remand portray the Nigeria Correctional Service in a bad light to members of the public and appears highly irrational,” Mr Zango said in theJuly 18, 2022 letter seen by PREMIUM TIMES.

“This wanton act has been severally reported by Officers of this Unit but I never took it to heart until they exhibited the same in my presence at the Federal High Court, Ikoyi – Lagos, and this was witnessed at Igbosere Court, Saka Tinubu, Lagos, and Ogba Magistrate Court, Lagos.”

“As a measure to abate the above-premised act, I sincerely request that they should be called to order to avert further dent on the image of this government establishment.”

Various corruption indexes have rated the Nigeria Correctional Services, Nigeria Police Force, and the judiciary among the most corrupt institutions in Nigeria.

The spokesperson for the Nigerian Correctional Services, Abubakar Umar, did not comment when contacted by phone.