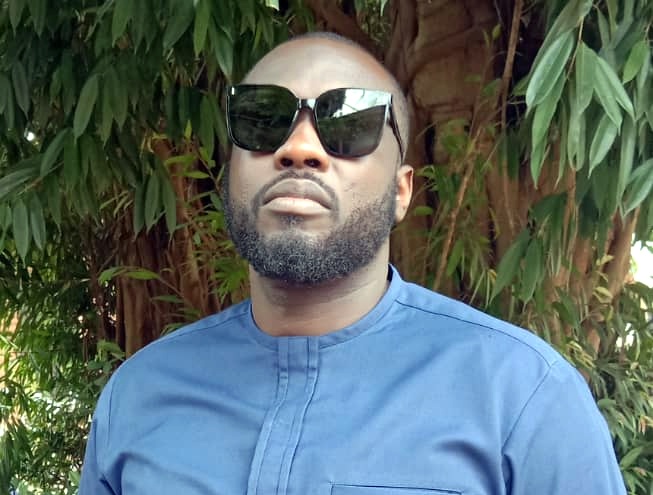 "Even though we were sad that our father is no more, we take solace in the fact that people liked him, people loved him."

In this interview with PREMIUM TIMES, Abayomi Balogun, the first son of the late former Inspector General of Police, Tafa Balogun speaks on his father’s last moments, his contribution to the Nigeria Police Force, and his legacies. Here are the excerpts.

PREMIUM TIMES: Baba left some legacies even in the Nigeria Police Force. How did you feel when you got the news of his passing?

Balogun: Like any son, I was sad. I was actually there at the end and when we took him to the hospital. It is very heartbreaking. I still can’t get over the fact that he is dead but I know that as a believer, as a true Muslim, you have to believe that we will return to our maker someday.

PT: You were with him before his death, definitely he must have discussed some things with you. Can you narrate your last discussion with him?

Balogun: I do not live in Lagos. I came to Lagos to see him actually and he just asked me how I was. It was just the way we talk normally and we decided to go to the hospital and on getting to the hospital, it happened. So, it is just our regular banter, he was actually cracking jokes.

PT: Some reforms in the Nigerian Police Force are credited to your father. Do you believe that your father did great things that made such a crowd come to pay last respect to him?

Balogun: I do not want to sound like I am blowing my late father’s trumpet but I will also implore you as you go around Nigeria, meet any police officer who was in service while he was the Inspector General of Police. Ask them, they will be able to tell you from their own perspective, which will not be biased. Even if I know what people think about my dad, and what policemen think about my dad, saying it will look as if I am bragging.

The mobile training school in Ila is there. He is the first IGP to bring females into the mobile force. Many things he had done. He made sure salaries were paid on time. I have encountered policemen and they tell me that my father promoted them. He did his best. The promotion he promoted officers was not his property, he just did his work diligently.

PT: How do you see the Nigeria Police Force?

There are bound to be bad eggs everywhere but the police actually go through a lot for Nigeria. Being paid these meagre wages you expect them to stay on the highways at 2 a.m. at night while you sleep soundly at home.

PT: We have seen cases where police officers would not do their job diligently. Based on your experience with the police, what can you say about it?

Balogun: Those officers who were in service when my dad was the Inspector General of Police should emulate some of the good things he did and they should just do their best.

Firstly, the fact that these people are serving policemen already shows you the kind of people they are, they are true Nigerians. If you walk around today, if you ask people even those who are graduates whether they can join the police what you will be hearing is ‘God forbid.’

So the people who actually joined the police force, officers, and men of the Nigerian police are true Nigerians. I am telling you for a fact because I know 90 per cent of these civilians who criticise them cannot even do the job. How can you criticise what you cannot do? It is unheard of.

PT: How will you ensure your father’s legacies, particularly in your hometown, are kept alive?

Balogun: I am not going to lie to you, my father’s shoes are extremely large. When we came into the town yesterday, I came across people saying your father is this, your father is that and I asked some of them whether they are saying it because I am in front of them.

I do not know if it was the king or collective decision of people not to sell. Traders did not sell yesterday all because we are bringing my dad’s body back home. Where we prayed for him is the prayer ground called Yidi. They have actually never prayed for any dead body there. The place is meant for only the salah celebration. If you have pictures you can see, it is a mammoth crowd.

Even though we were sad that our father is no more, we take solace in the fact that people liked him, people loved him. We cried yesterday but there were total strangers that cried more than us. We will try our best as a family.

PT: Thank you for taking your time with me, I sympathize with you.

Balogun: I will also like to thank you for taking time despite the current state of Nigeria to travel all the way to our hometown, Ila-Orangun, for this interview.

May God Almighty grant you journey mercy back home. Thank you so much, God bless you