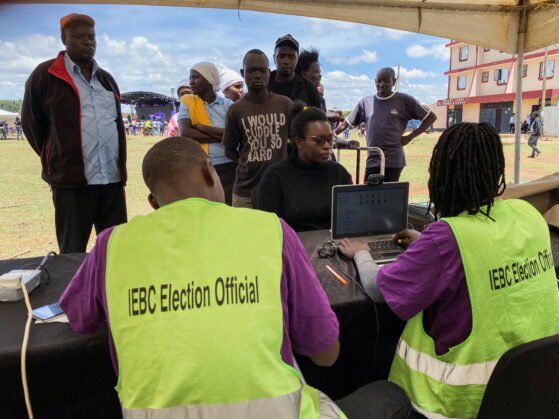 The Kenyan voters will elect the fifth president of the East African country since its independence in 1963.

As Kenyans go to the poll on Tuesday to elect a new president, members of the country’s national parliament, governors, and other officials, here are ten things to know about the election:

There are over 22 million voters according to the country’s electoral commission, the Independent Electoral and Boundaries Commission (IEBC). The commission has at least up till next Monday to announce the winner of the presidential election.

The voters will elect the fifth president of the East African country since its independence in 1963. In chronological order, the three past presidents and the outgoing one are: Jomo Kenyatta, Daniel Moi, Mwai Kibaki and Uhuru Kenyatta

Though a multiparty democracy, the election, according to local analysts and observers, is a two-horse race between Raila Odinga and the incumbent Vice President, William Ruto. The two candidates are veteran political operators who are known to the people.

The outgoing President, Uhuru Kenyatta, is backing Raila Odinga, who is contesting for the fifth time, against his deputy, William Ruto, who broke ranks with Mr Kenyatta to take part in the election.

This is the first time, in recent elections, that the largest ethnic group in the country, the Kikuyu tribe, the tribe of the incumbent president, won’t be having a presidential candidate in the election. The region also commands the highest voting bloc in the country.

Knowing what the strength of the Kikuyu voting bloc is all about, the two major candidates – Odinga and Ruto – respectively picked their vice presidential candidates from the region.

To emerge as president, the winning candidate must win at least 50 per cent of the valid votes cast, plus one more, and at least 25 per cent of the votes in 24 of the country’s 47 counties. And if no candidate passes the bar, a run-off vote between the two top contenders must be held within 30 days.

For the first time in its history, Kenya might be having a female vice president as three of the four vice presidential picks are women.