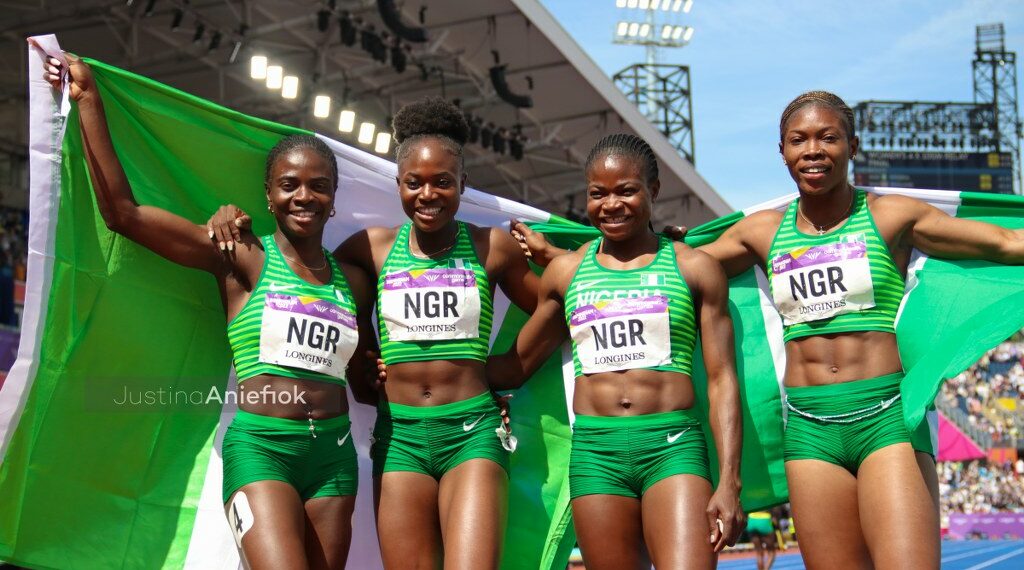 Women won all 12 gold medals for Team Nigeria at the 22nd Commonwealth Games.

Team Nigeria won the most medals in the 22nd edition of the Commonwealth Games, which concluded on August 8 in Birmingham.

The reigning world champion is now the Commonwealth Games champion. The 26-year-old won the 100m hurdles in 12.30 seconds, a games record.

Brume maintained her enviable record of getting a medal in every tournament where she has represented Nigeria. She won gold at the Commonwealth Games with a 7.00m leap.

The quartet of Favour Ofili, Rosemary Chukwuma, Grace Nwokocha, and Amusan won gold in a new African record of 42.30s.

Adekuoroye won gold for the second time in the Commonwealth Games to make up for her Olympic disappointment in 2020.

Lawal, 25, has four gold medals from international tournaments, beginning with the African Games in Rabat in 2019; the 2021 African and Commonwealth Championships; and now gold at her first Commonwealth Games.

Olarinoye, 23, followed up her silver at the World Wrestling Championship in Tashkent, with her first Commonwealth Games gold.

Onyekwere, 28, was disappointed with her 21st-place finish at the World Championships in Oregon, but she more than made up for it with a gold medal in Birmingham, with a throw of 61.70m. Her career-best throw is 63.30m. The Mechanical Engineer is a triplet.

Nwachukwu, 23, won gold at the Commonwealth Games after winning gold at the 2021 Tunis WPA Grand Prix. She also broke her previous world record of 32.95m by setting a new one of 36.56m.