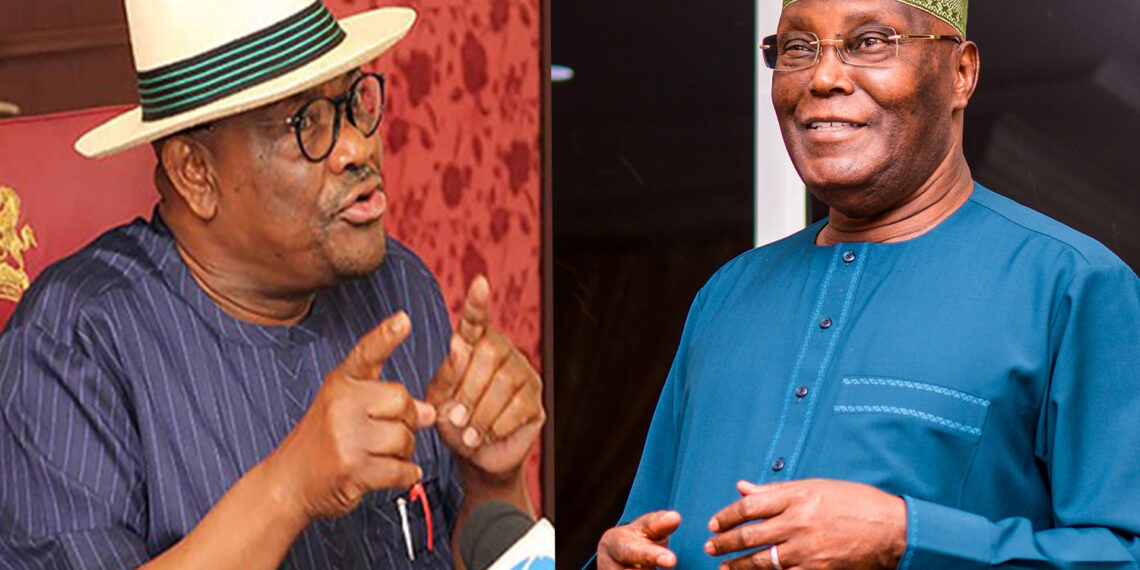 It was the first time the two leaders would be meeting since Atiku overlooked Mr Wike and appointed Delta State Governor, Ifeanyi Okowa, as his running mate.

The presidential candidate of the Peoples Democratic Party (PDP), Atiku Abubakar, and Rivers State Governor, Nyesom Wike, have agreed on a framework for the resolution of the differences between them.

They reached the agreement on Thursday at a meeting in Abuja held at the residence of a former Minister of Information and National Orientation, Jerry Gana.

It was the first time the two leaders would be meeting since Atiku overlooked Mr Wike and appointed Delta State Governor, Ifeanyi Okowa, as his running mate for the February 2023 presidential election.

The appointment infuriated Mr Wike, who had been at the top of three names recommended by a committee that the candidate and the PDP set up for advice on the choice of the running mate.

The issue has led to a crisis in the party, with other stakeholders also complaining that the leadership of the party is lopsided in favour of the North.

At a meeting he hosted last Sunday in Abuja, Mr Wike and his allies demanded the resignation of the national chairman, Iyorchia Ayu, as part of their conditions for reconciliation with Atiku.

But at a meeting on Tuesday, the National Working Committee of the party passed a vote of confidence on Mr Ayu while the Board of Trustees set up a committee to meet with Mr Wike and his allies.

However, on Friday at the meeting facilitated by Mr Gana, the two leaders agreed to set a committee within 48 hours that will draw up a framework for reconciliation of their differences.

Atiku and Mr Wike agreed to nominate seven persons each for the committee, which will look at all the issues raised by Mr Wike’s group and advise the two leaders on how to address them.

PREMIUM TIMES could not confirm if the two leaders have constituted the committee and the membership. Atiku’s spokesperson, Paul Ibe, did not respond to calls to his phone on Sunday morning for his comments on this report.