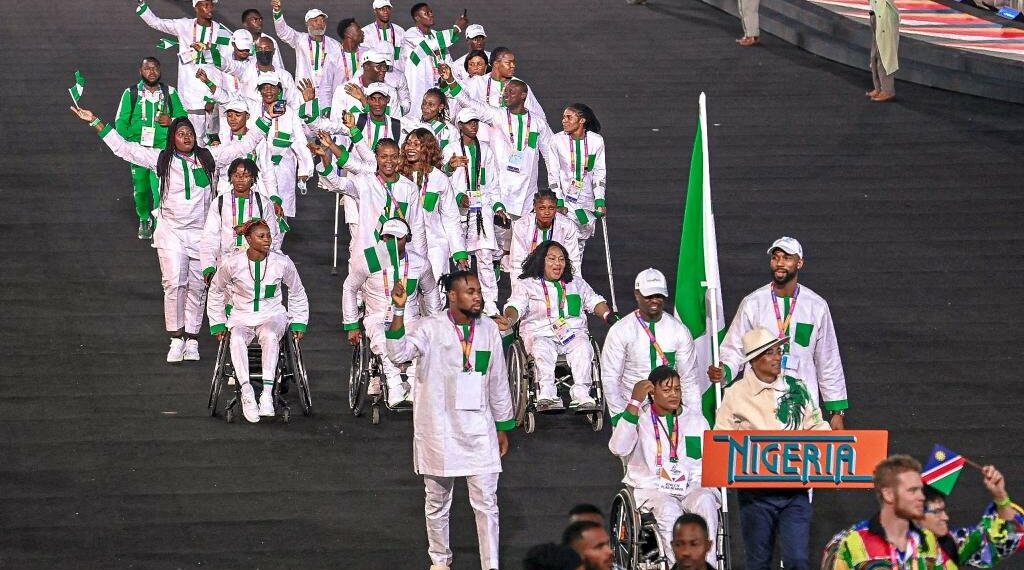 Team Nigeria at the Commonwealth Games

Eucharia Iyayi has set a new Commonwealth record in the F55-57 Shot Put Para event, to clinch Gold for the Country.

Team Nigeria has added two medals to the nation’s collection at the ongoing Commonwealth Games in Birmingham.

Eucharia Iyayi set a new Commonwealth record in the F55-57 Shot Put Para event to clinch gold. Iyayi set the record with a 10.03m throw while her Nigerian counterpart, Ugochi Alam, also won bronze in the category after a 9.30m throw.

In athletics, Team Nigeria has reached the final of the 4x400m in both the male and female categories.

In the male category, Nigeria finished top of the heat with a time of 38.85 seconds while the female team finished their race in 42.57 seconds.

Meanwhile, Odunayo Adekuoroye’s sister, Mercy, would have to compete for silver, after she fell to defeat, to Indian Vinesh Phogat.