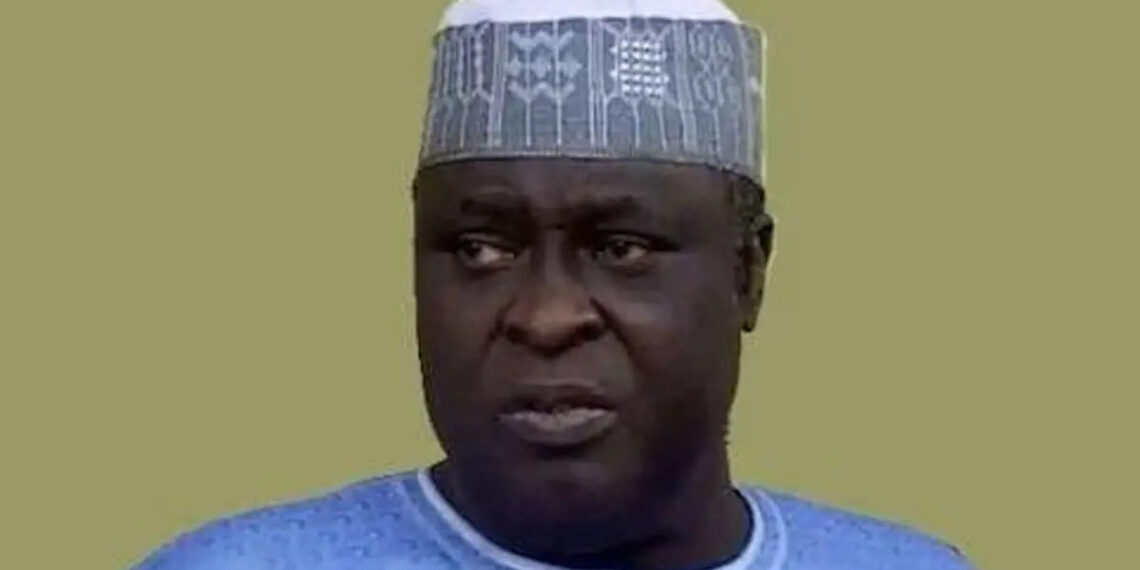 In December 2005, rumours spread that Tafa Balogun, who was serving a six-month prison sentence in Kuje Prison, had died in custody.

One month earlier, Mr Balogun had pleaded guilty to eight charges of stealing and money laundering and was sent to prison, after the judge ordered that he return N4 million to the Nigerian government.

Although Mr Balogun reportedly fell ill in the course of his trial, the rumours turned out to be false.

But on the night of August 4, Mr Balogun succumbed to the cold hands of death at a Lagos hospital after an illness.

President Olusegun Obasanjo appointed Mr Balogun the Inspector General of Police in 2002 but allegations of corruption dogged his tenure, leading to his removal in 2004.

He attended the University of Lagos, graduating in 1972 with a B.A. in Political Science, and then joined the Nigeria Police Force in May 1973. He was a member of cadet Assistant Superintendent of Police (ASP) Course 3.

While a police officer, he gained a Law degree from the University of Ibadan. After working in various positions around the country, he became the Principal Staff Officer to former Inspector-General of Police, Muhammadu Gambo.

His time as police boss

He was responsible for overall police security during the April 2003 national elections, which were marred by reports of police abuses.

During the period, about 172 police officers were killed in operations, while 151 were injured.

More than 170,000 police officers were promoted between 2002 and 2004, the highest number since the establishment of the Nigeria Police Force.

He also ensured that over 147,347 officers went on various courses locally while he was at the helm of police affairs.

On 4th April 2005, Mr Balogun was arraigned at the Federal High Court, Abuja, for the stealing and laundering of over $100 million from the Police treasury in his three years as Inspector General of Police.

His trial was full of drama. On one trial day in June 2005, Mr Balogun, barefooted, collapsed in his seat. He was carried out of the courtroom and taken away in a Sports Utility Vehicle.

The former police boss also tasted a dose of police brutality from his erstwhile subordinates.

Tunji Abayomi, his lawyer, told the court that his client “was kicked at, pushed about, ruffled and then forced into the car” by EFCC operatives.

Mr Balogun, himself, told the judge he was being persecuted and not prosecuted.

“I have a broken leg because of the forceful manner in which they took me away, contrary to your order,” he said.

“I must have also sustained a lot of internal bleeding, internal injury because I was thrown off from the vehicle. I don’t deserve this type of maltreatment if the situation was normal.”

Mr Balogun eventually pleaded guilty to the charges and was sentenced in November 2005.

He was released on February 9, 2006, after serving his sentence; he spent part of it at the National Hospital in Abuja.

He became the first Inspector General of Police in Nigeria to serve a prison term.

Political analysts at the time believed the president could have intervened in Mr Balogun’s case and facilitated a soft landing for him.

Kehinde Akinyemi, Mr Obasanjo’s Press Secretary, however, told PREMIUM TIMES that his principal had no interest in the case.

“He (Obasanjo) does not have any involvement in the case,” Mr Akinyemi told PREMIUM TIMES on Friday.

“They tried him (Balogun) and they found him guilty and he was convicted. Obasanjo’s involvement was just to ensure that it is true and that the accused should go and serve the jail term.”

President Muhammadu Buhari in a statement by the president’s spokesperson, Femi Adesina, condoled the family, friends and associates of the former IGP.

“He also mourns with the Nigeria Police Force, an institution Balogun spent the better part of his life serving,” Mr Adesina wrote.

“The President recalls that Tafa Balogun, during his tenure as IGP, did his utmost to ensure that the police performed its statutory responsibilities under a democratic dispensation; and his penchant for boosting the morale of officers and men in the Force has been acknowledged by those who served under him.

“President Buhari’s thoughts are with the family, the government and people of Osun State, as well as colleagues and former colleagues of the deceased police chief.

“He prays for the peaceful repose of the soul of the departed.”

Governor Gboyega Oyetola of Osun State also expressed saddens over the demise of the former Inspector General of Police.

Ismail Omipidan, Chief Press Secretary to the Governor, in a statement on Friday said the former police boss contributed immensely to the security of the country.

“The late retired police officer contributed in no small measure to the nation’s security during his years of meritorious service in the Force including when he served as the IGP between 2002 and 2005.

“”On behalf of the government and the good people of Osun, I join family members, friends, the Nigerian Police Force and the people of Ila-Orangun to mourn the death of retired Inspector General of Police, Tafa Balogun.

“I pray Almighty Allah overlook his shortcomings, admit him into Aljanah and grant his family and loved ones the strength to bear his demise.”

Friday Sermon: Let’s all repent from sin and turn to Allah!, By Murtadha Gusau