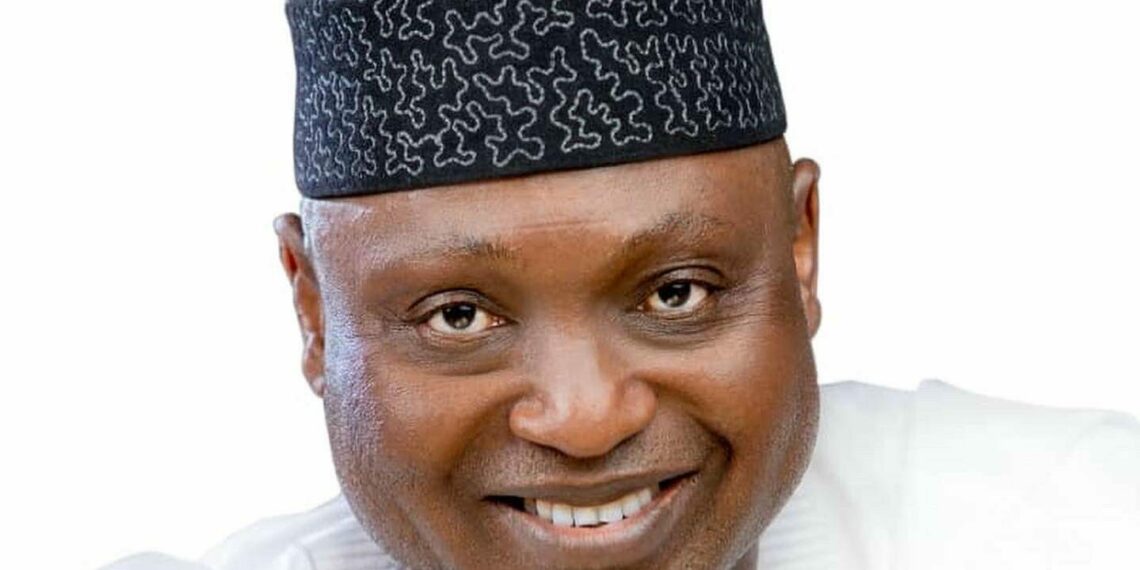 The judge said the plaintiff was free to appeal the judgment.

A Federal High Court in Ado Ekiti has thrown out a suit filed by a governorship aspirant in the 27 January All Progressives Congress (APC) governorship primary, Kayode Ojo, challenging the nomination of the Governor-elect, Biodun Oyebanji.

The court upheld the preliminary objection of the counsel to Mr Oyebanji, Kabir Akingbolu, that the writ of summons and statement of claims of Mr Ojo were defective.

The court, in its judgement on Thursday delivered by Babs Kuewumi, threw out Mr Ojo’s case and agreed with Mr Oyebanji’s counsel that the discrepancies in the originating processes had rendered the case academic.

The judge, Mr Kuewumi, held that the names of the counsel on the plaintiff’s originating summons and statement and the Nigerian Bar Association (NBA) stamp ran contrary, which is against the law, rendering the suit defective and incompetent.

While the name on the NBA stamp of one of the lawyers of Mr Ojo read “Moroof Bolanle,” the one that appeared on the list of lawyers submitted for the case read “Olayinka Bolanle.”

According to the judge, further scrutiny of the plaintiff’s writ of summons and statement of claim revealed two different signatures which rendered the suit invalid.

“The signatures on the writ of summons and the statement of claim are not the same,” the judge said.

“There is no jurisdiction, there is no case. I will make copies of my judgement available to counsels tomorrow.

“Having ruled on the issue of the objection, there is no further judgement to deliver. The plaintiff is free to approach the higher court for appeal.”

Earlier, the judge expressed appreciation to all counsels for their industry and cooperation, as the matter was expeditiously heard and determined.

Counsel to Mr Ojo, Taiwo Ogunmoroti, had earlier urged the court to make the judgement available to him for perusal and any possible action.

But counsel to Mr Oyebanji, Mr Akingbolu, in a chat with reporters after the judgement was delivered, expressed satisfaction with the verdict, which he said was in line with the law and the rules of the court.

“Before a process is filed in court, a known lawyer must sign it, but many lawyers subscribed to this originating process but there was only one signature,” Mr Akingbolu said.

“The law is that you must tick the name of the person who signed it and this was not done in this case.

“Again, the NBA seal, which is the authority of office for a lawyer to signal document was affixed but the name on the seal was different from the one on all the process.

“What the court is saying is that whatever you put on it cannot stand. You cannot build a castle in the air, it is not just possible.”

There was a massive security build-up around the court as operatives of the State Security Services (SSS) and the Nigeria Police checked vehicles and individuals entering the premises.

The judgement was consequent upon the adoption of written addresses by parties in the suit last Friday in which their counsels urged the court to uphold their statement of claims and grant them the reliefs they were seeking.

The APC, which organised the primary election using the Modified Open Ballot System (MOBS) otherwise known as Direct Primary is the 1st Defendant while Mr Oyebanji, who went ahead to win the 18 June governorship poll, is the 2nd Defendant in the suit.

The 4th-19th defendants served as Chairmen of the Electoral Committees/Returning Officers in the 16 Local Government Areas during the Ekiti APC Governorship Primary held across the state.

Mr Ojo had gone to court to claim victory at the primary and urged the court to declare him the winner.

He had alleged “gross irregularities” faulting the use of individuals he described as political appointees as electoral committee/returning officers.

Had the court agreed with him and pronounced him the winner, he would then become the rightful winner of the 18 June governorship election and Ekiti State governor-elect.

Reacting to the judgment, Mr Oyebanji lauded the judiciary for living up to its reputation as the “last hope of the common man.”

In a statement to journalists shortly after the ruling, Mr Oyebanji said he was happy the court upheld the decision of over 100,000 APC members that voted for him as the party’s candidate during the primaries.

He urged his supporters to be magnanimous in victory, adding that the case is a family affair, which should not warrant any name calling or bad blood among members of the party.

He also called on Mr Ojo and a few others who might have issues with the outcome of the 27 January primaries of the party to sheath their swords and work with the incoming administration in the onerous task of developing the state.

“I congratulate the judiciary for living up to expectation as the last hope of the common man. I also appreciate my brother, Engr Kayode Ojo for approaching the court for the determination of the matter, instead of resorting to self-help.

“Now that the Court has ruled and affirmed my candidacy, I urge my brother, Engr Ojo and all others who might have issues with the outcome of the January 27 primaries of our party to join hands with us in the task of building a more prosperous Ekiti State,” he added.