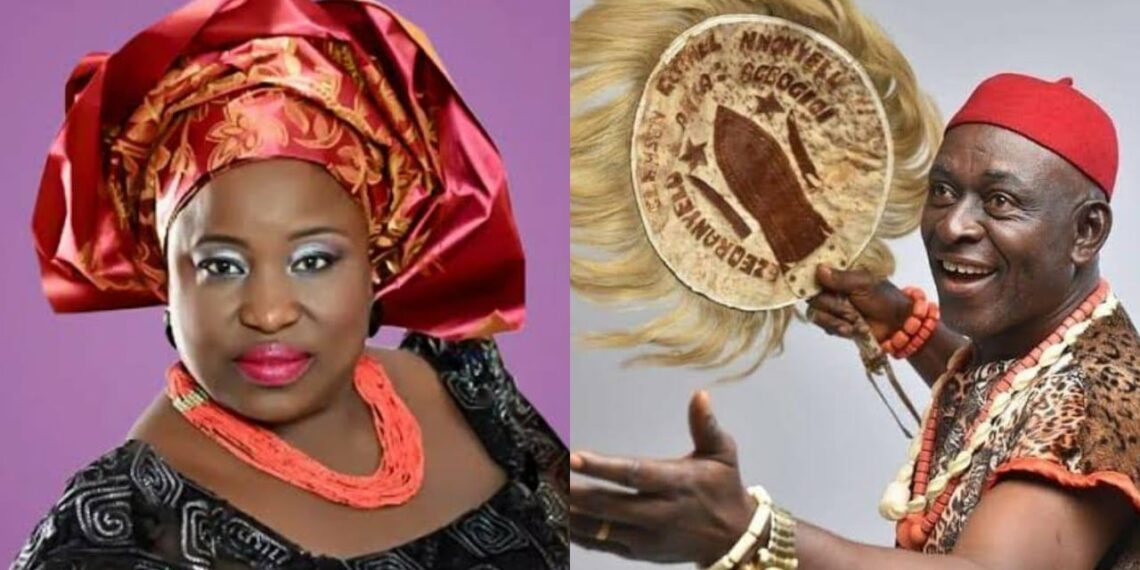 “They started mocking us and saying, ‘all those your celebrities posting on Instagram, why haven’t they contributed?'’'.

Kidnappers of two Nollywood actors abducted last week have mocked the Actors Guild of Nigeria (AGN) for raising a paltry N1.2 million as a ransom for their release.

The actors, Cynthia Okereke and Clemson Cornel, aka Agbogidi, were reported missing on Thursday.

This was after their family members confirmed they didn’t return home from a film location at Ozalla Town, Enugu State.

By Saturday, their abductors contacted their families, demanding $100,000 as ransom.

In a video clip on social media, the AGN president Emeka Rollas briefed his colleagues about the present situation.

He said that though both actors are still being held captive, “the Guild believes God to do His miracles and wonders at this point”.

He said: “While talking to the abductors, we were trying to explain to them that we were putting some funds together, we were contributing. We said that we have about N1.2 million. And they started laughing at us.

“They started mocking us and saying, ‘all those your celebrities posting on Instagram, why haven’t they contributed?’

“Immediately, it got to me that these people are watching us. It is not the best time to circulate this information on Instagram.”

Mr Rollas said the bank account of the Enugu chapter of AGN had been dedicated for actors to contribute and raise the ransom.

“I urge all of us to see that we make this contribution because we do not know we will be in this kind of situation again. But we pray to God that none of us will have this kind of experience again,” he added.

Similarly, the guild’s Director of Communications, Monalisa Chinda-Coker, has called on Nigerians to intensify their search for the actors by reposting valuable information.

On her Instagram page, the actress noted that the demand being made by the kidnappers is outrageous, given that actors don’t earn much in Nigeria.

“I don’t understand how people would think that actors have money. With the paltry sum we receive as fees? The struggle through life vicissitudes, health issues etc. we face every now and then. $100k from where?” she asked.

The petition challenged the Federal Government of Nigeria not just to secure the release of the abducted actors but put an end to insecurity across the nation.

“I started this petition on Change.org calling on the Federal Government to put an end to insecurity across Nigeria,” Ms Henshaw wrote.

She said that remaining docile is equivalent to calling the bluff of the kidnappers.

“I am therefore calling on the government of the Federal Republic of Nigeria to act immediately in securing the safe release of Cynthia Okereke, Clemson Cornel, and other Nigerians who have fallen into the hands of these wicked beings,” she added.

Meanwhile, Mr Rollas announced that the Guild will work closely with the victims’ families and the security forces to ensure their safe release.

Efforts to reach Mr Rollas and the Police Public Relations Officer of the Enugu State Police Command, Daniel Ndukwe, was unsuccessful as they did not respond to calls from PREMIUM TIMES.