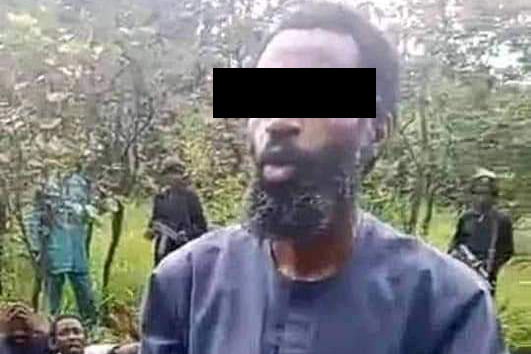 One of the released captives

The terrorists are still holding 39 hostages

The gunmen, who attacked a Kaduna-bound train in March, and abducted several passengers, have released four more hostages.

The release of the hostages comes a day after the terrorists released a video of them hitting some of the male hostages with a cudgel.

In the video, the distressed hostages were heard calling on the Nigerian government to come to their rescue.

Mr Mamu, who is also a media consultant to Kaduna-based cleric, Ahmad Gumi, said the release of the captives follows the intervention of their family members.

He identified the released passengers as Oluwa Toyin-Ojo; Hassan Lawan; and Ayodeji Oyewumi.

He said one other victim, Gladys Brumen, was released last week.

Mr Mamu said does not know if the relatives of the hostages paid a ransom before they were released.

He said with the release of the four, 39 of the victims are still being held in the forest.

The son of a former military governor of Kano state, Idris Garba, his wife and children and many others are reportedly among those still being held.

Nine passengers were killed during the attack.