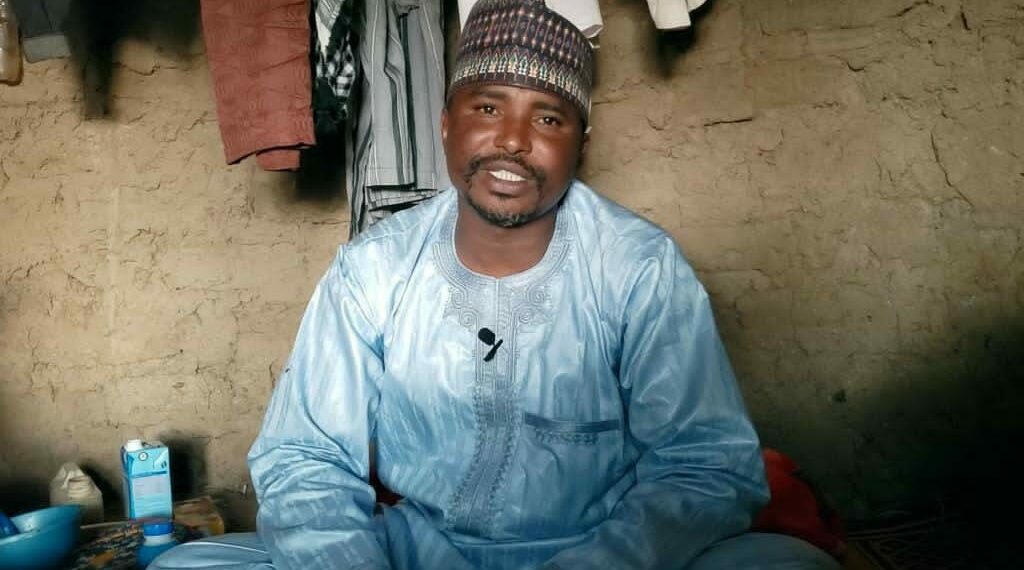 Widespread public outcry greeted the coronation of the wanted terrorist as a head of the Fulani in Yandoton Daji emirate.

Notorious banditry kingpin, Ada Aleru, who was recently named the Sarkin Fulani Yandoton Daji Emirate (the head of the Fulani in Yandoton Daji) in a chilling confession, said he does not kidnap people but kills them.

The coronation of Mr Aleru, who is the leading terrorist in Tsafe and Faskari axis of Zamfara and Katsina states, generated public outcry across the country.

The state government, subsequently, suspended the Emir of the town, Aliyu Marafa, who conferred the title on Mr Aleru, who is wanted in neighbouring Katsina State for mass killings.

The Katsina government placed a bounty of N5 million on information leading to the arrest of Mr Aleru, who is accused of killing 52 people in Kadisau, a community in Faskari Local Government in 2019.

In his first and only known interview with the media, Mr Aleru told the BBC that he is angry with Hausas and the Nigerian government.

In a documentary titled “The Bandit Warlords of Zamfara” billed to be aired 25 July 2022, Mr Aleru said while his men kidnap people, he is only interested in killing people.

An unnamed associate of Mr Aleru told the BBC Africa Eye team that “the Fulani are systematically excluded from government jobs and other economic opportunities, and that the Nigerian air force attacks innocent Fulani herders and kills their cattle. “How have the Fulani become so worthless in Nigeria?” he asks.”

He lamented that the grazing routes the Fulani relied on upon have been closed off while land and water have become very scarce.

While the state government insisted that no ransom was paid, the unnamed bandit said they were paid N60 million before they released the pupils.

When asked what they did with the money, he said, “We bought more rifles.”

Distressing scenes, including that of a boy dying from a gunshot wound, were also released in the documentary.

“I remember how he raised his head to look at me while he was in that condition,” the boy’s father told the BBC. “It pains me how much my boy suffered…I am devastated.”

The BBC said it gathered that the teenage boy, whose sister was among the abducted Jangebe school girls, was killed by security forces.

Part of the findings by the documentary team was the growing bitterness against the Fulani community by the Hausa community, which was evident in the encounter between the team and residents of Kurfar Danya.

“If allowed, we will kill every Fulani man, even in the town,” says one of the vigilantes, “because they killed our mothers, our fathers, our children, and dumped their bodies here.” A resident declared in protest the killing of over 200 people by the terrorists.

Residents took the reporter to sites of mass graves. The documentary further confirms that the violence in the region is largely aggravated by vengeance, rather than protection. The vigilante groups are largely residents of Hausa communities.

“Many Nigerians are, quite rightly, disturbed by the idea that the violence contains elements of an ethnic conflict. But that is the inescapable conclusion from listening to the voices in this film,” the BBC said in a statement announcing the release of the documentary.

“It’s obvious it is tribal,” says Hassan Dantawaye, a terrorist who was among the first Fulani men to bring guns into Zamfara and take up arms at the head of a terror gang. “If not, how can someone pass settlements but burn down only the Fulani ones? Why would a Fulani kill an innocent Hausa? Clearly, it’s a tribal conflict.”

The BBC Africa Eye said the documentary seeks to offer its contribution towards the unravelling of the conflict.

“The Bandit Warlords of Zamfara offers no simple explanation for the crisis that is destroying lives across northwestern Nigeria. But it does reveal, with painful clarity, the human cost of violence. There are mothers here who have seen their children slaughtered in front of their eyes, families who have been displaced from their homes, and schoolchildren who are still traumatized by the nightmare of abduction and captivity.

“If Nigeria is ever to solve this crisis, the first step is to understand it. With this film, Yusuf Anka and BBC Africa Eye have made an important contribution towards that understanding.”