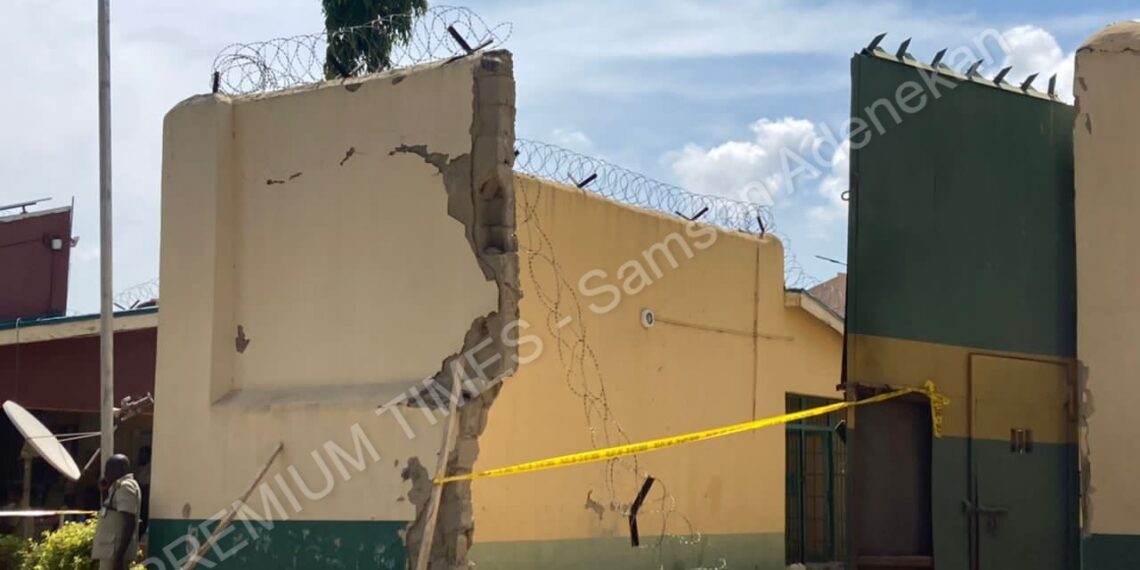 Profiles of ‘VIP’ inmates in Kuje prison before attack

Built in 1989, the Kuje Custodial Centre, Abuja which houses different categories of prisoners, from murderers to corrupt politicians, was attacked by terrorists on July 5.

Nigeria’s custodial centres are again under the public radar following the latest prison break at the country’s seat of power, Abuja.

Despite early warnings, the Kuje prison was attacked on Tuesday by suspected terrorists, paving way for the escape of over 800 prisoners. About half of the escapees are still at large including over 60 Boko Haram terrorists.

The attack on the Kuje facility is the latest in a series of attacks on prisons in Nigeria.

Between April 5, 2021, and June 5, 2022, there were at least nine reports of attacks on prisons in different parts of Nigeria.

Before the Kuje incident, there were attacks on the Owerri prison, Bauchi prison, Ubiaja prison in Edo State, Kurmawa Prison in Kano, Jos and Plateau prisons, Kabba prison in Kogi, and Abolongo prison in Oyo State.

Since its establishment in 1989, the Kuje prison has housed different categories of prisoners, from murderers to corrupt politicians.

A day after the attack on Kuje prison, the spokesperson of the Nigeria Correctional Service said none of the prominent detainees in the facility escaped.

“This is also to confirm to the general public that DCP Abba Kyari and other VIPs held in the facility did not escape. They are presently in custody, hale and hearty,” he said.

However, there are indications that some of the prominent detainees did indeed escape.

PREMIUM TIMES profiles below some of the prominent detainees at the Kuje prison during the attack.

Popularly known as Wadume, Hamisu Bala was a Taraba-based kidnap kingpin who was notorious in the North-east and North-central parts of Nigeria.

After his arrest on August 6, 2019, Mr Bala, allegedly assisted by compromised soldiers, escaped when they opened fire on police officers transporting the kidnap kingpin.

Three police officers and two civilians were killed during the incident.

He was, however, re-arrested on August 19, 2019, in an operation led by police officer, Abba Kyari, who later became his fellow inmate in Kuje prison.

Mr Bala was detained in Kuje prison where he is awaiting trial for crimes bordering on terrorism, murder, kidnapping and possession of illegal arms.

He is believed to be among the over 400 inmates who are still at large.

A decorated police officer, Mr Kyari slipped into infamy in early 2022 when he was arrested for aiding and abetting drug pushing.

His celebrity status was first brought under public scrutiny in July 2021 when the U.S. Federal Bureau of Investigation linked him to $1.1 million internet fraud perpetrated by a popular Instagram celebrity, Ramon Abbas, also known as Hushpuppi.

While Nigerian authorities said they were investigating the U.S. indictment, Mr Kyari was declared wanted in February by the NDLEA for his alleged involvement in drug trafficking.

The trial of the ex-deputy commissioner of police, kept in Kuje prison, has subsequently been fixed for July 18, 19 and 20.

Notorious for the 2011 Christmas Day bombing in Madalla, Niger State, many were relieved when police announced the eventual arrest of Kabiru Dikko, largely known as Kabiru Sokoto.

He masterminded the attack on the St Theresa Roman Catholic Church, which killed at least 37 persons and injured many others.

Mr Dikko, a member of Boko Haram, was arrested in early 2012 and was sentenced to life imprisonment in December 2013.

Believed to be among the Kuje inmates, his name was, however, not among the 68 Boko Haram suspects declared wanted by Nigerian Correctional Service (NCS).

Peter Nwachukwu was given a criminal status following the death of a popular gospel artiste, Osinachi Nwachukwu.

The gospel artiste was initially reported to have died a normal death on April 8 until her younger brother filed a complaint of possible homicide against Mr Nwachukwu, the husband of late singer.

Justice N.K. Nwosu-Iheme of the FCT High Court, in June, ordered that Mr Nwachukwu be remanded at the Kuje prison pending the hearing of the matter.

He did not escape during the attack on the prison.

Once a vocal voice on the floor of Nigeria House of Representatives, Farouk Lawan ended up committing a crime in a matter he was appointed to investigate.

As the chairman of the ad-hoc committee investigating the fraud around the fuel subsidy regime, Mr Lawan was caught on camera collecting a $500,000 bribe from Femi Otedola, a Nigerian billionaire and oil mogul in 2012.

The money was a payment to erase the name of Mr Otedola’s oil company, Zenon Oil and Gas, from the list of firms indicted for fraud during the fuel subsidy regime.

He was sentenced to seven years’ imprisonment by the Federal Capital Territory (FCT) High Court in Abuja, last month and he was to be held in Kuje prison.

He also did not escape during the attack on the prison.

Rather than cleaning the rot in the country’s pension system, Abdulrasheed Maina did more damage to the same system.

Mr Maina was appointed in 2010 as the Chairman of the Pension Reform Task Force but got dismissed from the seat following an allegation of embezzlement of funds.

He was alleged to have embezzled billions of pensioners’ funds before going into hiding to escape the wrath of the law.

Mr Maina did not escape from prison during the attack.