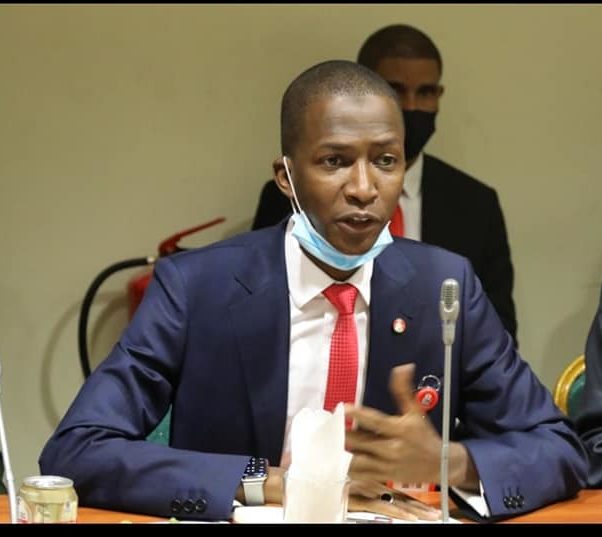 EFCC chair, Mr Bawa, testified as the fifth prosecution witness on how Nadabo Energy Limited allegedly defrauded the federal government of 8 million litres of petrol under the fuel subsidy regime.

The chairman of the Economic and Financial Crimes Commission (EFCC), Abdulrasheed Bawa, has told the Lagos State High Court in Ikeja, how Abubakar Peters and his company, Nadabo Energy Limited, allegedly defrauded the federal government of 8 million litres of petrol under the fuel subsidy regime.

According to a statement by the EFCC’s spokesperson, Wilson Uwujaren, Mr Bawa, testified as the fifth prosecution witness in the ongoing trial of Mr Peters and his firm on Monday.

Mr Bawa said records from banks, Staco Insurance Plc, and Q & Q Control Services Limited, among others, obtained during investigation showed that the defendants supplied about 6,000 MT, estimated to be about 7,953,962 litres of Premium Motor Spirit (PMS) also known as petrol but claimed to have supplied the 12,000 MT which is roughly 16,808,064 litres.

Earlier testifying, Tunji Nasiru, an official of Staco Insurance Plc and third prosecution witness, said he knew Nadabo Energy Limited through his work at the company. Mr Nasiru, led in evidence by the prosecuting lawyer, S.K. Atteh, denied the authenticity of some documents with which the defendants had claimed fuel subsidy proceeds.

“We went through our records and we responded to the letter, vide ours dated 6th September, stating that we had no such certificate in our records.”

He testified that indeed, Staco Insurance Plc had done some transactions for Nadabo Energy Limited in the past, but said, “this particular one, was not in our record”.

He identified some of the exhibits tendered in the case to include EFCC’s August 20, 2013 letter to Staco Insurance Plc and insurance certificate number 40016.

He also said the third document, “an Insurance Marine certificate number 40017 is not in our records.”

“The fourth document is our reply to the third document, which was the EFCC letter.

“The fifth document, I can recognise this very well, this is what we have in our record as Marine Insurance certificate 40017,” he added.

He further identified the certificates attached by the EFCC, which the company was asked to authenticate.

He said, “our response was that we do not have these certificates in our record.

“In other words, the certificates were not issued by us.”

Under cross-examination by the defence counsel, E.O. Isiramen, the witness confirmed that he had never met Abubakar Peters, the second defendant, but only had dealings with the company, Nadabo Energy Limited, the first defendant.

“Moreover, the Marine Insurance certificate number 40016 is not in our record,” he said.

“We covered the operation between the transfer between the mother vessel and the daughter vessel,” he said.

He testified further that the EFCC had requested the company to authenticate some documents relating to the transaction.

He further identified the documents certified by the company to be true copies, and those which he said did not emanate from Q & Q Control Services Limited, yet had a stamp and signature which did not belong to the company.

“They claimed to have discharged 16,808,054 litres as quantity discharged at Masters Energy by Songa, but based on the figures that we have at the STS point, the figure is higher than what is stated in our documents.”

The trial judge, C. A Balogun adjourned the case until July 6 and 7 for the continuation of the trial.

Mr Abubakar and his company are being prosecuted by the EFCC on charges of falsely obtaining money under the fuel subsidy regime.

He pleaded “not guilty” to the charges when he was arraigned on October 7, 2015, thereby prompting the commencement of his trial.