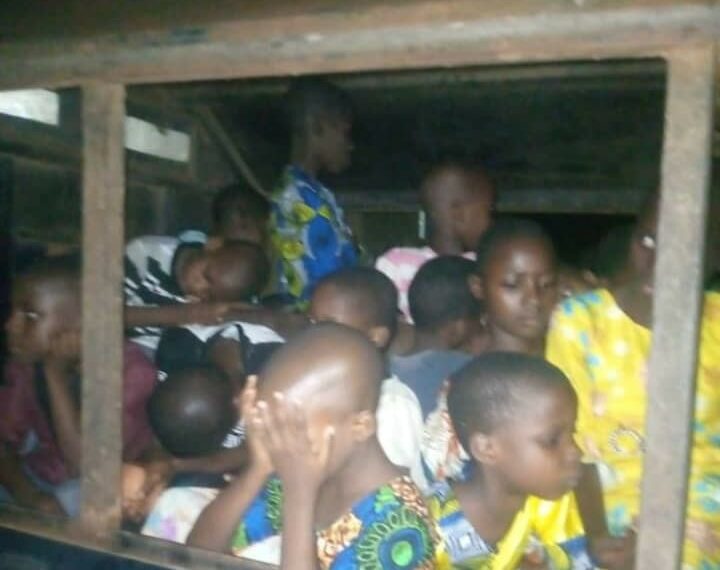 The children while being transported in a police van

The children were allegedly kidnapped and kept in the underground apartment of the church for trafficking.

The police in Ondo on Friday confirmed the rescue of 50 children locked in a church cell in Ondo town.

They were reportedly found in an underground apartment of a church in the Valentino area of the town.

The children were allegedly kidnapped and kept in the underground apartment of the church for trafficking.

The police have arrested the pastor of the church, whose name is yet to be released, while the children have been taken into custody.

The police also arrested some members of the church.

Funmilayo Odunlami, the police spokesperson in the state, told PREMIUM TIMES, preliminary investigations were ongoing and details would be made available shortly.

She said further work was ongoing to establish the details of the crime.

Mrs Odunlami noted that the victims had been taken to the State CID in Akure headquarters of the command.

“The command is aware of a case of suspected abduction in Valentino area of Ondo Town,” she said.

“We urge the good people of Ondo State to be calm as the State Criminal Investigation Department has taken over the case.”