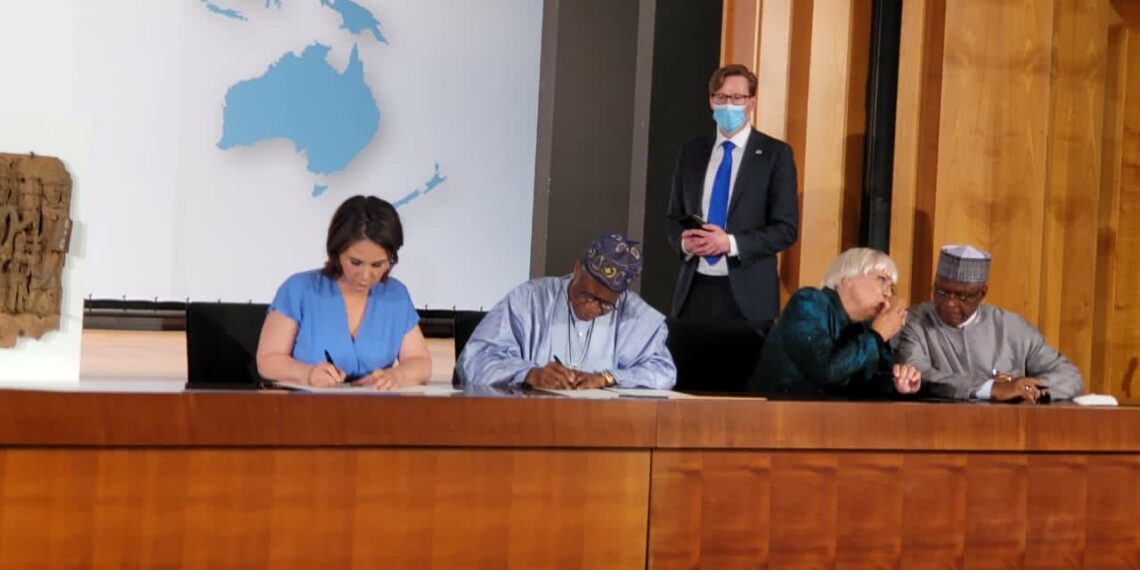 Nigeria's minister of information and communication, Lai Mohammed, described the planned return as the ''single largest repatriation of artefacts anywhere in the world."

The Nigerian government on Friday in Berlin signed a declaration that will see the return of 1,130 Benin Bronzes from Germany.

According to a press release by the Nigerian Ministry of Information and Culture, the historic joint declaration will pave the way for the return of bronzes 125 years after they were looted from the ancient Benin Kingdom during the Benin Expedition of 1897.

Speaking at the signing event, Nigeria’s minister of information and communication, Lai Mohammed, described the planned return as the ”single largest repatriation of artefacts anywhere in the world.”

According to Mr Mohammed, Germany has taken the lead in correcting the wrongs of the past by agreeing to return the looted artefacts.

He said though Nigeria was never a German colony, many of the artefacts seen in German public institutions got there via trade and donations.

“I have no doubt in my mind that this pace-setting action by the Federal Government of Germany will become a harbinger of more repatriation of cultural property to their place of origin, as other museums and institutions are expected to take a cue from what Germany has done,” he said.

”Germany has gained more friends in Nigeria and all over the world by returning to Nigeria what rightfully belongs to it,” he added.

Also, the Minister of Foreign Affairs of Germany, Annalens Baerbock, said, ”It was wrong to take the (Benin) bronzes. It was wrong to keep them for (125 years). This is the beginning to right the wrong.”

Nigeria’s Minister of State for Foreign Affairs, Zubairu Dada, who also witnessed the signing, called Germany the ‘champion of justice and fairness.’

Commonwealth: When the address is longer than the letter, By Owei Lakemfa