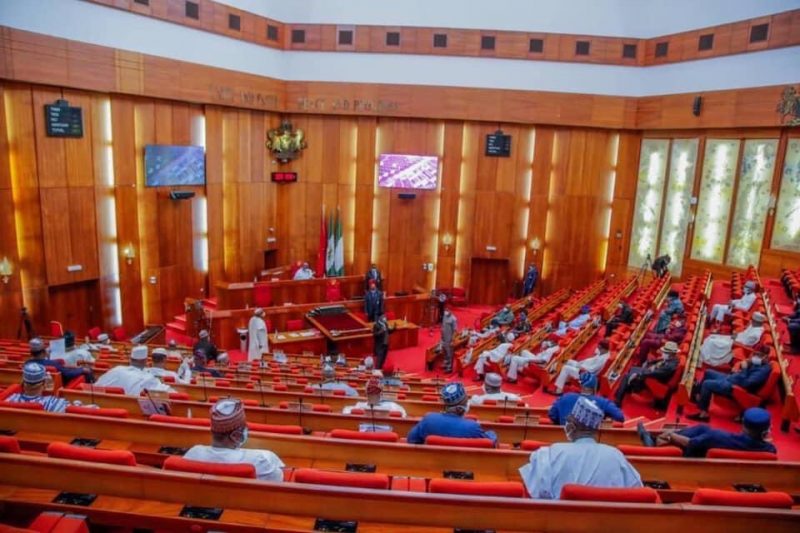 Senate President says the amendment will be done to serve as a safeguard against weaknesses identified in the law.

Senate President, Ahmad Lawan, says the National Assembly will further amend the Electoral Act 2022 to serve as a safeguard against weaknesses identified in the law.

Mr Abdullahi, (PDP, Kebbi) had suggested that the Senate “reverts to its earlier stand on direct primaries.”

The lawmaker also asked lawmakers of both the Senate and House of Representatives to look out for the loopholes and weaknesses in the 2022 Electoral Act and subsequent legislation.

Mr Abdullahi was reacting to the Supreme Court’s decision to strike out a suit filed by President Muhammad Buhari and the Attorney-General of the Federation, Abubakar Malami.

The duo had challenged the controversial section 84(12) of the Electoral Act which provides that “No political appointee at any level shall be a voting delegate or be voted for at the convention or congress of any political party for the purpose of the nomination of candidates for any election.”

But the seven-justice bench of the Supreme Court, led by Musa Dattijo-Muhammad, unanimously struck out the suit last week.

The justices described it as an abuse of the court process.

Aokmaye Agim, who delivered the lead judgement, held that Mr Buhari, having earlier assented to section 84 (12) of the Electoral Act 2022, cannot turn around to approach the court to strike it down.

The Electoral Act was passed by the National Assembly earlier this year and was signed into law by the President in February.

After signing the law, Mr Buhari wrote to the Senate requesting deletion of the Section on the grounds that it was unconstitutional and was made in excess of the powers of the National Assembly – a request the Supreme Court judge described as a constitutional violation.

The National Assembly rejected the request.

Coming under Order 41, Mr Abdullahi commended the National Assembly for resisting the pressure from the executive to amend section 84(12).

He described the Supreme Court verdict as a victory toward true democratic governance anchored on the rule of law.

The verdict, he said, restored and anchored the power of making laws to the National Assembly and established a principle that once the president assents to a Bill he/she cannot approbate and reprobate. (i.e, he/she cannot go to the court to amend/reject the Bill in part or whole.

He also stressed the need to amend the Electoral Act to revert to the direct mode of primaries.

“One issue still remains outstanding, and that is amending the Act (after the 2023 elections) to revert to our earlier stance on Direct primaries.

“Our recent nasty experience of the misuse of consensus and delegate system has vindicated our earlier position on the merit of direct primaries provided that a verifiable membership register of political parties kept simultaneously at the Ward level and with INEC with all the necessary safeguards against corruption and data manipulation, is put in place,” he said.

The lawmaker also added that the parliament needs to be “observant of the loopholes and weaknesses of the 2022 Electoral Act, so that a comprehensive assessment is undertaken to provide adequate grounds for making amendments to the Act before the end of the term of office of the 9th Assembly in May 2023.”

In his response, the Senate President, Ahmad Lawan, said the decision on the mode of primary is entirely left to political parties.

He also said the legislature will amend the Electoral Act to serve as a safeguard against weaknesses identified in the law.

“Let me say that this is one major landmark judgment by the Supreme Court, that the National Assembly had done their job and the court upheld it.

“The idea of what method of primaries should be adopted at the moment is entirely left for the political parties to decide.

“But as we implement the electoral act 2022, we are supposed to be very observant of the strengths and weaknesses of the law.

“This law is supposed to improve the electoral processes and procedures in our country.

“So, it is for us to ensure that where there are weaknesses, we try to come up with measures, and amendments to deal with the issues of weaknesses in the law.

“And, I’m sure it will come full circle when the 2023 elections are held.

“I have no doubt in my mind that all of us in the National Assembly, not only in the Senate but in the House as well, feel that we must do everything and everything possible to make this electoral act serve the purpose for which it was passed and assented to.

“Therefore, I believe that we should work tirelessly to take note of those areas that we feel are not strong enough – that are weak points in the law – with a view to strengthening them before we finally take our exit in 2023.”

While the lawmakers are keen on amending the Act, it is not clear when the process will begin.