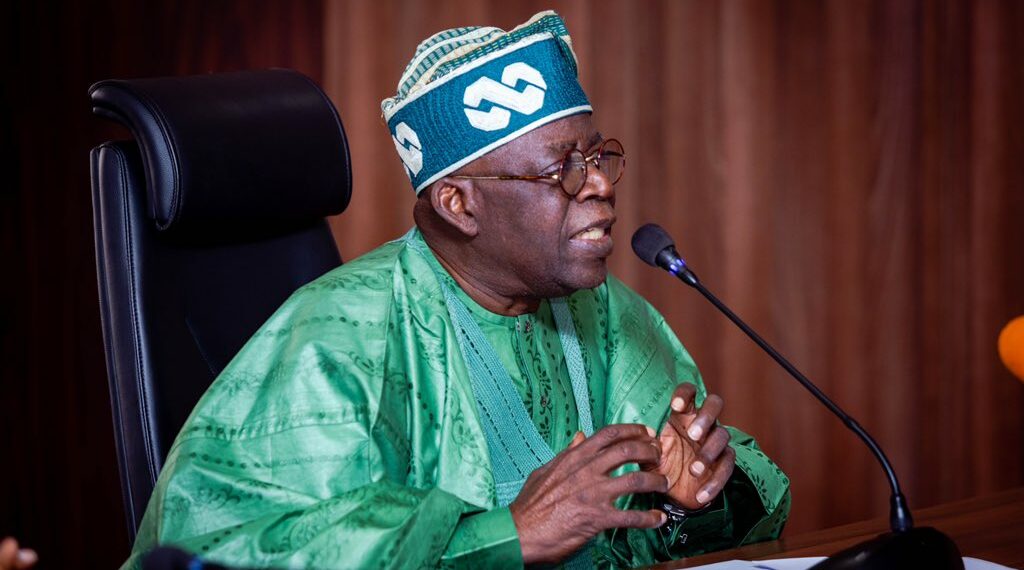 Mr Tinubu emerged the presidential candidate of the ruling APC on June 8.

The Presidential candidate of the All Progressives Congress (APC), Bola Tinubu, says he is searching for a substantive running mate.

Mr Tinubu disclosed this in Abuja on Sunday at the book presentation; “Mr Speaker” and unveiling of the Legislative Mentorship Initiative to mark the 60 birthday of the Speaker of the House of Representatives, Femi Gbajabiamila.

On June 8, Mr Tinubu emerged as the presidential candidate of APC for the February 25, 2023 election at the party’s presidential primaries/national convention held at the Eagle Square, Abuja.

The former governor of Lagos State is yet to sort out the issue of his running mate.

Already, the name of Kabir Masari from Katsina State has been submitted to INEC in ‘place holding’ capacity.

Mr Tinubu, a Yoruba Muslim from South-west is confronted with the dilemma Muslim/Muslim ticket or pick a Christain minority from the North.

Some names have been speculated in the media as possible vice presidential candidates. They include Governors Abdullahi Ganduje of Kano State, Nasir El-Rufai of Kaduna and former Governor Kashim Shettima of Borno State. They are all Muslims.

Others are Governor Simon Lalong of Plateau State and former Adamawa senator, Binta Garba. Both are Christians.

The issue of running mate is expected to be resolved before July 15.

While praising Mr Gbajabiamila and his deputy, Idris Wase (APC, Plateau), Mr Tinubu said he will have to learn from the duo about the way they worked seamlessly together.

“I could see his deputy (Wase) sitting down there too, you are a very good symbol of unity, dependability, and honesty, thank you. Thank you for both of you. You’ve not rocked the boat. I will need to learn from both of you, how you made the pair work because I’m still searching for my running mate,” Mr Tinubu said.

He added that when he was governor, Mr Gbajabiamila was one of the first persons he consulted before initiating the payment of WAEC fees for Lagos State students.

“Femi was one of the first set of people I consulted. Are we going to say that the children of the poor are not deserving of becoming governors, doctors and engineers? I said I was afraid. He said do it. So that is how a junior brother can inspire a senior leader.

Mr Tinubu recounted how he was moved to tears when Mr Gbajabiamila lost the election to become the speaker in 2015 to former Speaker Yakubu Dogara.

“When he was challenged for the position of the speaker—I think after our merger, he worked me tirelessly— Femi is a workaholic. The problem of failure stared him in the face. He lost the election to become the Speaker.

“I was close to tears. Stamping my foot to the ground, I said we will win again. Femi keep up. Pick yourself up. I am very proud of you that you did, you didn’t give up. You did the opposition and the support job. You demonstrated what we learnt from textbooks and other authors,” he said.

In his speech, Mr Gbajabiamila said he is willing to help Mr Tinubu to get a running mate, but added jokingly that he would not do so without without a fee.

“I give you my own parting shot. It is that time again to consult with your younger brother. I will giv you a running mate that you will enjoy working with. But this time the consultation I promise you will not be for free,” he said.

Also speaking at the event, President Muhammadu Buhari, who was represented by Chief of Staff, Ibrahim Gambari, praised Mr Gbajabiamila for the harmonious relationship between the executive and the legislative arm.

“Mr President is very proud of the fact that he did not need to interfere in how the National Assembly runs because he had trust in the capacity in the leadership of the Senate and House of Representatives and therefore he feels that with capable hands in both chambers of the NASS there is no need to interfere,” he said.