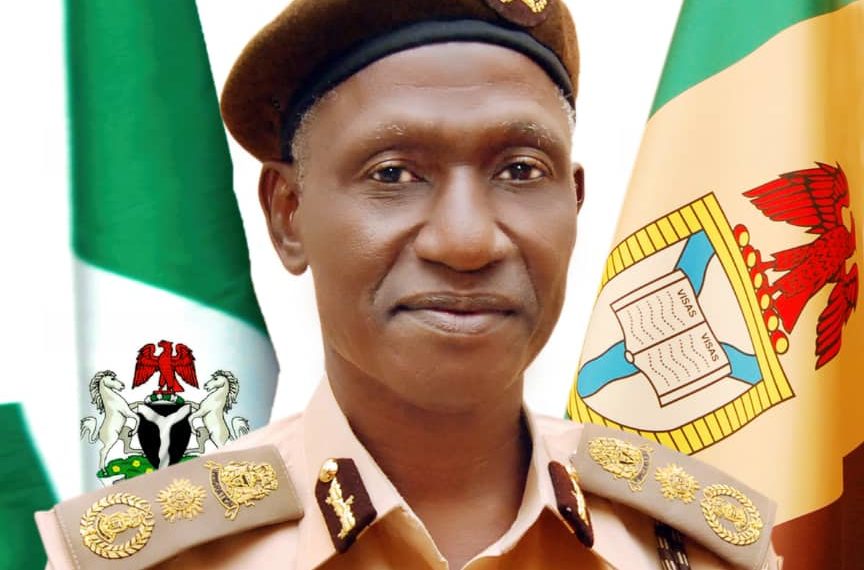 The immigration service said the documents provided by Mr Nwanini from the National Population Commission (NPC) and the National Identity Management Commission (NIMC) gave his date of birth as October 12, 2000.

The Nigerian Immigration Service (NIS), on Sunday, confirmed the age of the alleged victim of organ harvesting, David Nwamini, as 21; contradicting the claims of prosecutors in London.

Isah Idris, the comptroller general of the NIS, in a Zoom briefing with journalists, said Mr Nwanini applied for his international passport which was issued after thorough checks by the passport issuing agency.

He added that Mr Nwanini was captured for the international passport on November 2, 2021, at the Gwagwalada office of the agency.

On the same day, the Uxbridge Magistrates’ Court in London denied the couple bail.

PREMIUM TIMES reported that the prosecutors said the Ekweremadus were being charged for bringing a 15-year-old boy from Nigeria to the UK with the claim that he was to be given a better life in the UK but was actually to harvest his organ.

The prosecutors reportedly informed the court that Mr Ekweremadu procured a passport for the boy and claimed he was 21 years old but the prosecutors discovered that he was 15 years old.

Pictures of Mr Nwamini’s international passport later emerged on social media indicating his age as 21, contrary to what the prosecutors in London presented in court.

The Ekweremadus are believed to have facilitated Mr Nwamini’s trip after he agreed to donate a kidney to their sick daughter.

However, upon arriving in the UK, the young man is believed to have told the police there that he is an underage and not 21 years old as stated in his passport.

According to Mr Idris, neither the Met Police who charged the senator to court nor the senator himself has contacted the NIS since the case went public.

Some lawyers have also argued that it is illegal for anyone to be procured to donate an organ in the UK, even if the person is an adult.

The trial of the Ekweremadus continues on July 7 in the UK.