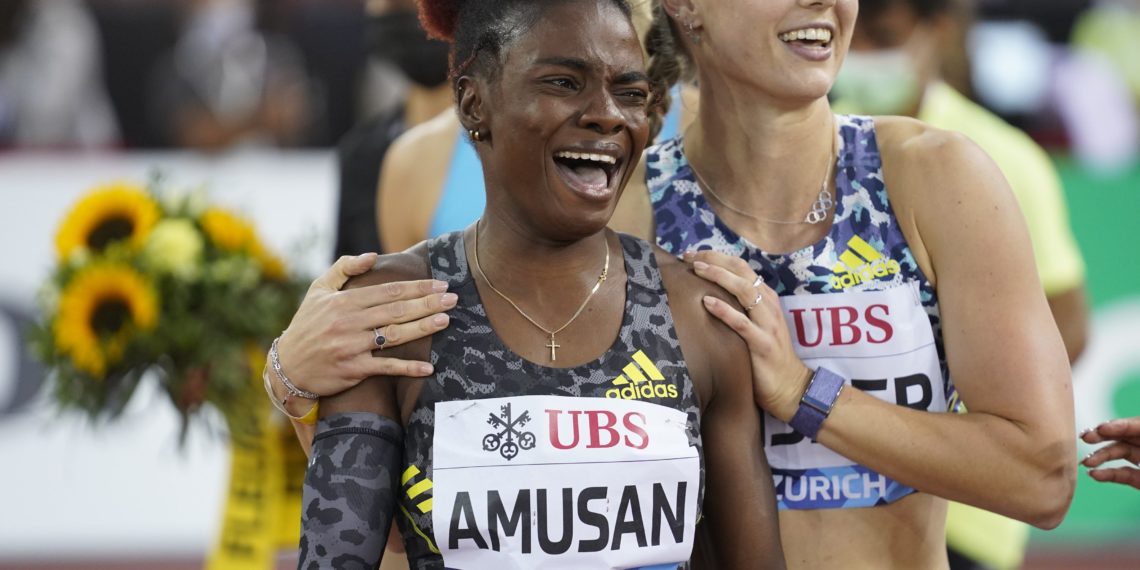 Tobi Amusan won her race in Paris with the third-fastest time in the world this year.

Nigeria’s Tobi Amusan is hitting the right note at the right time ahead of next month’s World Championship in Oregon, USA.

The sprint hurdler on Saturday set a new African record as she finished in pole position in the 100m hurdles, in 12.41 seconds, at the Diamond League meet in Paris, France.

Amusan before Saturday’s race was already the African record holder having erased the previous long-standing record held by her compatriot, Gloria Alozie.

However, while the initial record achieved at the Diamond League in Zurich nine months ago was12.42s, the 25-year-old has lowered it to a new lifetime best time of 12.41 seconds.

This is the 3rd fastest time in the world in 2022 behind Jasmine Camacho-Quinn, the reigning Olympic champion who ran 12.37 seconds early this month in Rome, Italy, and Alaysha Johnson of the USA who ran 12.40 seconds seven days ago in New York.

Going into the Paris leg of the money-spinning Diamond League, Amusan had widely been tipped to emerge tops and the Nigerian star did not disappoint; not just winning but in record-breaking fashion.

The eight maximum points she secured have moved her top of the event’s standing with 15 points. Amusan is also expected to pocket $10,000 in prize money.

Amusan’s latest win is coming a few days after she also won the 100 Hurdles event at the Paavo Nurmi Games in Turku, Finland.

Before her exploit in Finland, Amusan had also successfully defended her African title at the Senior Athletics Championship in Mauritius where she also helped Team Nigeria to gold in the 4x100m Women’s relay event.

Amusan will now shift focus to the Nigerian Athletics Championships which will take place between June 24 and 26 in Benin City, the Edo State capital.

The reigning Commonwealth Games champion is the favourite to retain the Nigerian 100m hurdles title she won last year at the Yaba College of Technology Sports complex.