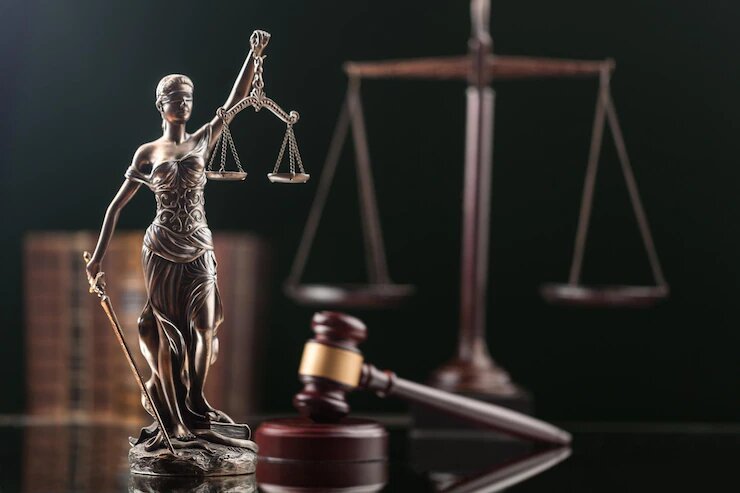 Symbol of Law and Justice

EDITORIAL: Justice must be served in Deborah’s killing

However, what beggars belief is the charge of merely "inciting breach of public peace” levelled against the two suspects that have so far been arrested.

In taking impunity to the highest level, some students of the Shehu Shagari College of Education in Sokoto State recently lynched one of their colleagues, Deborah Samuel, and burnt her remains in broad daylight. They did not stop at that; they made a video of this most inhuman and horrific act of savagery, dancing and rejoicing in a dramatic show of self-adulation. The act was heart-wrenching, barbaric, reprehensible and an assault on our humanity. Justice must be served in this case as the world is watching.

Bestiality such as this without consequences, explains why Nigeria is regarded by the rest of the world as part of countries still in the backwaters of civilisation. But it should not be so! The late Deborah, a 22-year old woman from Niger State, has since been buried by her traumatised parents, who on their own travelled to Sokoto to collect the charred remains of their daughter.

The school authorities are supposed to be loco parentis to students under their care, but those in the said school failed abysmally in the discharge of this responsibility. Clearly, they are not worthy of the positions they occupy. The young lady, seeing her death as a fait accompli, painfully intoned: “What do you hope to achieve with this?”, The school and the students involved in the dastardly act owe Nigerians more explanations about why Deborah lost her life in the manner she did, beyond the nebulous allegation of blasphemy levelled against her.

Equally, explanations are needed from the authorities on how unarmed students overpowered operatives of the State Security Service (SSS) in the school, who are supposedly armed but could not fire a single shot in the air to disperse the mob and ferry Deborah to safety.

According to reports, what ended up as a tragedy had its roots in a group on an innocuous social media platform, WhatsApp, which Deborah’s course mate, known as Rakia, had set up for the ease of communication on class assignments, lectures and examinations. One post to her had enquired how she passed her papers in the previous semester, to which she replied that: “It is Jesus o!” At that point, there was pressure for her to retract the post, but she had demurred. As more pressure mounted, she exclaimed: “Holy Ghost fire.” She wondered how a social media platform created for a communal academic purpose had been hijacked for a religious purpose. She never mentioned any religion or religious figure in her own posts.

As is usually the case with such ghoulish circumstances, condemnations have been torrential, coming from President Muhammadu Buhari, northern governors, the Nigerian Bar Association, civil society groups, the Sultan of Sokoto, Muhammadu Sa’ad Abubakar, clerics of all religious persuasions, and public opinion moulders.

Governor Tambuwal of Sokoto State responded swiftly by imposing a 24-hour curfew on the State, following violent protests that had led to the burning and looting of shops, as well as attack on churches, in the wake of the arrest and arraignment of two suspects in the murder case. He also directed the school authorities and the security agencies to investigate the matter and fish out all the involved suspects.

However, what beggars belief is the charge of merely “inciting breach of public peace” levelled against the two suspects that have so far been arrested. It is bizarre, tendentious and unacceptable. Such a response tends to evoke in some quarters the feeling of an official imprimatur to felony or, at best, a ploy to let the suspects off the hook. In castigating the action, a Senior Advocate of Nigeria, Ebun-Olu Adegboruwa, said it was “an insult to the sensibilities of Nigerians and God who created Deborah.” This is the plain truth!

It is sickening that more than a week after Deborah was gruesomely murdered, the two demented fellows who appeared in a video confessing their roles in the homicide have not been arrested. When murders like this take place in any country where law and order means something, within an hour, the area of the crime is subjected to a total lockdown in a manhunt for the suspect(s), who are put on trial immediately they are arrested. It happened in the recent Buffalo mass shooting in New York, USA. These two suspects who remain at large in the immolation of Deborah Samuel in Sokoto must be arrested without further delay and made to face the full weight of the law. The innocent blood of Deborah is crying for justice and must be appeased. This is the least the authorities are expected to do, not just to condemn the act and move on.

Life is sacrosanct as expressly stated in Section 33 of the 1999 Constitution (amended), where it is proclaimed that: “Every person has the right to life and no one shall be deprived intentionally of his life.” The point must be emphasised that it is not only the savages that lynched Deborah that are on trial, the government is equally more so, because often times it is deficit, capricious, and aloof, in enforcing the supremacy of our Constitution, which it swore to uphold.

In more ways than one, the lack of penal clampdown and the penchant for paying lip service to the secularity of the Nigerian state – also guaranteed by the constitution – are at the heart of groups, or persons, seeing themselves as above the law, and as such can easily take the lives of their fellow citizens without remorse.

In Nigeria, murder is a capital offence against the state. Therefore, the Sokoto State government and the Federal Government must take decisive action to enforce the law, and they should be seen to have been done so, in the interest of justice.

Besides, Deborah’s family needs psycho-social support from all quarters for them to deal with what happened to her. The Niger State and Sokoto State governments should extend this much-needed support at this most trying moment to the family.

APC to decide on zoning after screening presidential aspirants – Adamu